Tecta X Open
Utopia is on the road

Following the concept of British architect Peter Smithson – Utopia is on the road – the Swiss bicycle maker OPEN has launched a collection that is fast tracking the Bauhaus.

Bauhaus: Ride a bike! Marcel Breuer was already fascinated by the momentum of rolling: “My flight of fancy – which came to me whilst cycling in a train of thought that led from the handlebars of my bicycle to the engineering of tubular steel furniture – quite unexpectedly spread across the globe.” In 1937 the designer thus described the ground-breaking innovation inspired by his bent bicycle handlebars: the development of tubular steel furniture. Like many other artists of the Weimar Republic, Marcel Breuer was a keen cyclist.

Georg Kaiser, one of the most eminent playwrights of the 1920s, said in his essay Anti Auto, Fahrrad (Anti Car, Bicycle) that the motorist is driven whereas his muscles produce nothing. He had long since come to the conclusion that “mankind has been gifted the bicycle to compensate for all the scourges of technology,” and he adds: “the motorist has shrunk the earth and deprived himself of the adventure of going off the beaten track. No rules apply to the cyclist … he rehabilitates creation.”

“Our architecture rolls, swings, flies”.
A visionary, especially from today‘s point of view. And the generation of Bauhaus creators who collaborated prolifically with Tecta, also continued to experiment with this topic: “Everything will sway and float in the air,” said El Lissitzky, and even Marcel Breuer never lost his passion for dynamic movement. In 1928 he combined a bicycle with a couch to create a chaiselongue on wheels; uniting relaxation and movement in one piece of furniture. His concept remained a sketch until Tecta realised the wheeled chaiselongue as the F 41E, which has been rolling from sun to shade since 1984. Mobility and flexibility are also the hallmarks of other products by the furniture maker. And they should be understood as part of Tecta‘s brand DNA. This also goes for the M4R trolley with its large spoked wheels; likewise the chairs and armchairs on wheels – everything is in motion, full of dynamic movement, floating and swaying, as El Lissitzky put it. And now, Swiss bicycle maker Open has created a collection that interacts with Tecta and the Bauhaus. “Just like furniture, the bicycle is constantly evolving. I was obsessed by the idea that it could be interesting to combine design and the Bauhaus school with cycling,” says Tecta’s Christian Drescher. “After all, it was his bicycle handlebars that inspired Marcel Breuer to create his first tubular steel furniture in 1925.” Drescher found the right ally in Andy Kessler of the Swiss bike maker Open. “I love architecture and I love furniture,” says Kessler, “Bauhaus has always meant something to me. When Christian reached out to me a year ago, I was absolutely thrilled right away: I love furniture, he loves bikes, and that paved the way to a joint bicycle edition.” At first, only the ideas were on the table. Today Tecta offers three radically different racing bikes with constructions based on Open’s three frame models. Due to their special geometry, they can be fitted with thinner road bike wheels, profiled gravel, cyclo-cross or extremely wide mountain bike wheels and the corresponding groupsets. They combine features that would have made strict distinctions between racing bikes, touring bikes and mountain bikes just a few years ago: excellent comfort and performance, speed on paved roads as well as on rough gravel and forest tracks. At the same time a dynamic ride experience and the option to carry luggage. Graphic designer and illustrator Dominik Kirgus of the Cologne-based Studio für Gestaltung developed the new special frame finishes for Tecta. They are inspired by the designs of textile artist and Bauhaus teacher Anni Albers. 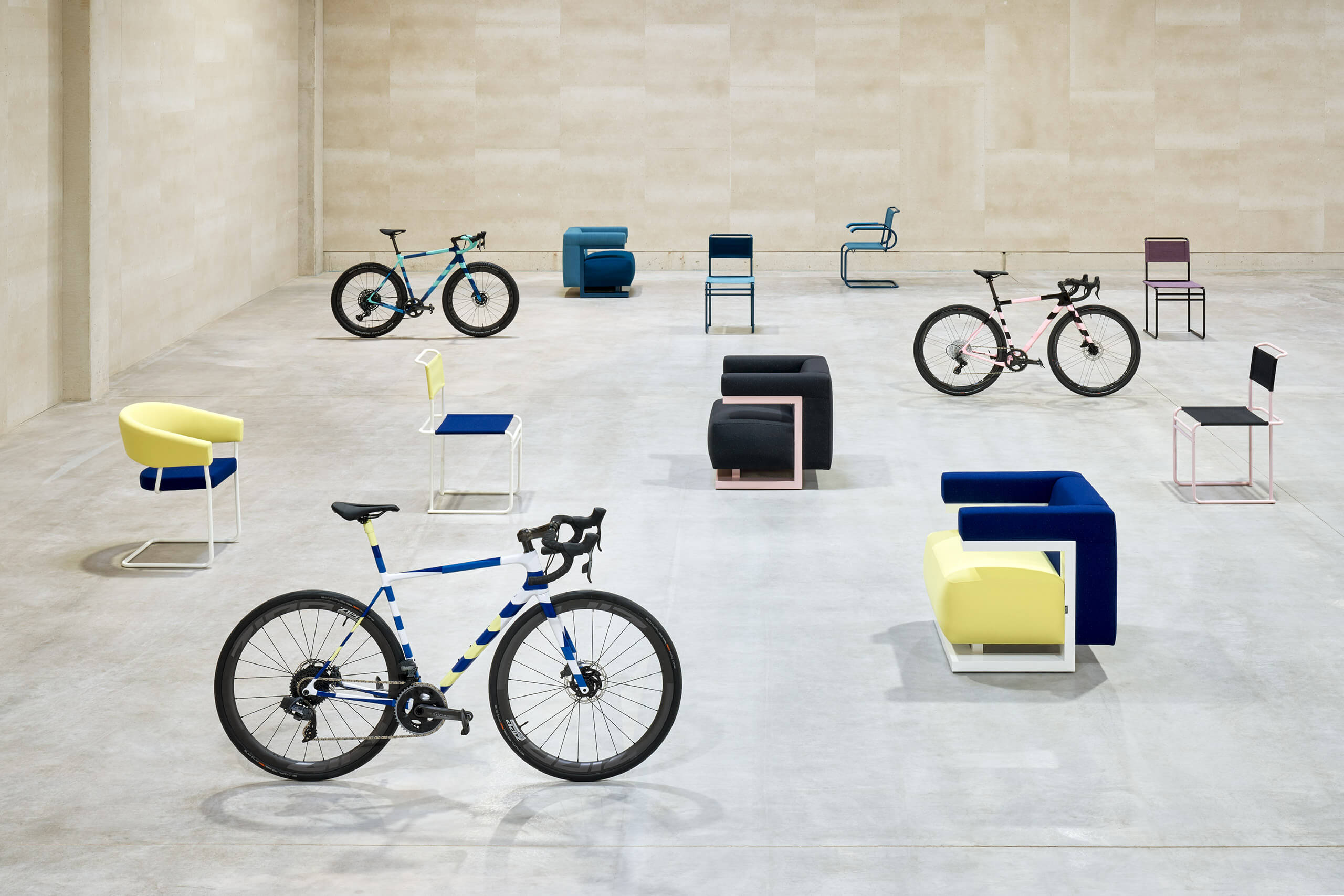 “Bike frames are not a flat surface, you have to think around the corner,” says Dominik Kirgus. The challenge was to design around differently shaped round tubes of various sizes. He was inspired by the work of German-American artist Anni Albers, her ability not only to marry abstract art with traditional weaving techniques, but also to combine it with the medium of colour and colour theory. This allowed Kirgus to create stringent colour compositions that give both the bicycles and the furniture a new character. A dialogue between colours, shapes and materials, between colour relationships and precisely calculated quantities. 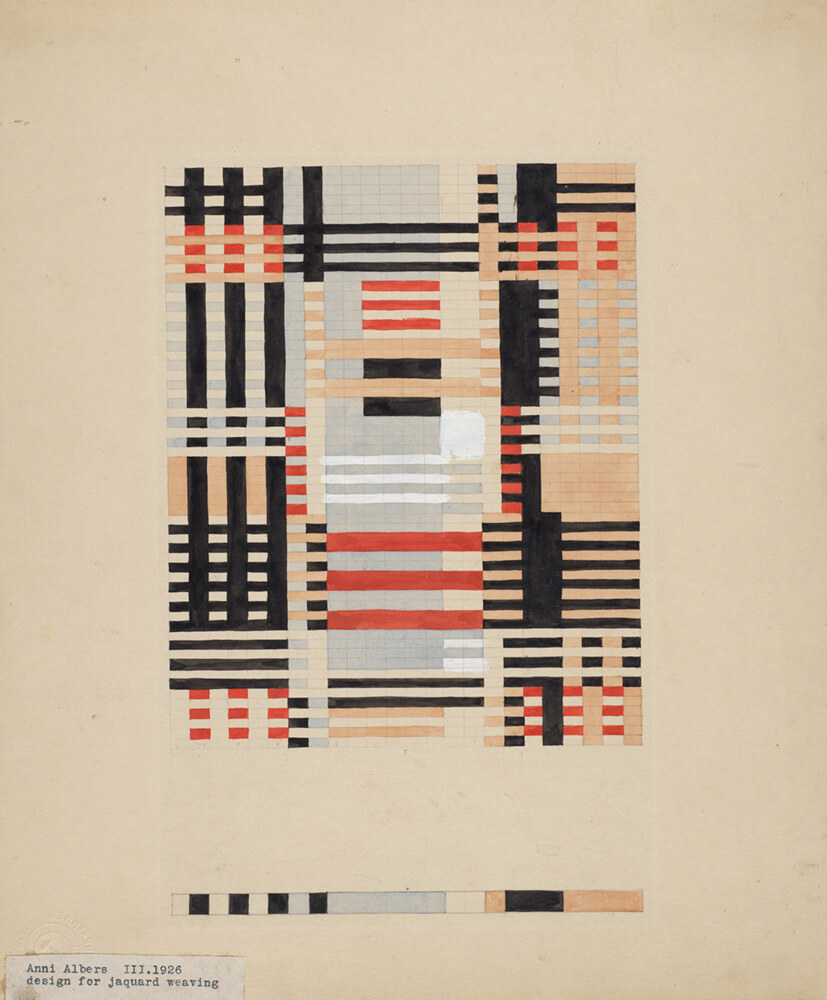 Lyonel Feininger, 1898 on his bicycle the Cleveland brand 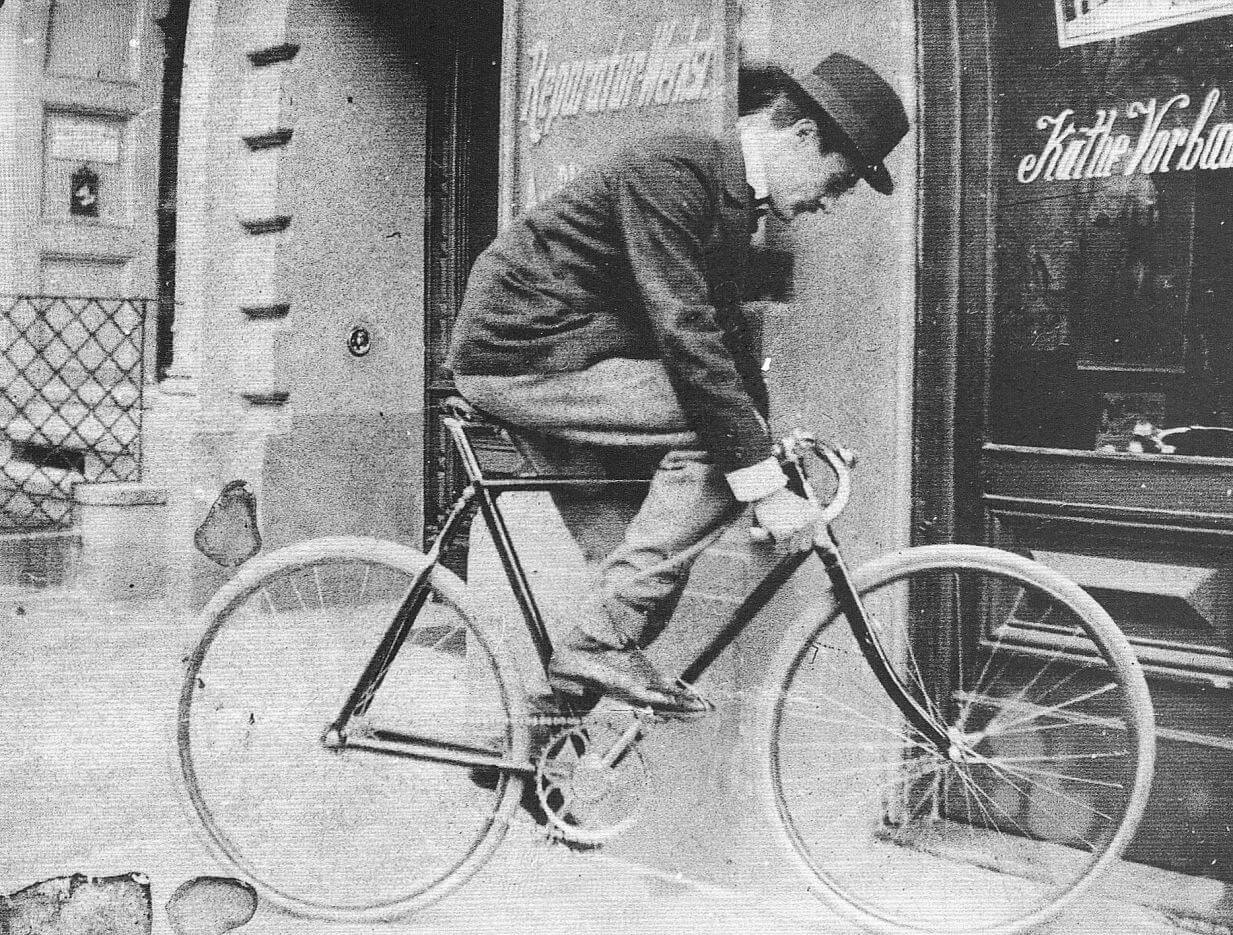 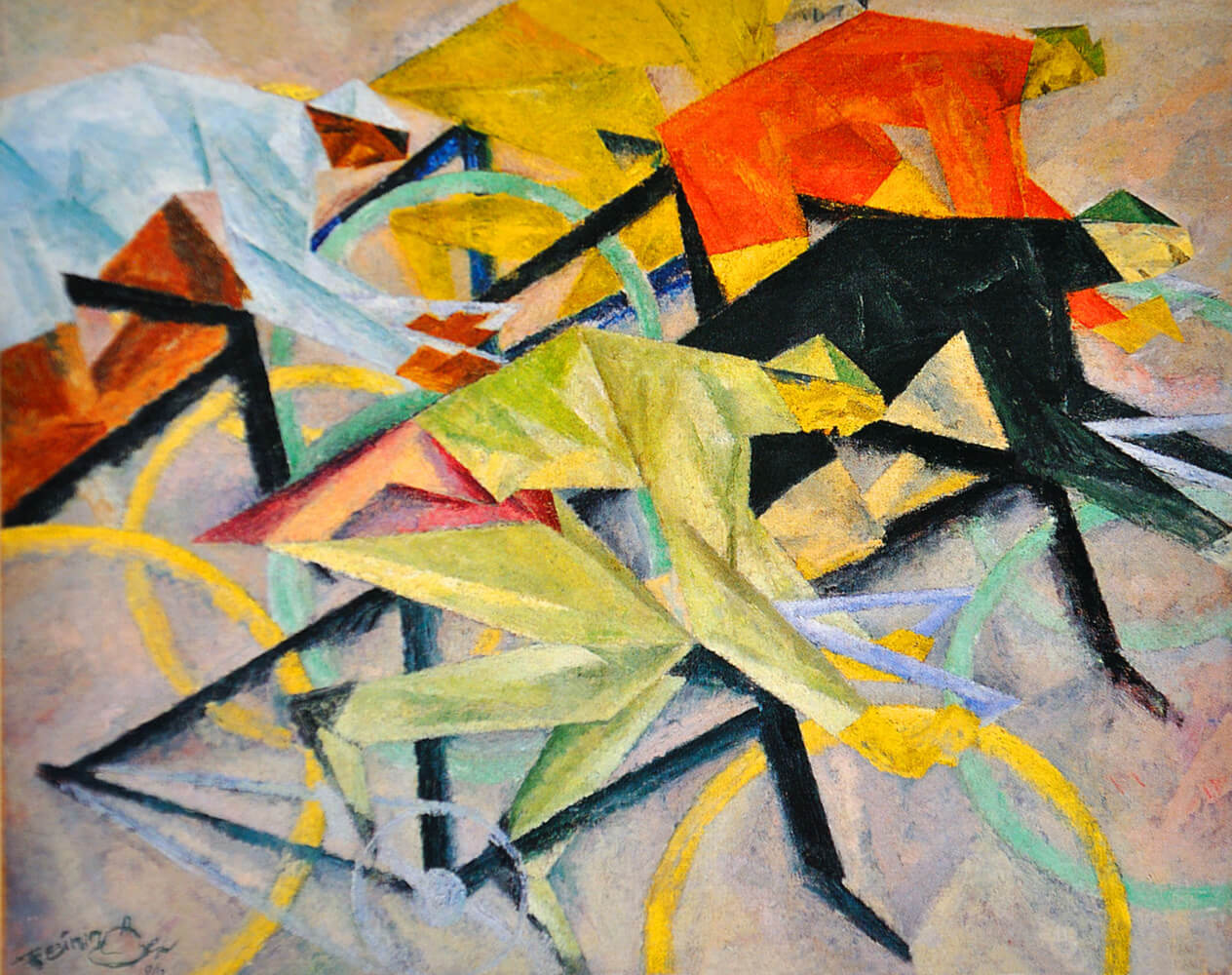 Another Bauhaus artist with a penchant for bicycle mobility was Lyonel Feininger. From Heringsdorf he would explore the countryside on his bike. The artist was a cycling idealist who rode modern, high-tech Cleveland-Ohio bikes. He always needed to have the latest racing bike, as he expected to ride around 10,000 kilometres a year. In Usedom’s Achterland Feininger created his famous nature sketches, absorbing the landscape and colours. The bicycle became a key element of his tours in Thuringia and along the Baltic coast. 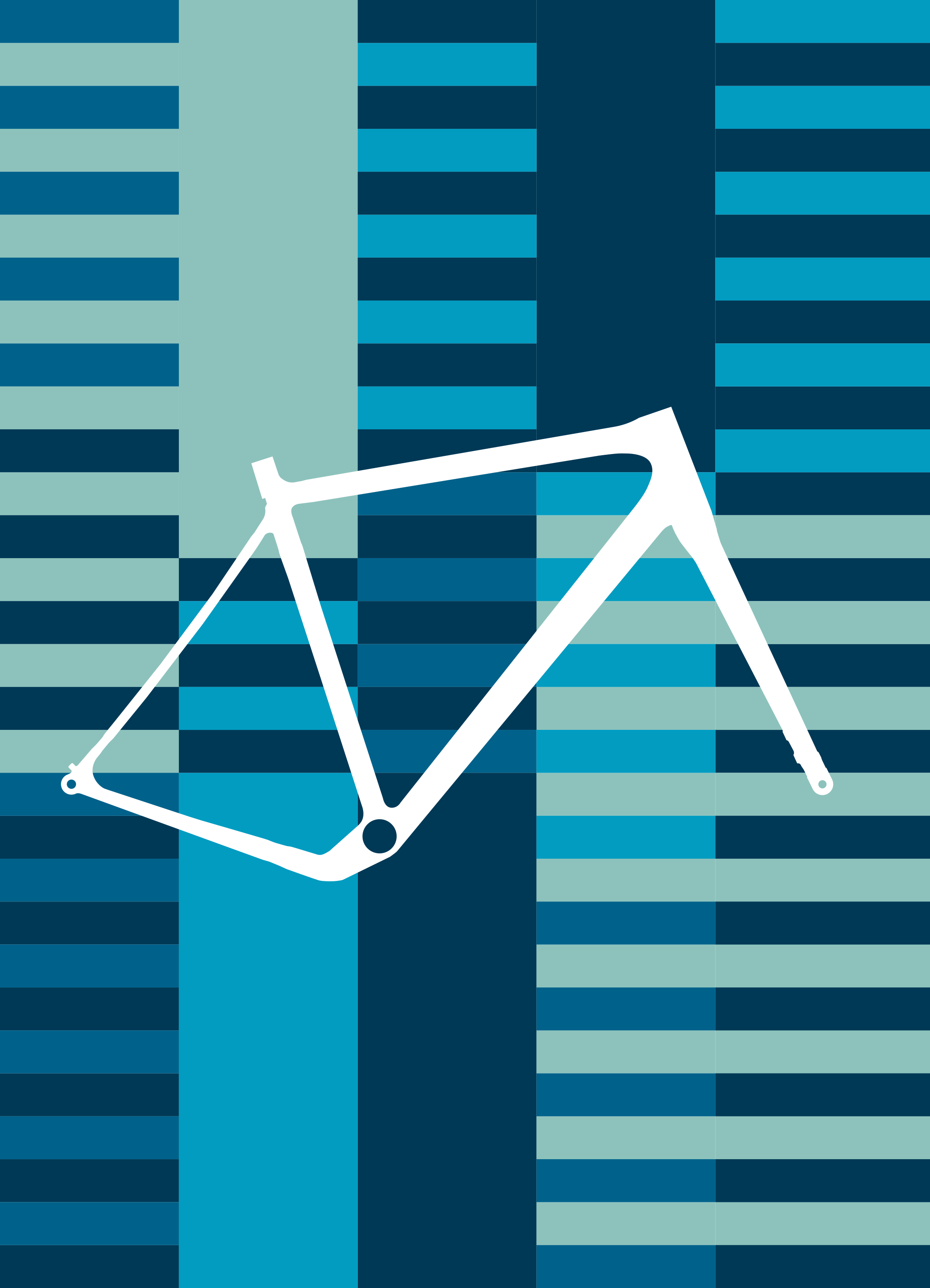 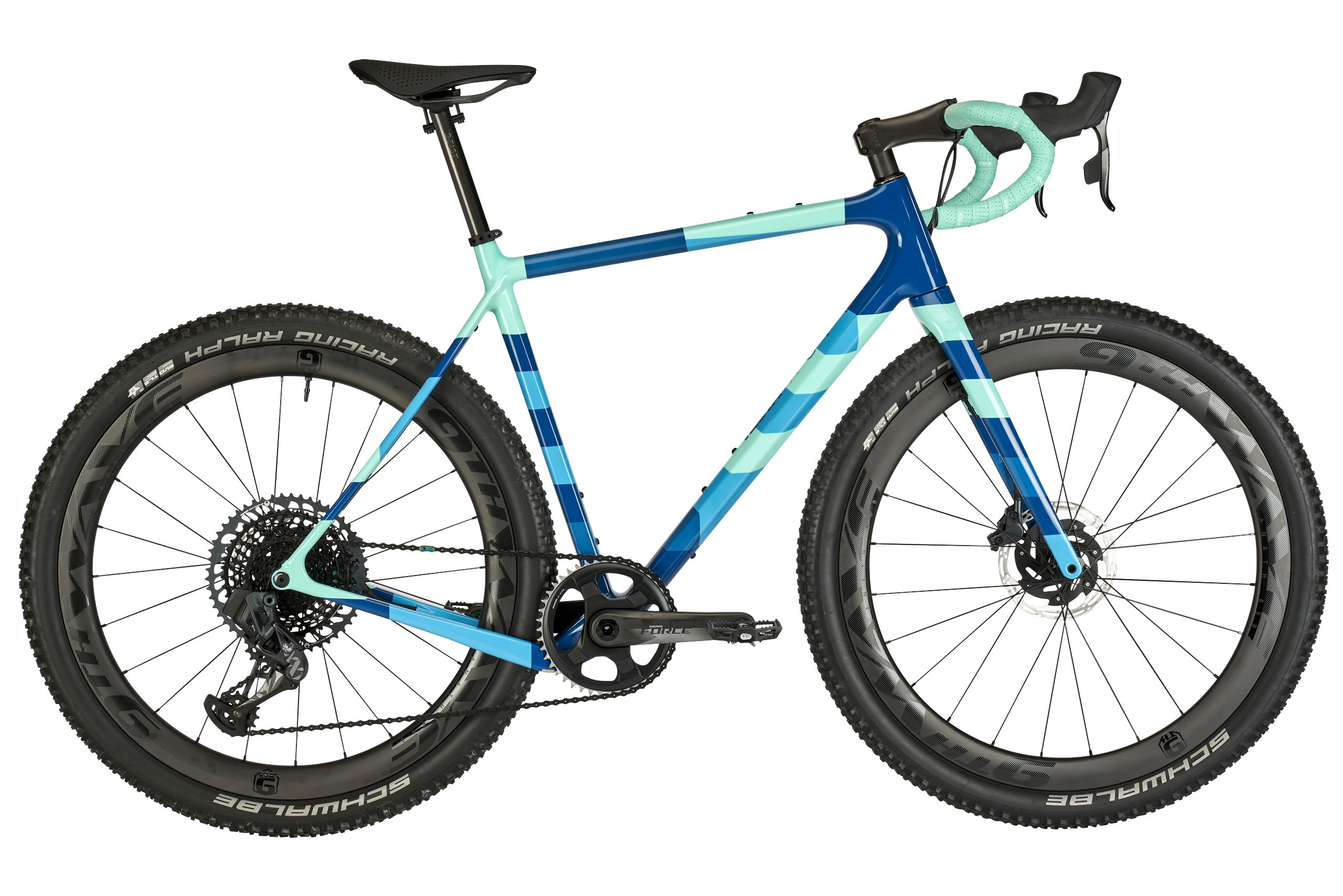 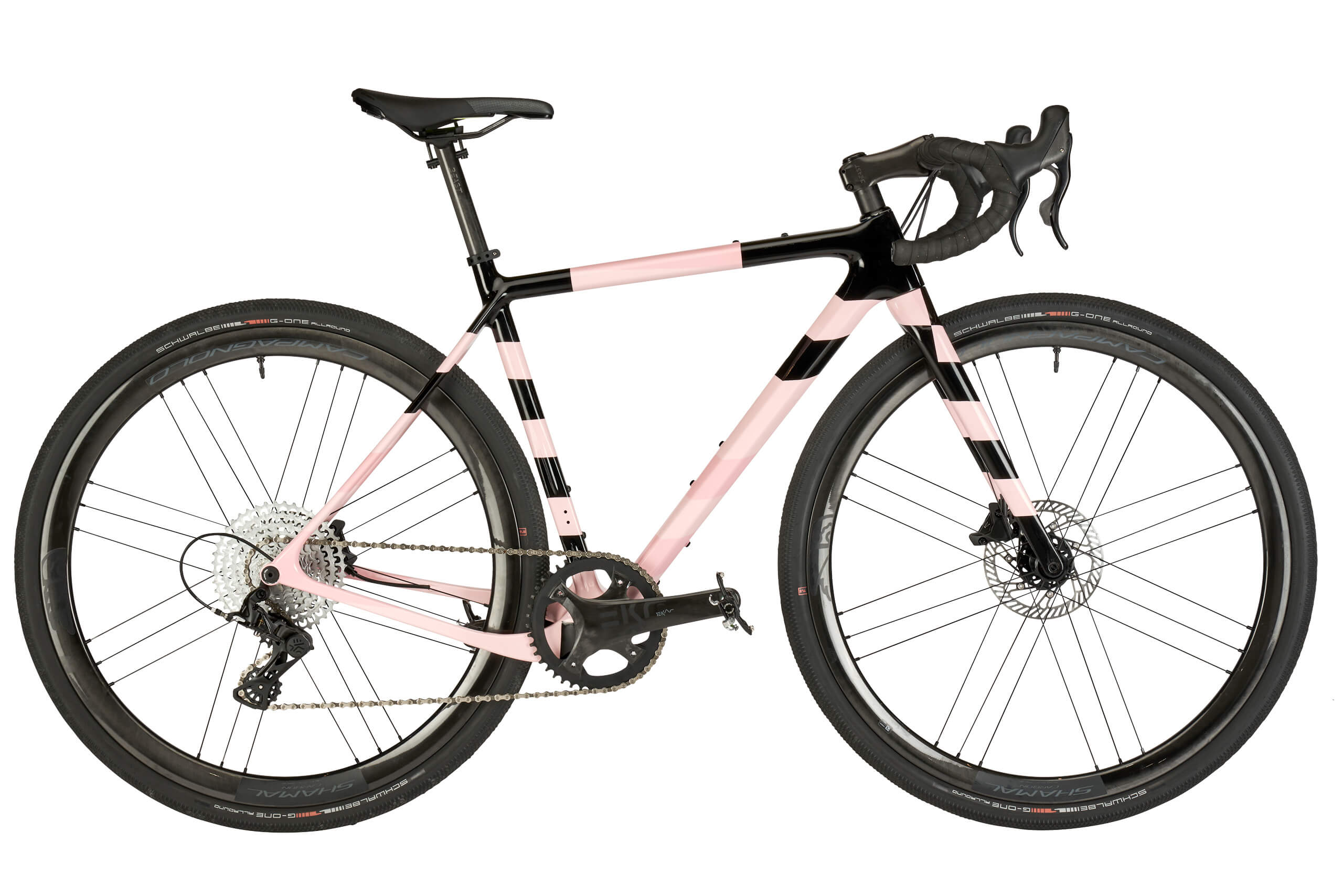 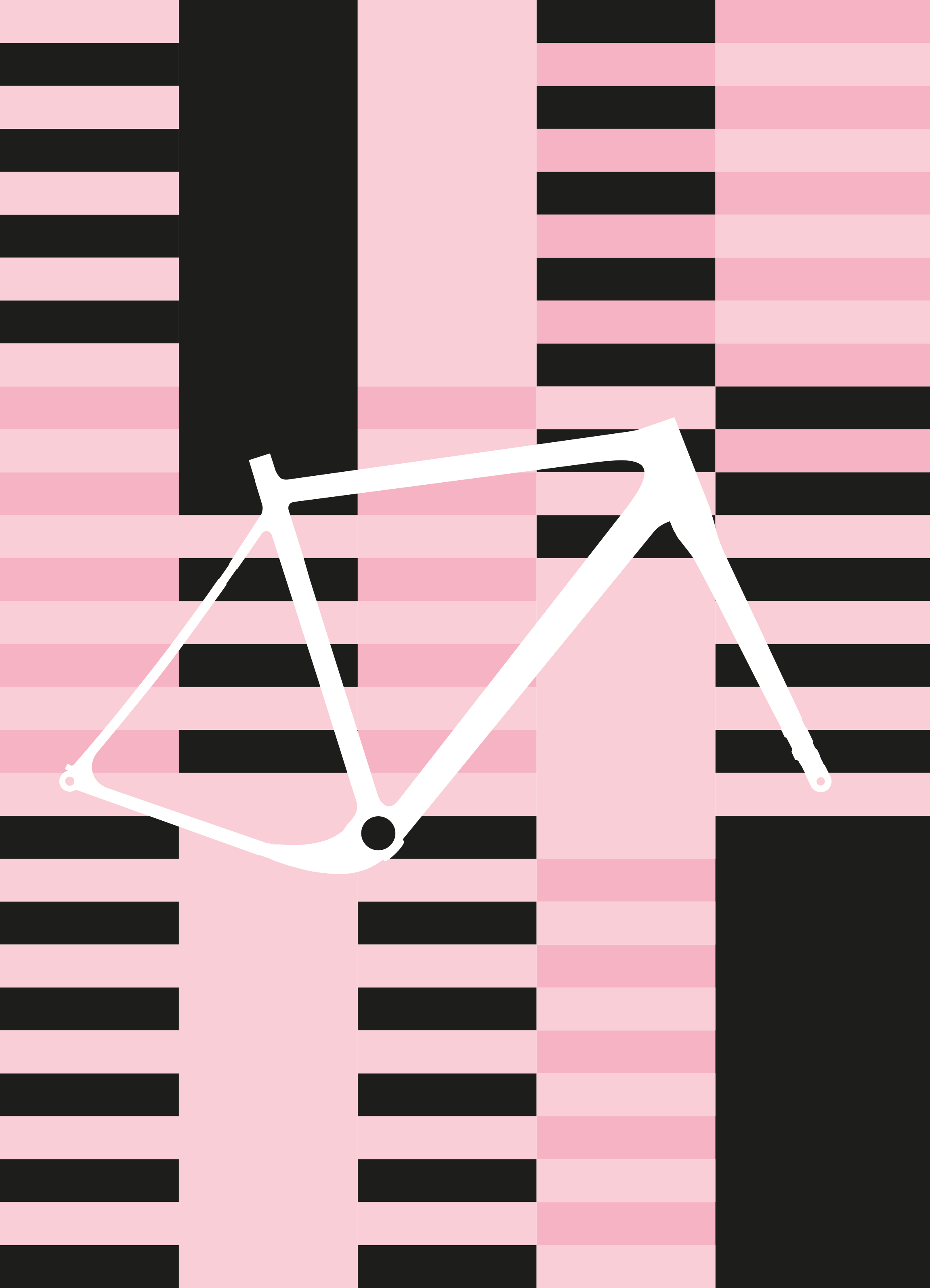 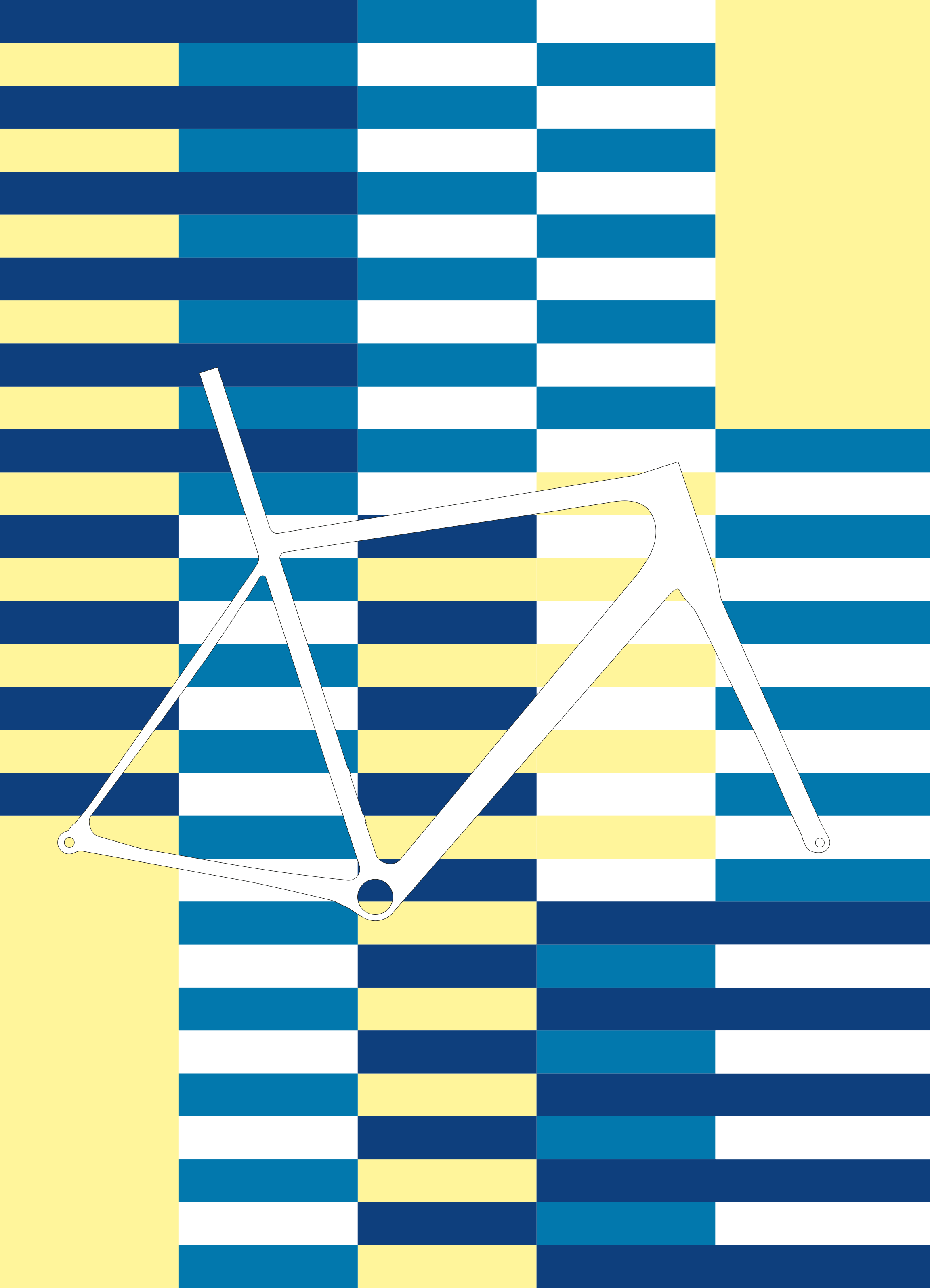 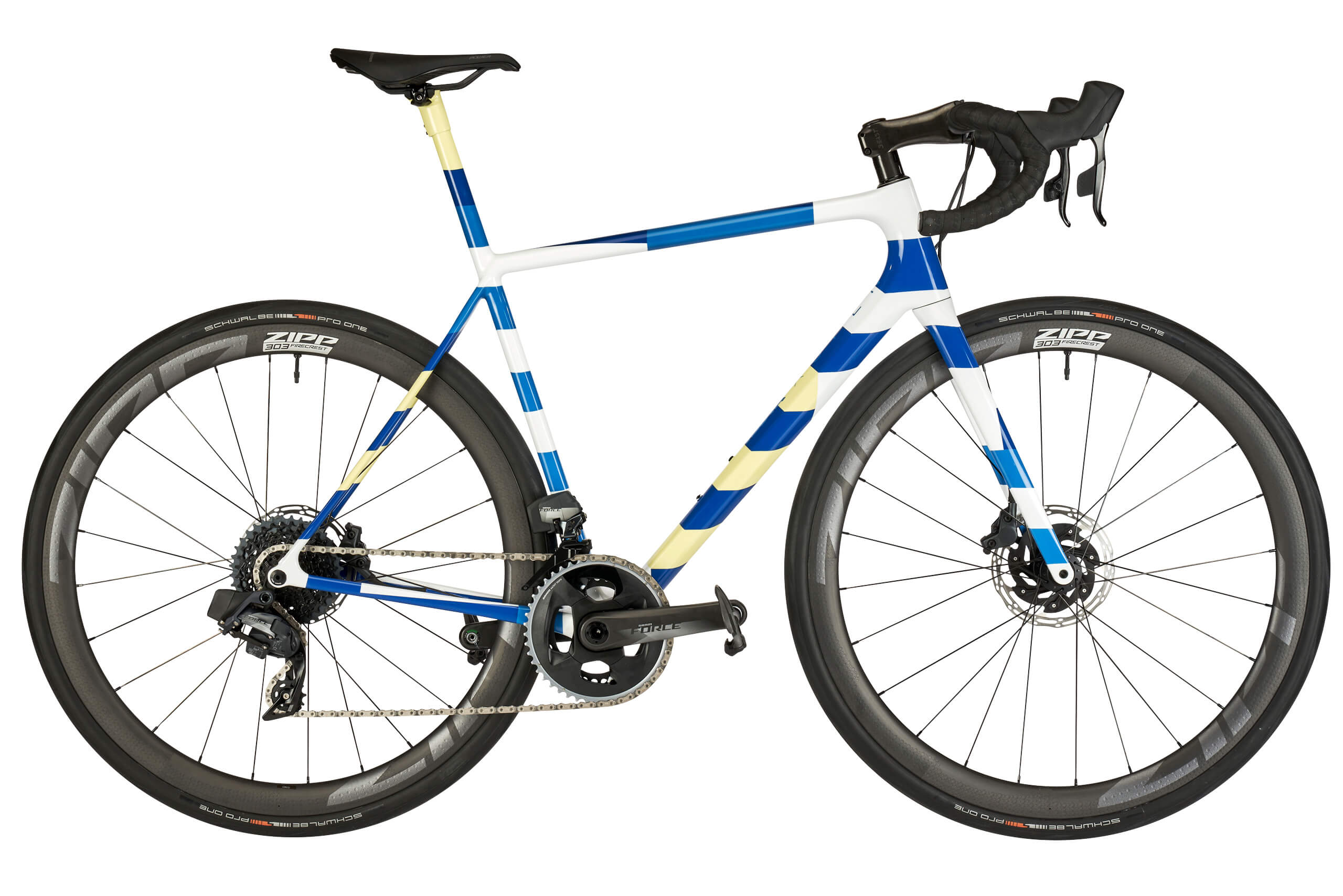 Colourful is my favourite colour

Tradition-conscious and at the same time uncompromisingly modern: the new Tecta X OPEN Edition color designs based on the compositions of Bauhaus artist Anni Albers.

She was a pioneering artist of abstract modernism, created textiles that unfolded architectural qualities, combined colors that resulted in a large collection of picture weavings, wall hangings and architectural fabrics: Anni Albers (1899-1994), artist, Bauhaus teacher, reinventor of weaving practice, led textile art forward. „To let threads articulate again and find a form for themselves, for no other purpose than their own orchestration, not to sit on, walk on, just to look at.“ this is how Anni Albers, who incidentally was friends with composer John Cage, viewed what she did. Albers played with the threads of her loom, just as Cage experimented on his piano and in the orchestra.

The artist maintained a close relationship with her materials, tradition-conscious and uncompromisingly modern, her textile fabrics took on a relationship with the architectural features of their surroundings. They were rediscovered for the new Tecta X OPEN collection.

„The Bauhäusler worked very colorful, that few people know,“ says Tobias Groß from the Studio für Gestaltung in Cologne. Thinking Anni Alber‘s color composition further, transferring them to wheels and furniture, was an exciting moment for him and designer Dominik Kirgus. „With the Bauhaus furniture, we are entering an interesting field for this purpose; its forms are calm, classic, reduced and thus open to new color impulses,“ says Tobias Groß.

Dominik Kirgus from the Studio für Gestaltung selected four Tecta furniture classics to apply the color scheme he designed for the frames of the OPEN wheels to furniture as well. Radiant impulses like the collection in blue/yellow, which give new impetus to the classic F51 by Walter Gropius, the B40 by Marcel Breuer or the D9 by Wolfgang Hartauer. If with them the furniture becomes a statement in the room, there are also the calmer, harmonious turquoise tones of the F51,
D40 or B40, which tend to blend in. Also standing on their own are the Bauhaus classics in black and expressive pink. Following Anni Albers‘ example, the colors here also play with the architecture of the furniture – for example, the F51, whose geometric wooden frame in pink with a black fabric by Kvadrat creates an exciting interplay of surfaces. This is how the small, fine edition was created as a tribute to Anni Albers. Tradition-conscious and uncompromisingly modern – just like the weaver‘s designs, which were ahead of their time and even then reflected the entire architectural range of textiles. At the same time, Tecta makes clear what distinguishes its own manufactory: producing individual ideas in small editions that are already tomorrow‘s classics.

Video »Utopia is on the Road« 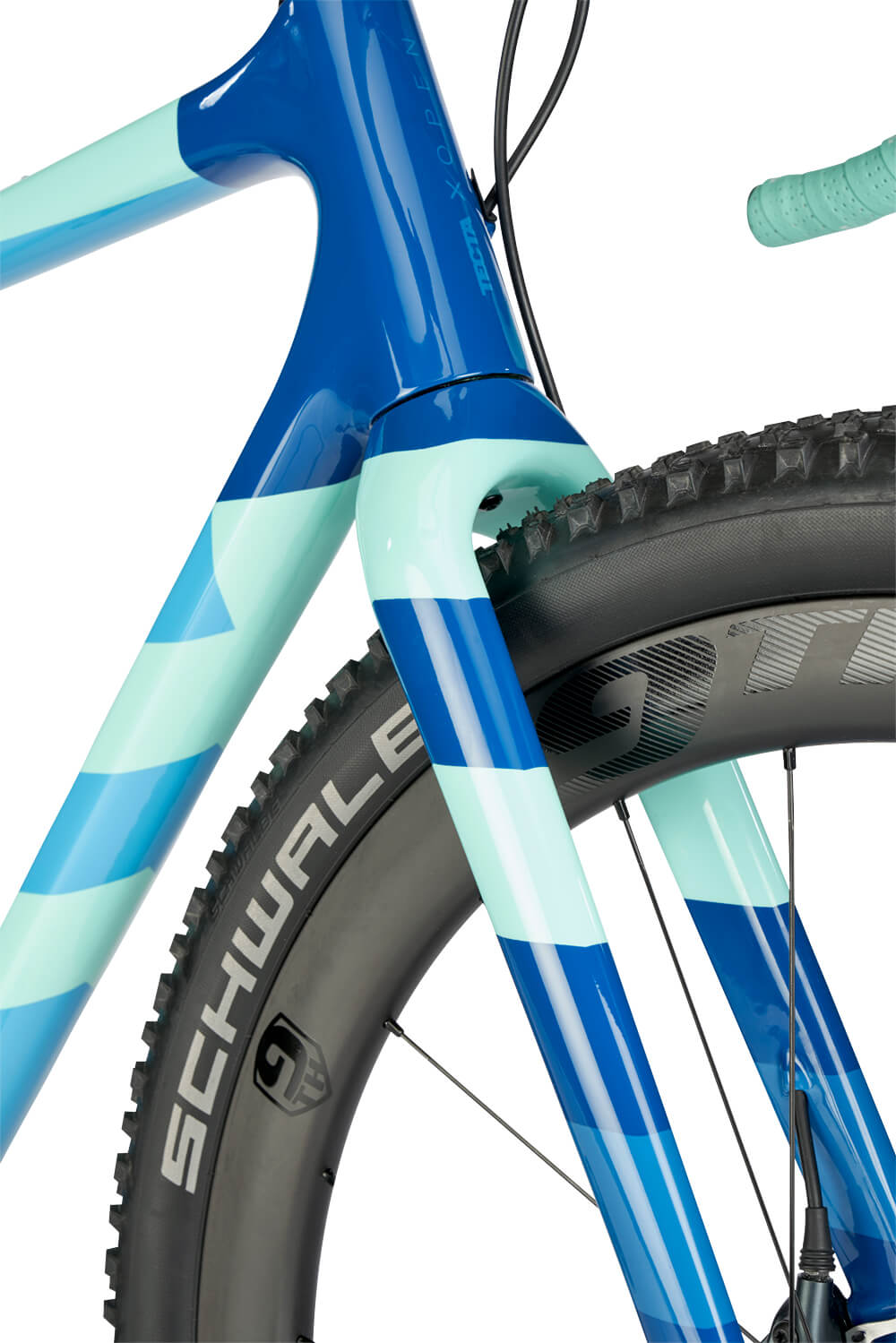 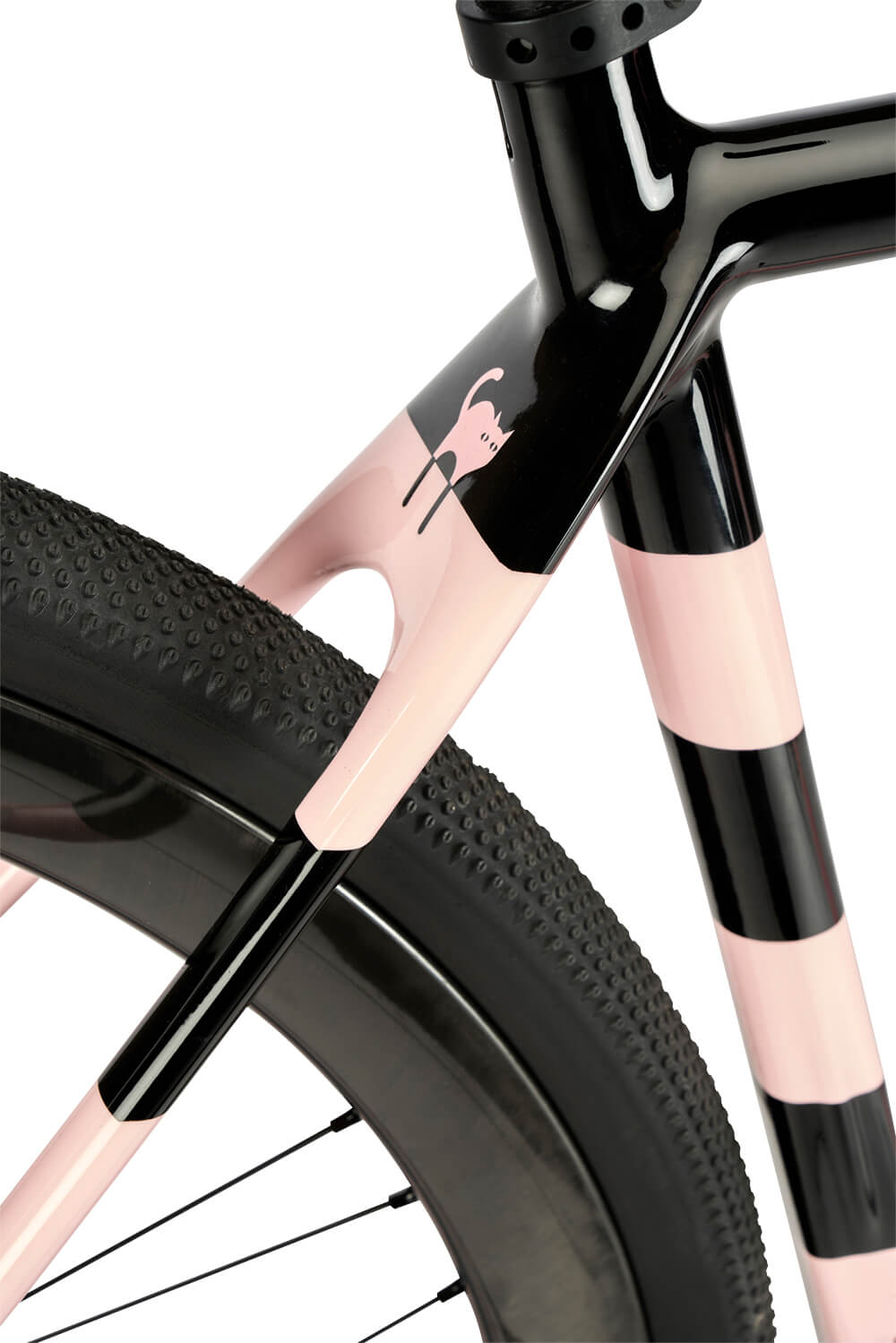 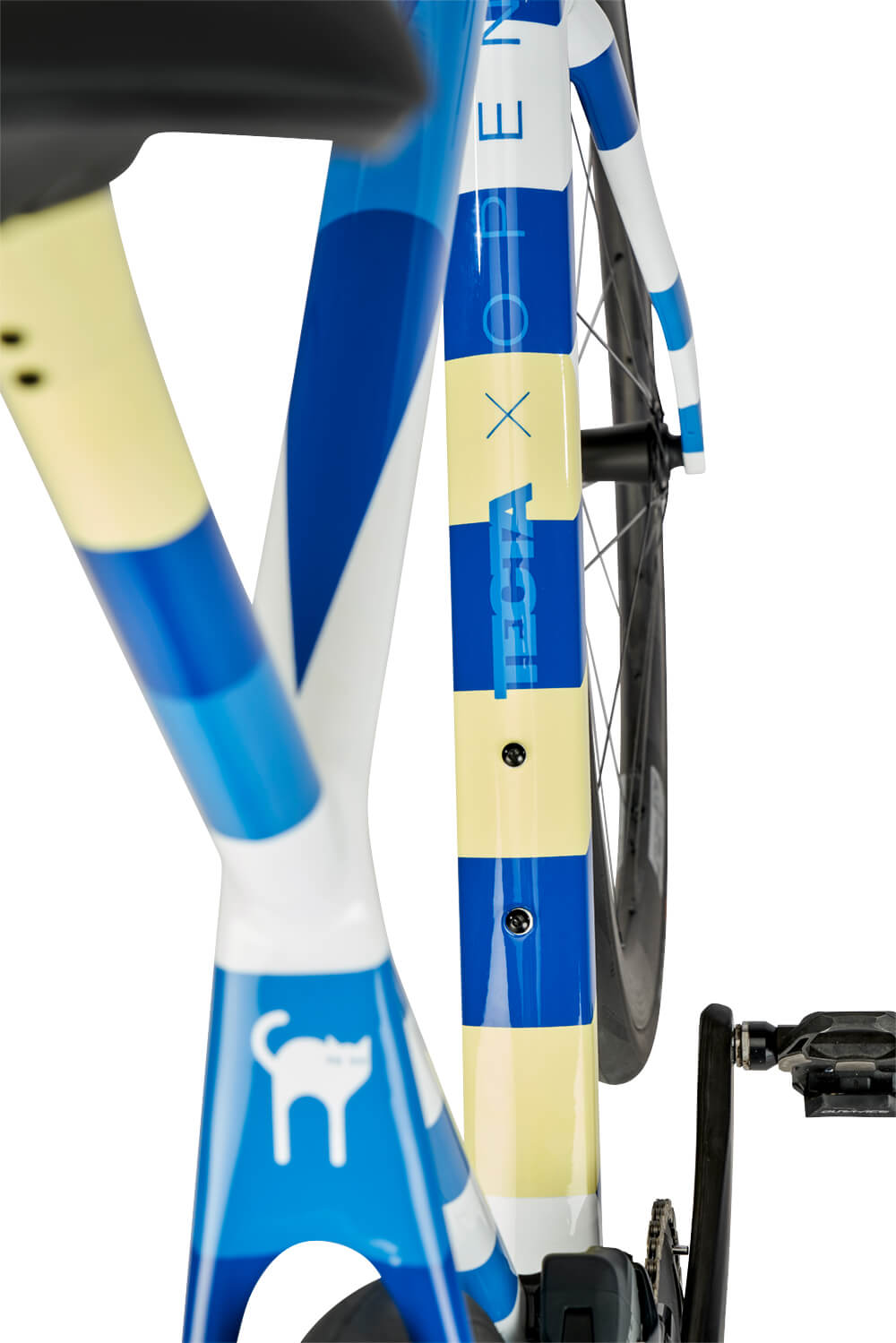 The delivery of the bikes, backgrounds and first details are documented on the successful Youtube channel of Enjoyyourbike. (Video in german) 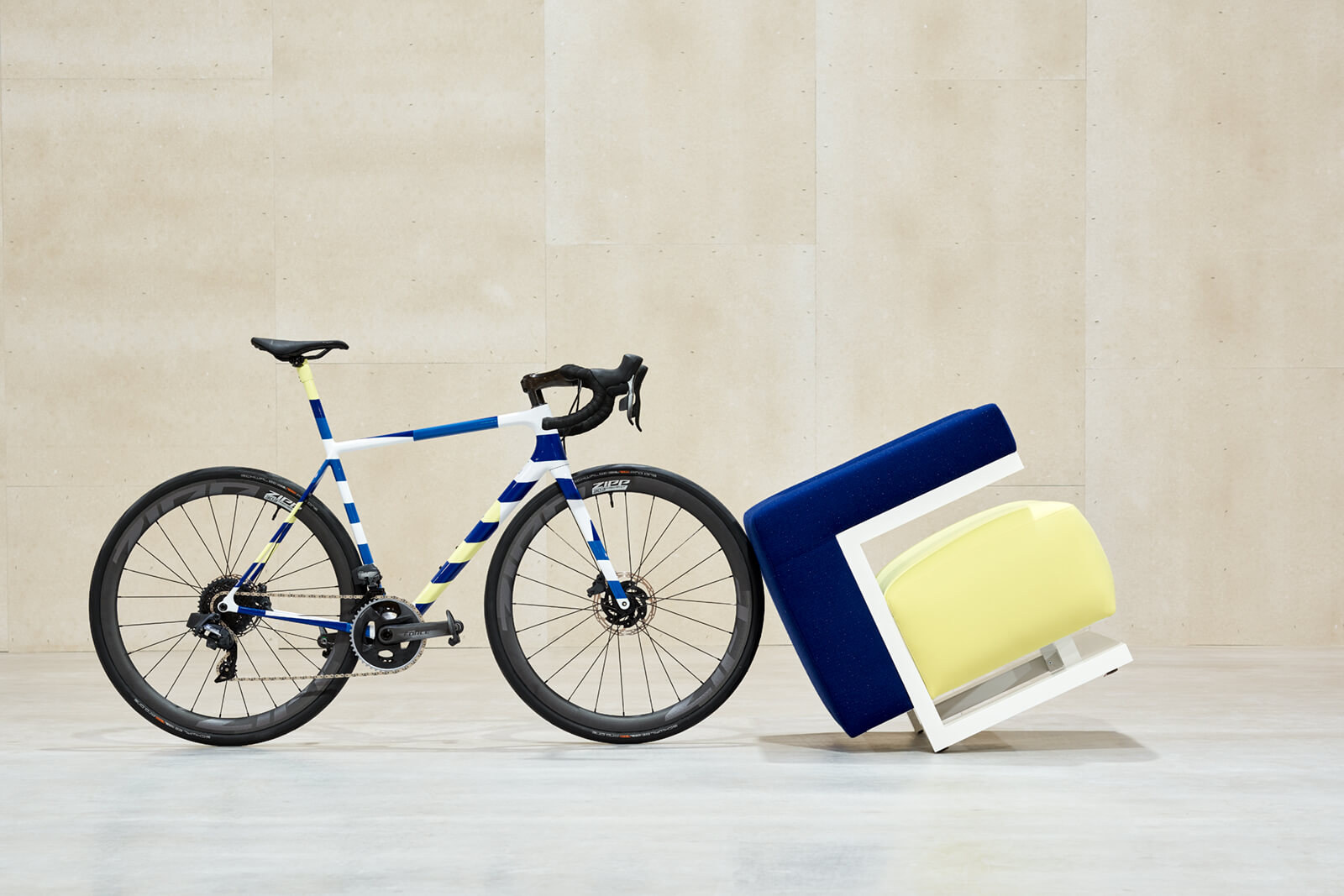