From generation to generation: the Tecta Landscape from A&P Smithson to Andree Weißert

Clarity and radical reduction: for the extension of the Tecta Landscape, Andree Weißert found an empathetic response to the language of the site. It rounds off the north side of the Tecta landscape park with a pared-down wooden structure. A showroom like a sculpture – with clean lines, native wood and a touch of poetry. 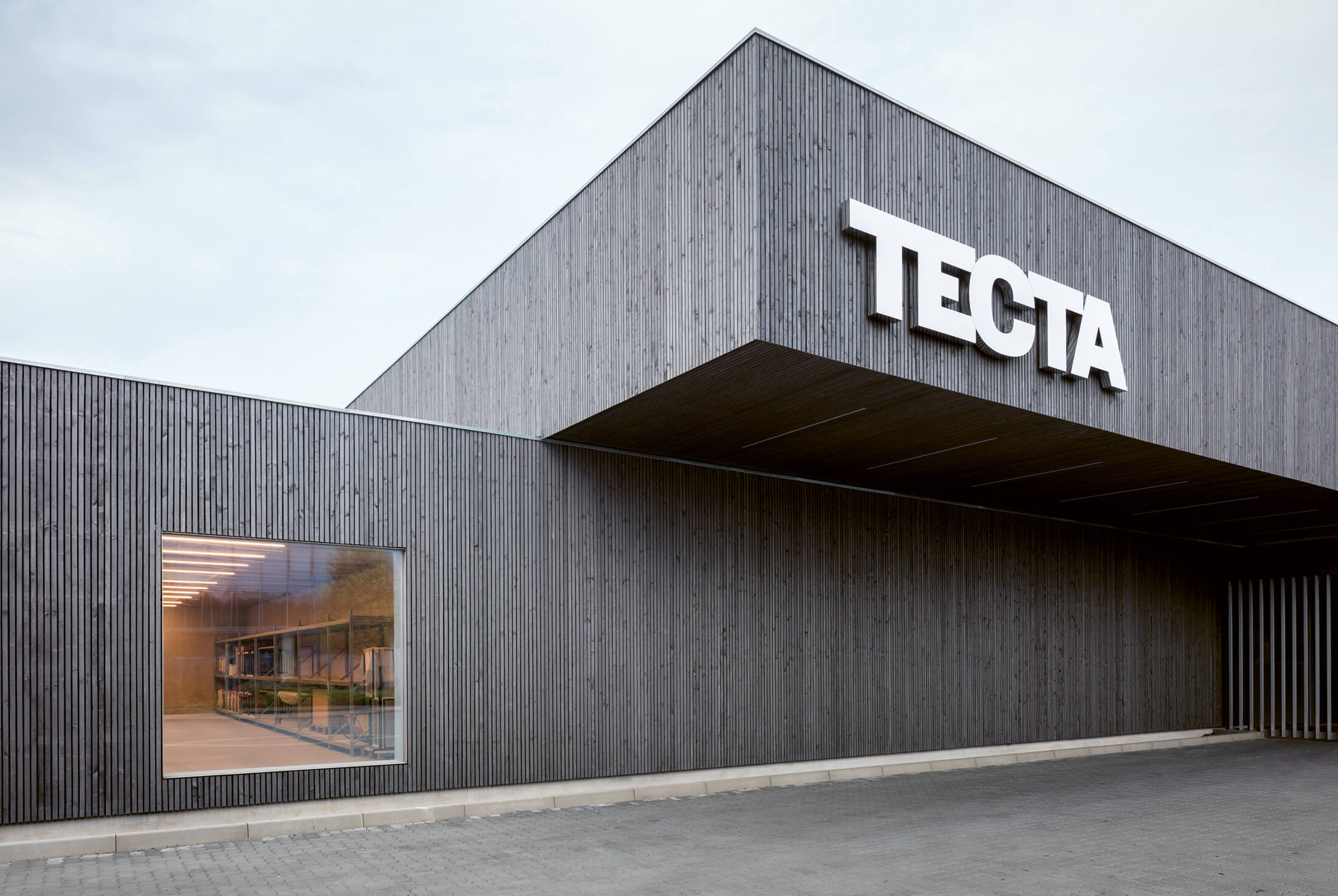 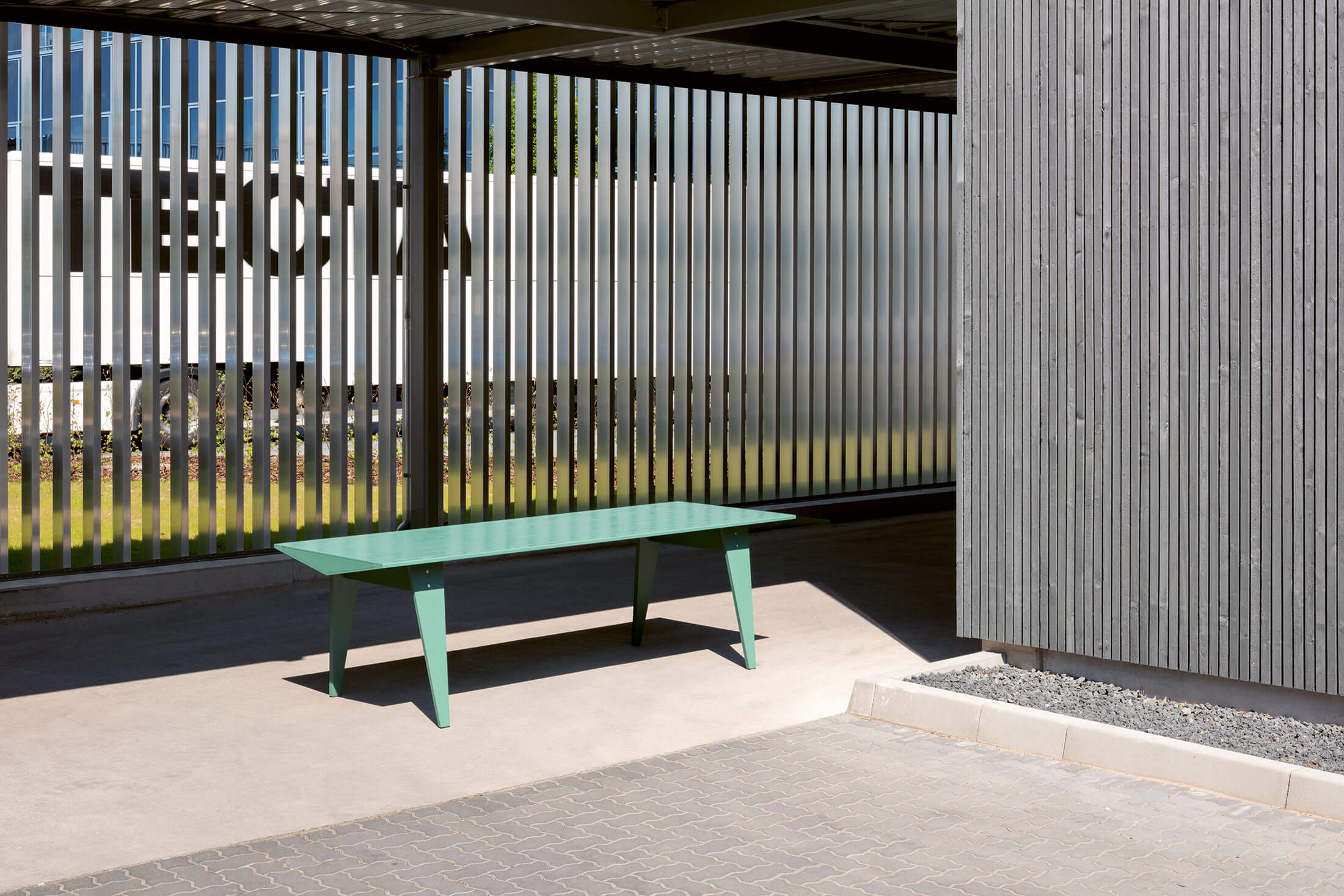 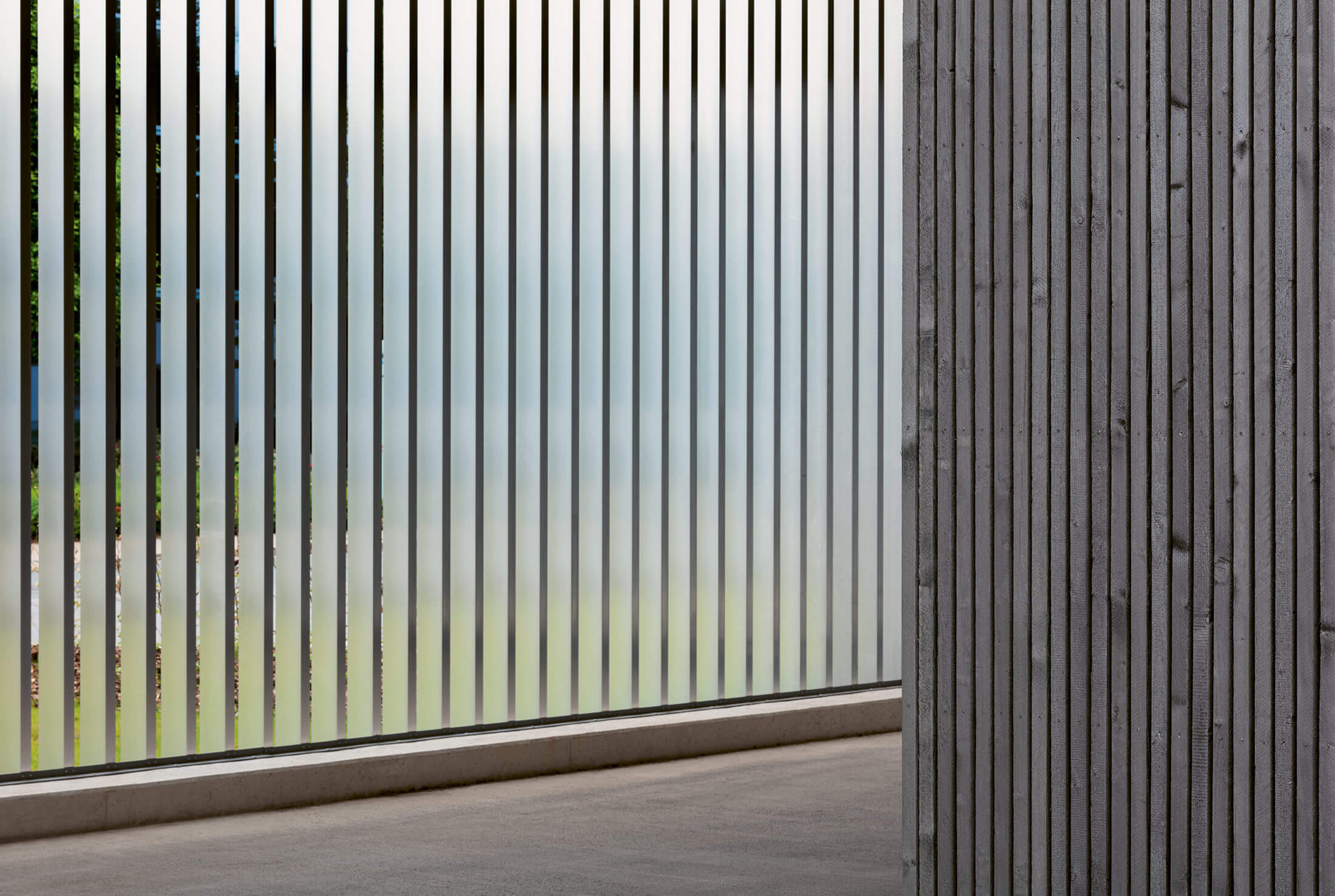 A cantilever chair scrapes the dappled clouds of the Lauenförde sky. Set on a 15-metre red steel obelisk. Like a lighthouse, the installation “Ten chairs of Lauenförde” radiates from high above as a landmark of the Tecta landscape, with airy buildings, structures and nature translating what still sets the family business apart today: an open mind, embracing the new without forgetting the past. On this morning, Tecta’s Christian Drescher takes us on a tour of the premises, the Tecta landscape, which – without much fanfare – has put the company on the map of architecture and design thanks to its creative interventions, pavilions and floating halls. Tecta is not near any main thoroughfare, but people who appreciate good design will find their own way to the meadows where every blade of grass smells of inspiration, the major roads end and the landscape around the family
business begins. 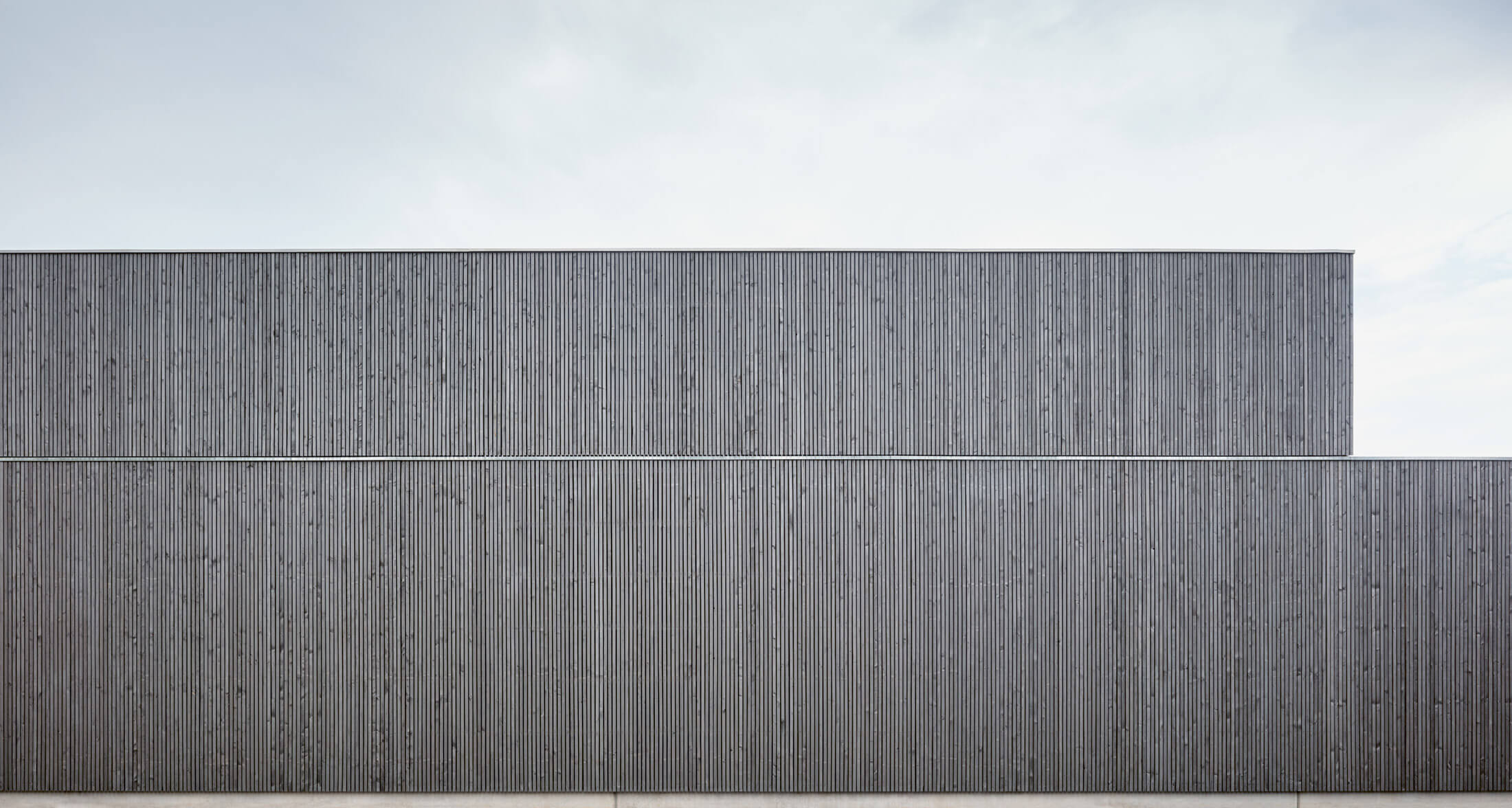 Berlin-based Andree Weißert is no exception. The carpenter, designer and project architect works with his own studio “saw” in Kreuzberg, but today he is soaking up the sun on a bench in Lauenförde that he designed for Tecta. Weißert has a special feeling for the potential of spaces, a passion for constructive and visible materials, and enjoys spending his time constantly creating new things. Be it buildings, books, conversions or plates, he comes up with endless ideas. Having developed furniture for Tecta such as the M36 table, the K36 bench or the “Red Table”, he extensively redesigned the company headquarters in 2016. On a creative level, Weißert then focused on the office, canteen and gallery; producing a clever combination of furniture and places, colour and light. Meticulous planning went into this project. The task that would have petrified some was a challenge to him, who set out to take the architectural work of art that the celebrated British architects Alison and Peter Smithson had planned for Tecta into the future. 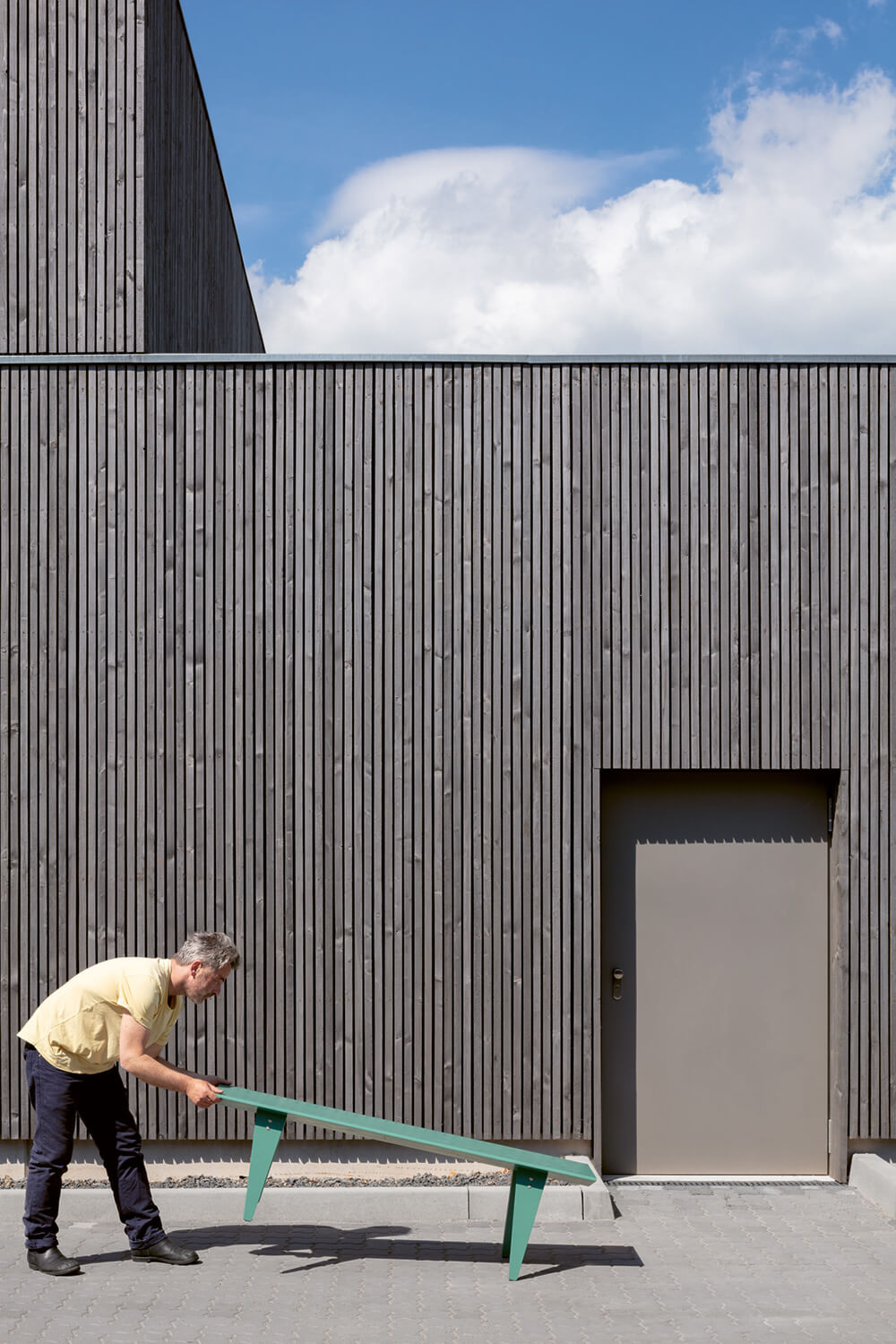 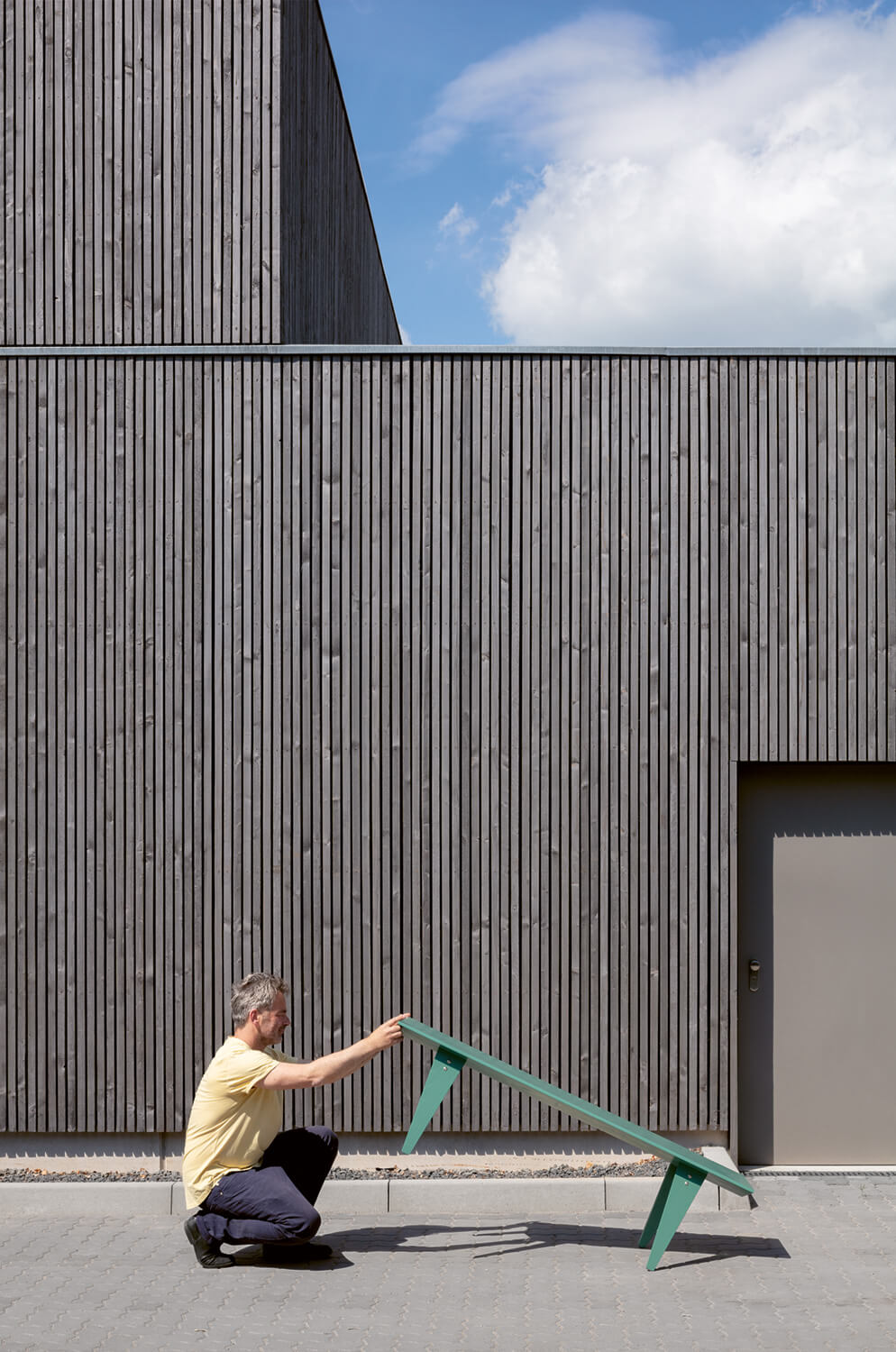 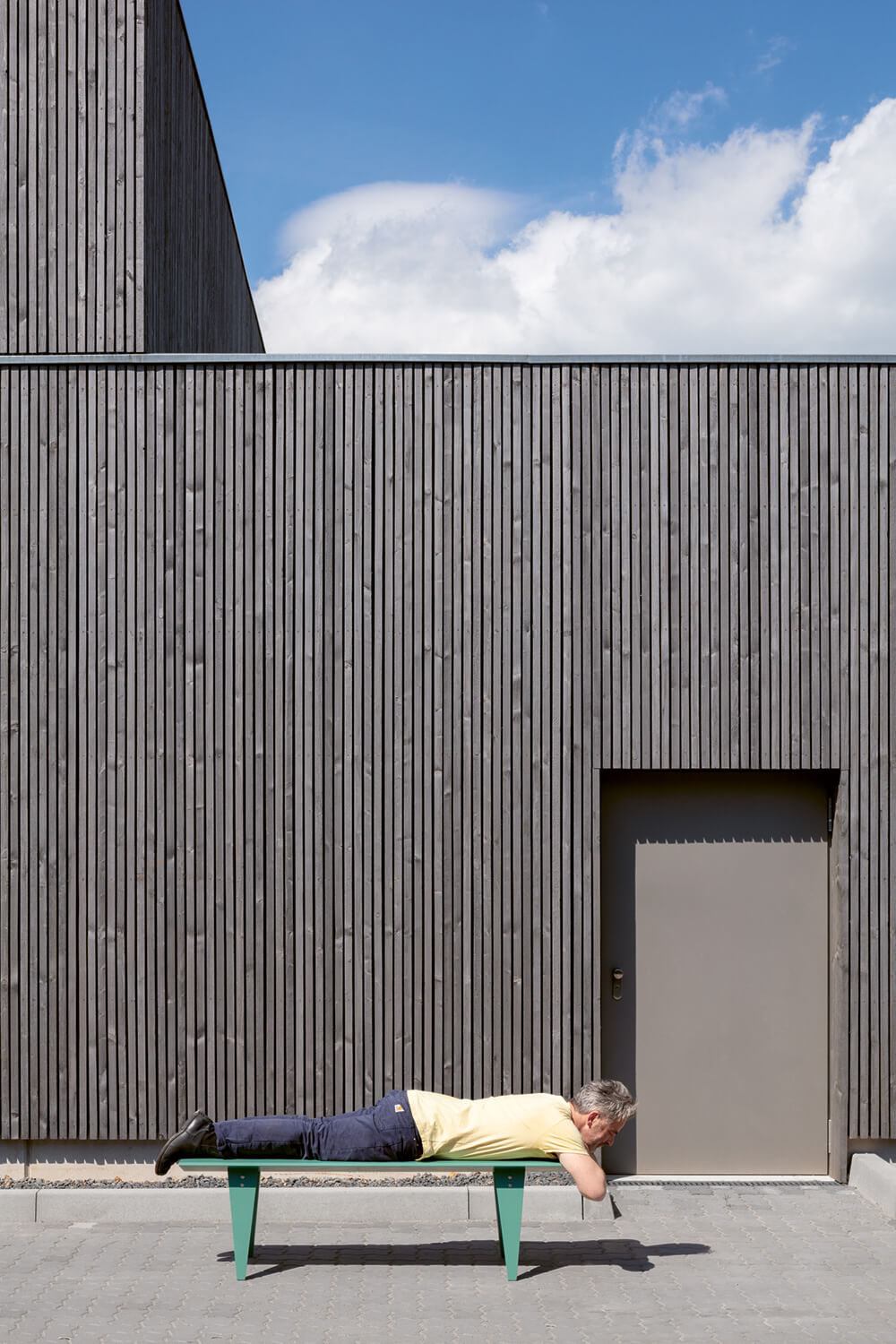 A walk under the viaduct of the underground line U1 in Berlin-Kreuzberg inspired Andree Weißert to design the table M36 and the bench K36. Construction and color are a reference to the functional architecture of these structures. 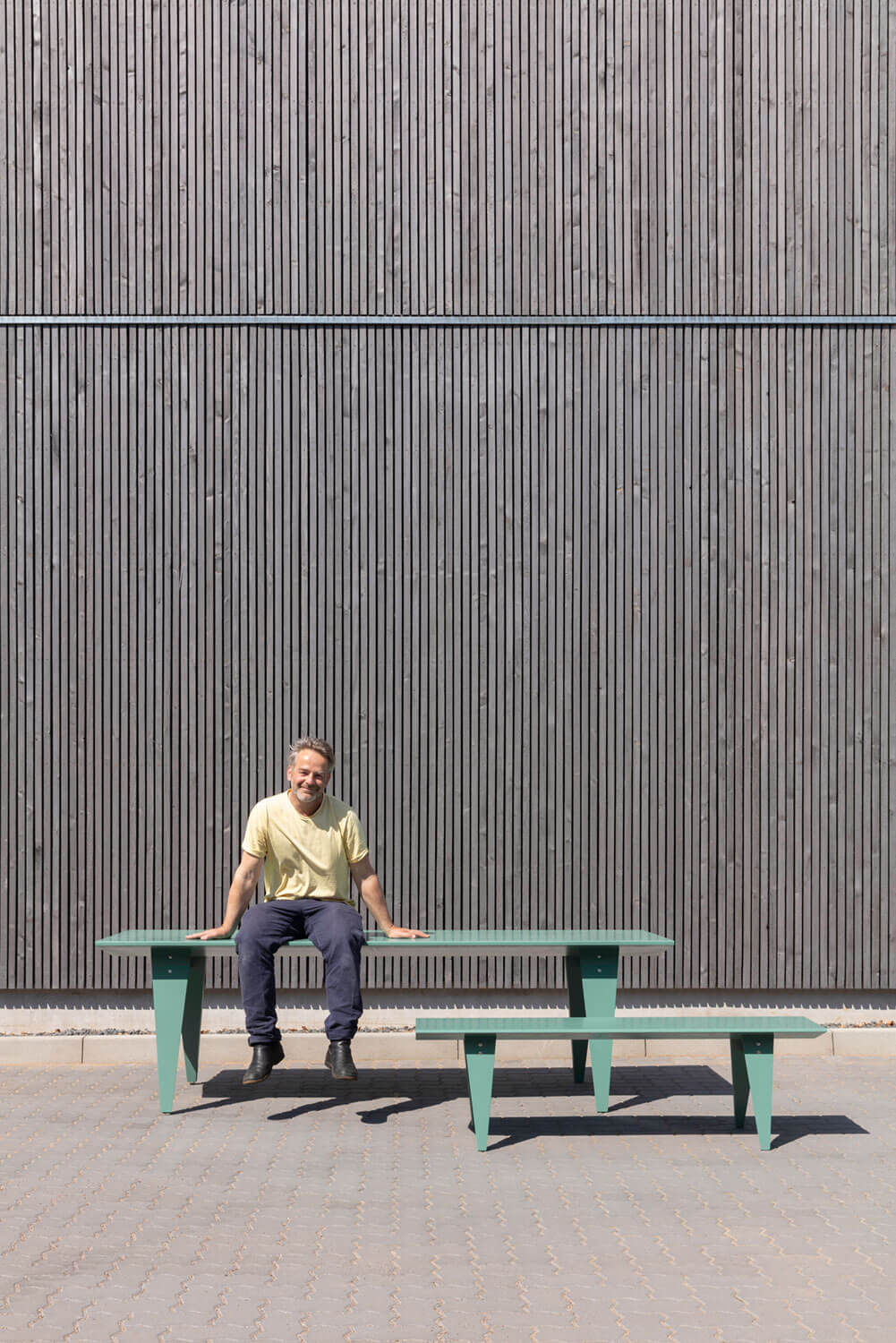 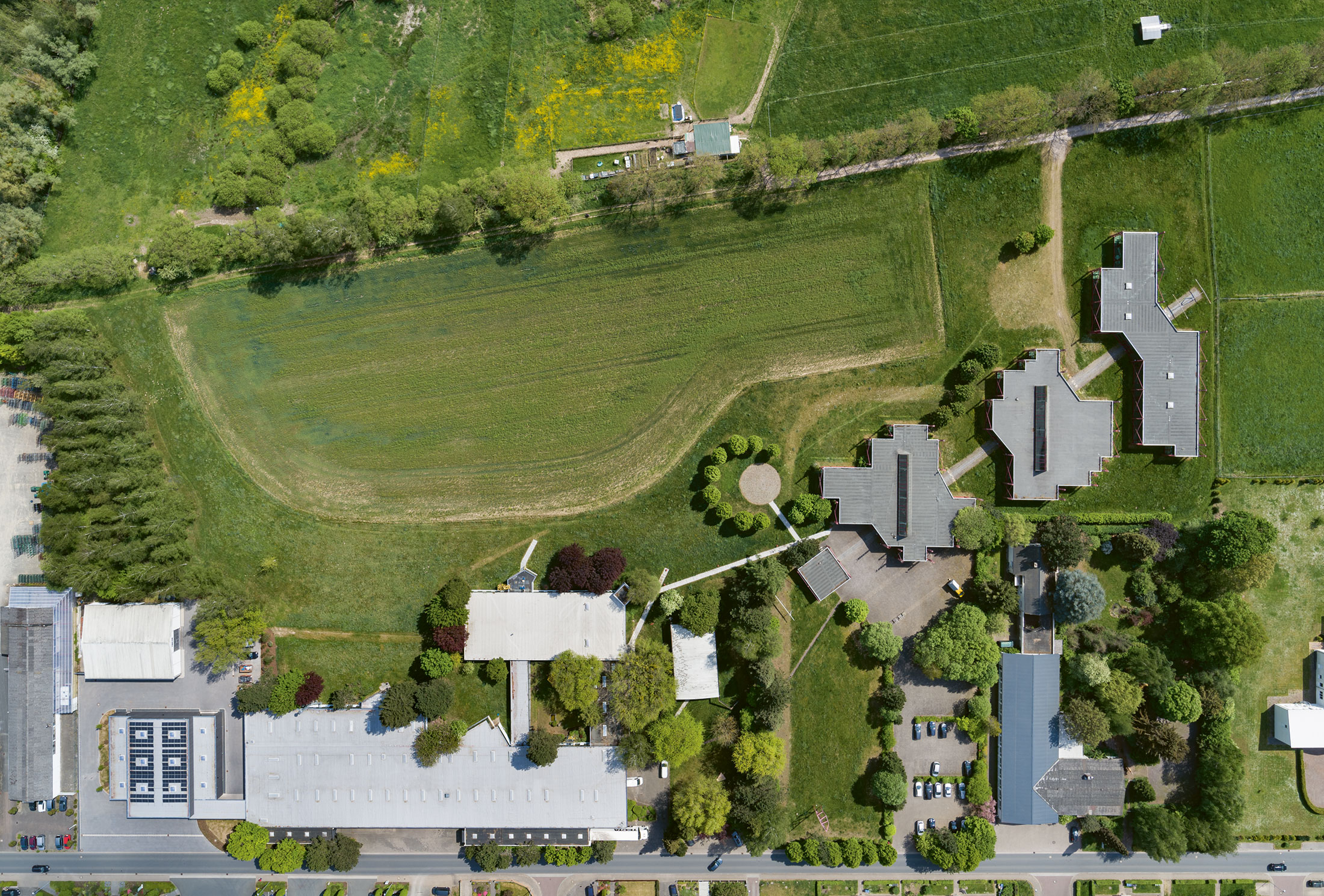 “The Smithsons went about their work with Tecta with great care in the 1980s. Peter regularly went for walks across the premises on his own for a half a day at a time to absorb the spirit of the place and develop a feeling for it,” recalls Tecta’s Axel Bruchhäuser. “The two architects saw people in the way they interact with their environment, integrating what they called the ‘as found’ in their work as a routine practice.” 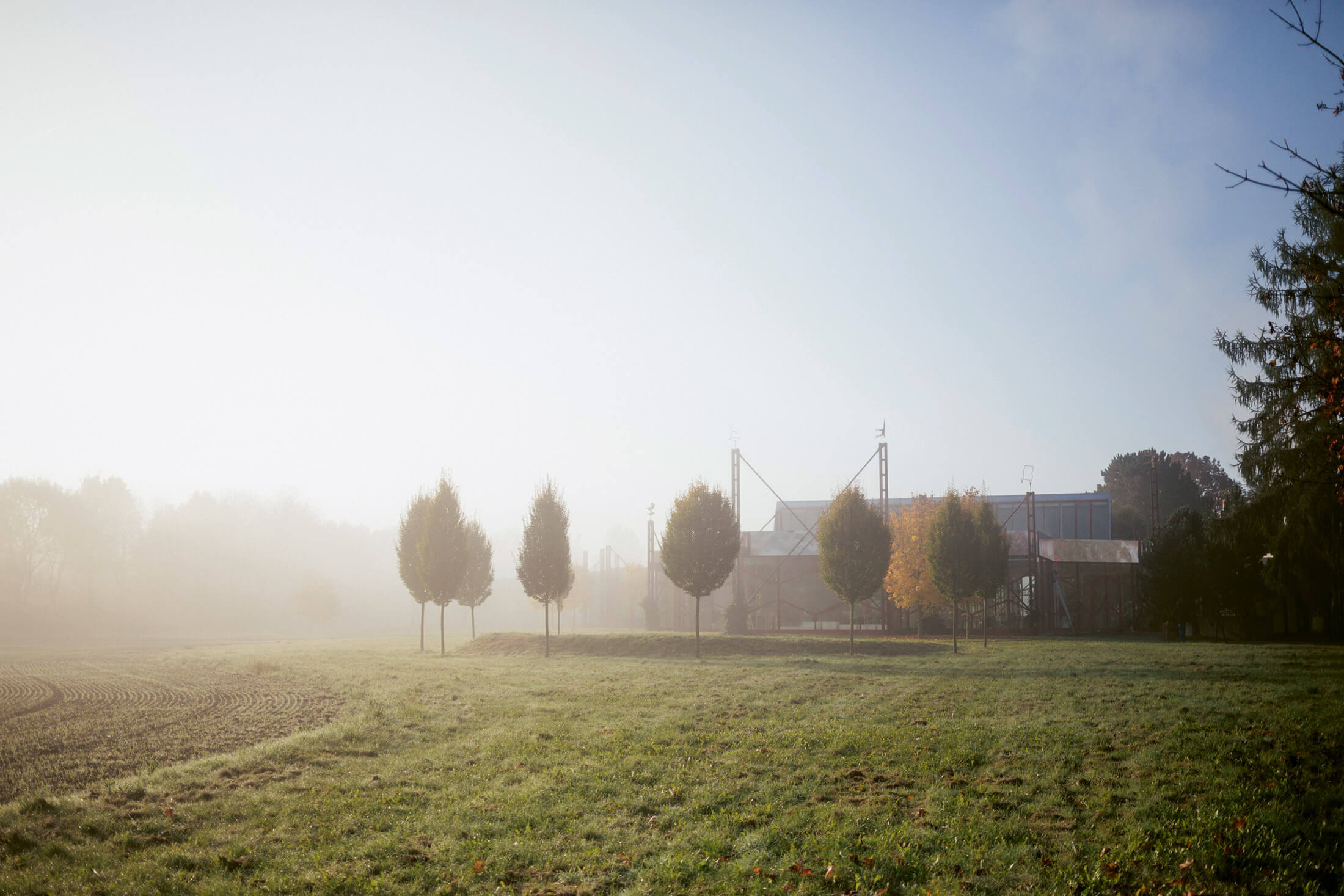 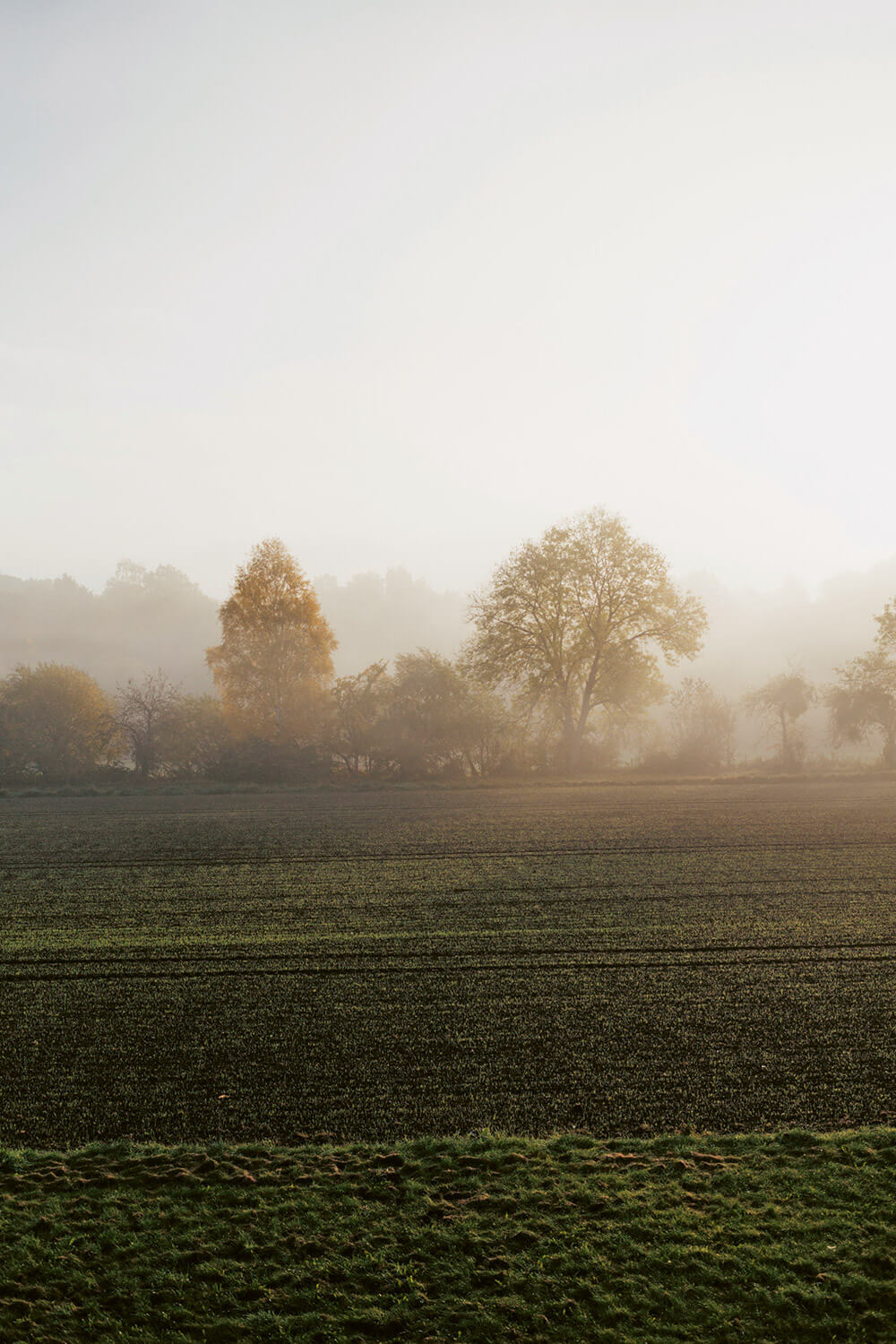 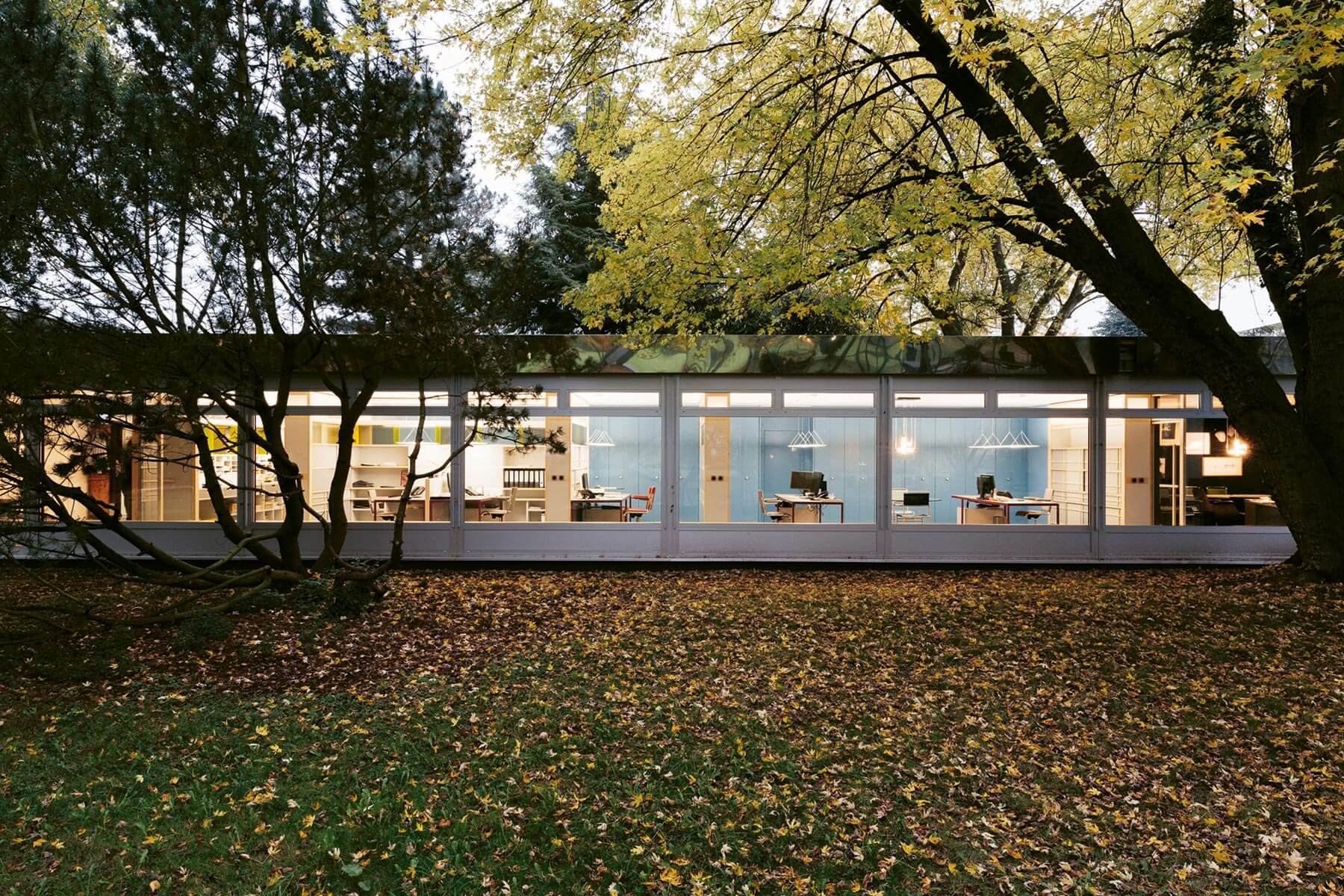 This gave birth to the famous Tecta building ensemble, which ironically radiated harmony thanks to its idiosyncrasy, and is now pushed to its limits due to issues such as on-site production and customising of the Tecta collection. As with Andree Weißert’s previous work for Tecta, the architecture of the new showroom was intended to reconcile the standpoints of today and yesterday,“ explains Christian Drescher. “We wanted a contemporary and functional warehouse that would also house the showroom of our museum archives.” The assignment reveals a special hallmark of the company: beyond their own furniture designs, Tecta’s creatives have always had the opportunity to work on the architectural development of the company‘s headquarters. Be it Peter and Alison Smithson or even Stefan Wewerka – they all had an idea of how Tecta could connect life and work. The family business was open for these creative ideas. And its open spaces gave birth to things that were new, innovative and even great. 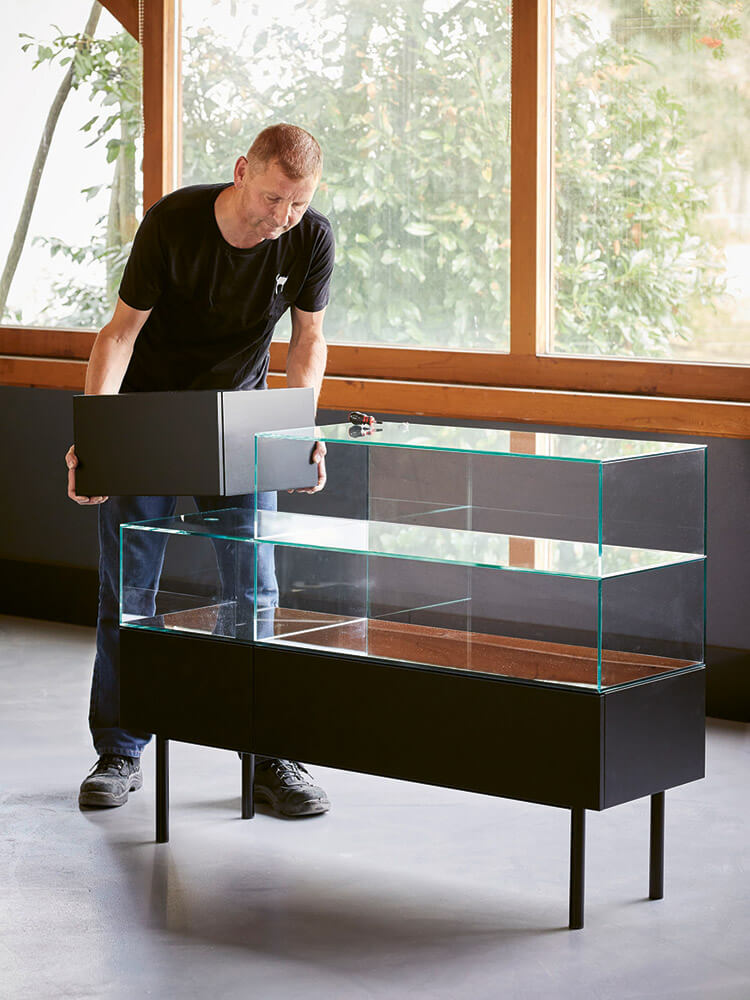 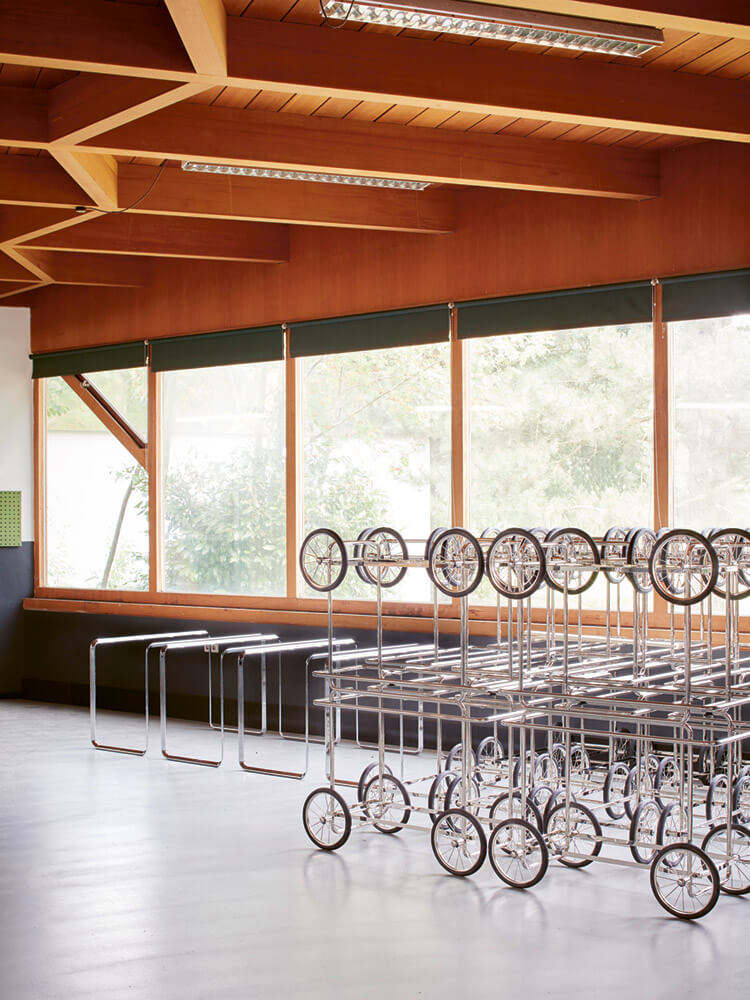 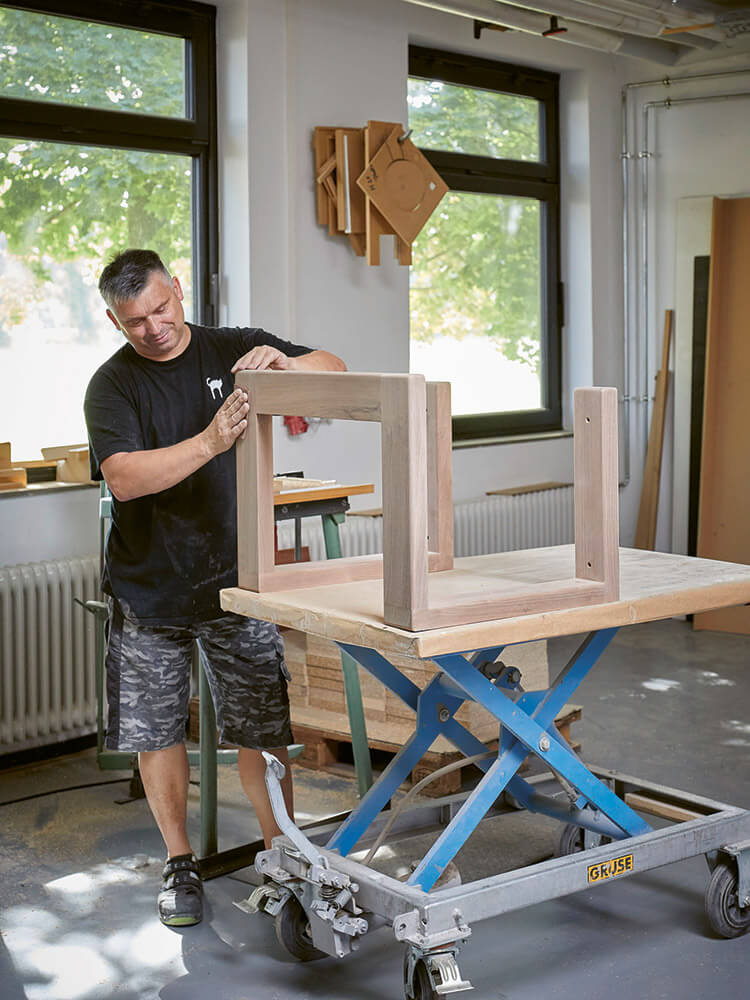 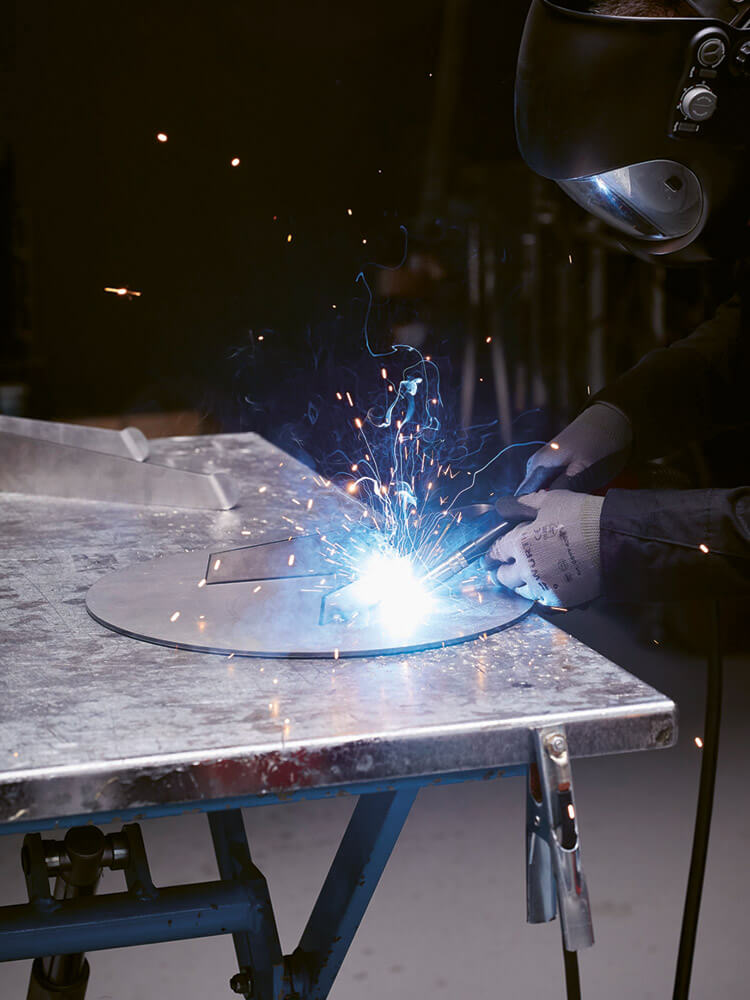 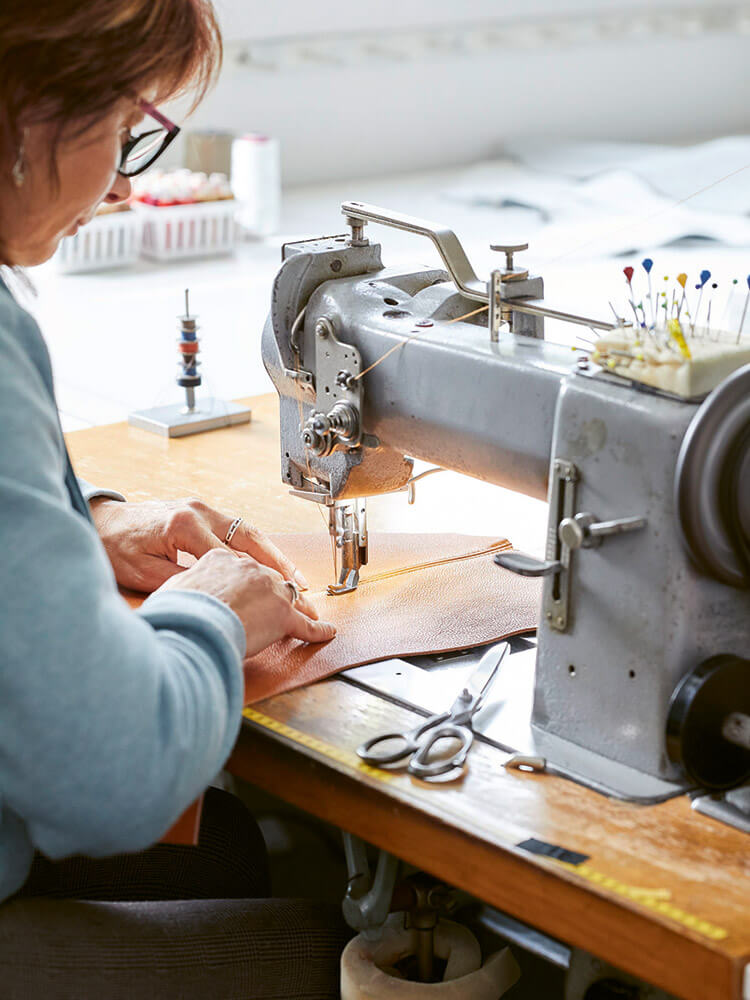 Just like an architecture that wants to be nothing more than a hall but still looks like a sculpture. You could say that it evokes the Vorarlberg school of architecture, with its elegant, wooden façade with vertical lattices and cantilevered canopy roof combined with raw aluminium and stainless steel. The timber is not from the Bregenz Forest, but from the woods of Lauenförde. “I was certain that I didn‘t want to build a warehouse that would have to be demolished again after ten years,” says Andree Weißert during the tour, “but rather a framework and façade out of wood that does justice to Tecta‘s range of products with a strong sense of minimalism and clean design.” 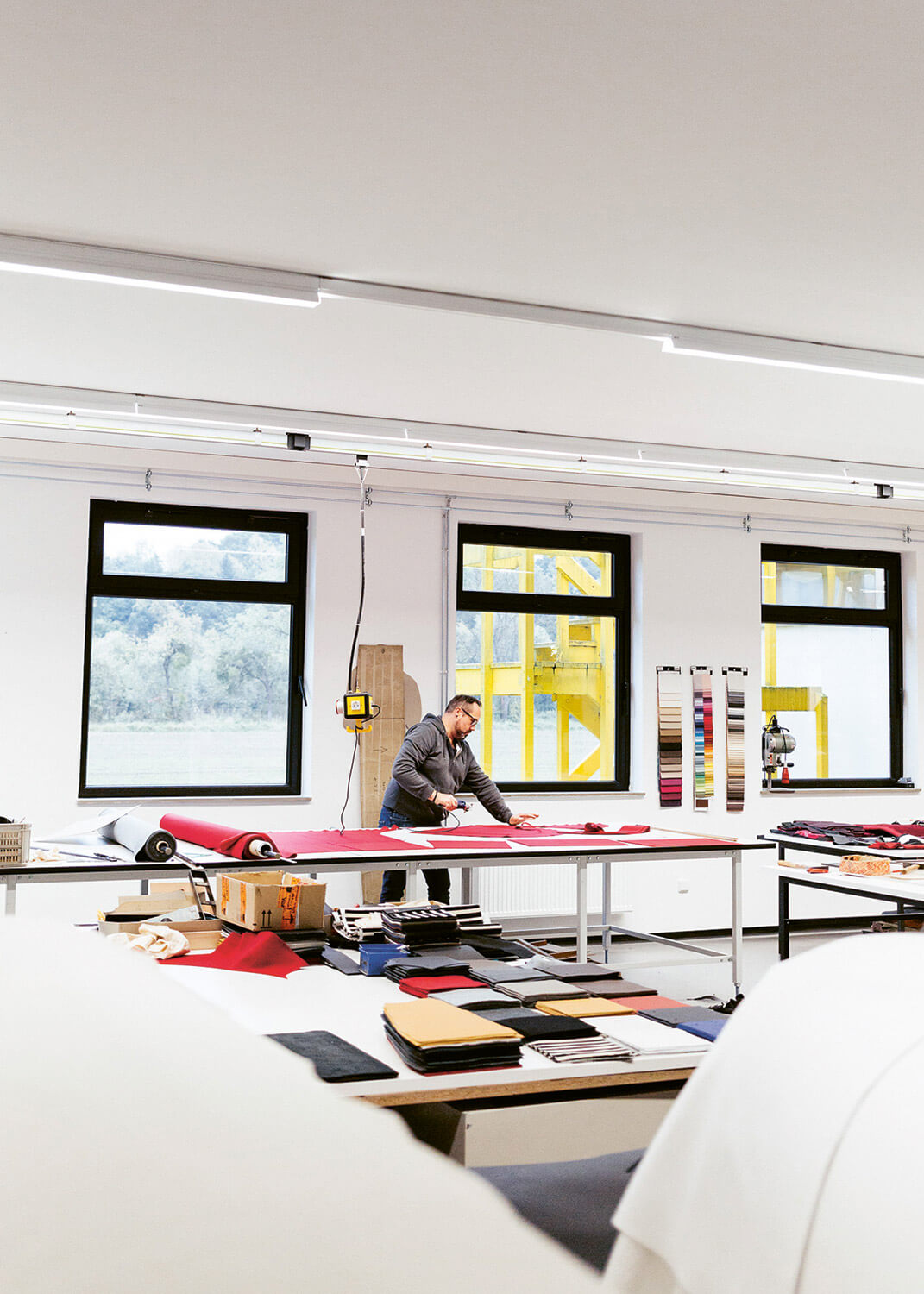 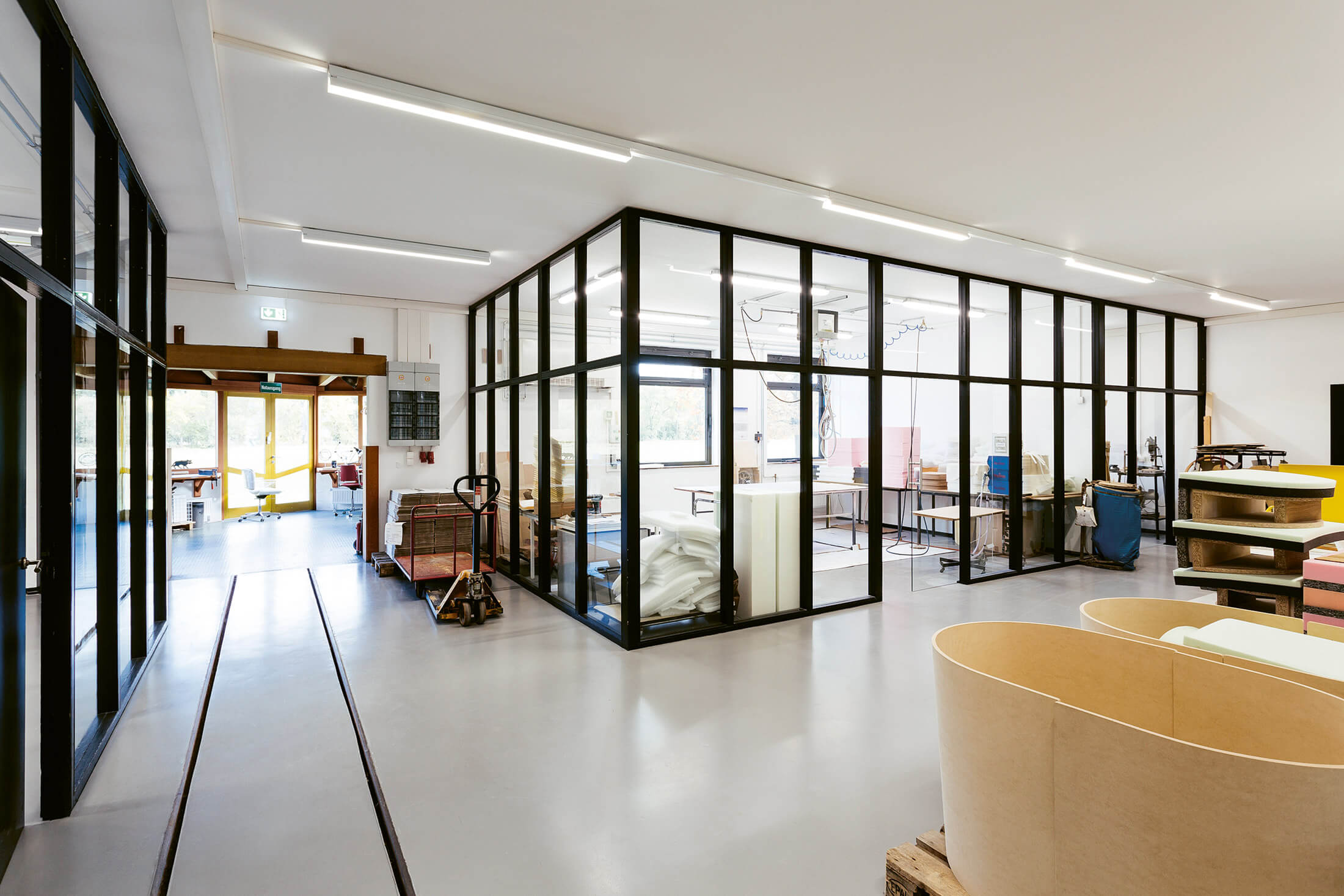 The paths around the hall have just been paved, small gravel still lies in the grooves, soon herbs will grow there. You can walk around the showroom, exploring its slender perspectives, or stroll past the display window to gaze inside and catch a glimpse of the depository for museum pieces. Cantilever chairs of the past decades, a stage for small exhibits. The new building is radically modern and poetically gives a confident nod to the existing buildings. Energy efficiency, solar panels on the roof, a component activation system for temperature control – all this goes without saying. “As little concrete as necessary but as much wood as possible,” points out Andree Weissert, “a perfect setting for Tecta’s furniture products that are not disposable commodities but built to last.” Good craftsmanship, attention to detail and innovative technology show what good architecture is capable of – powerfully letting small details tell a big story. 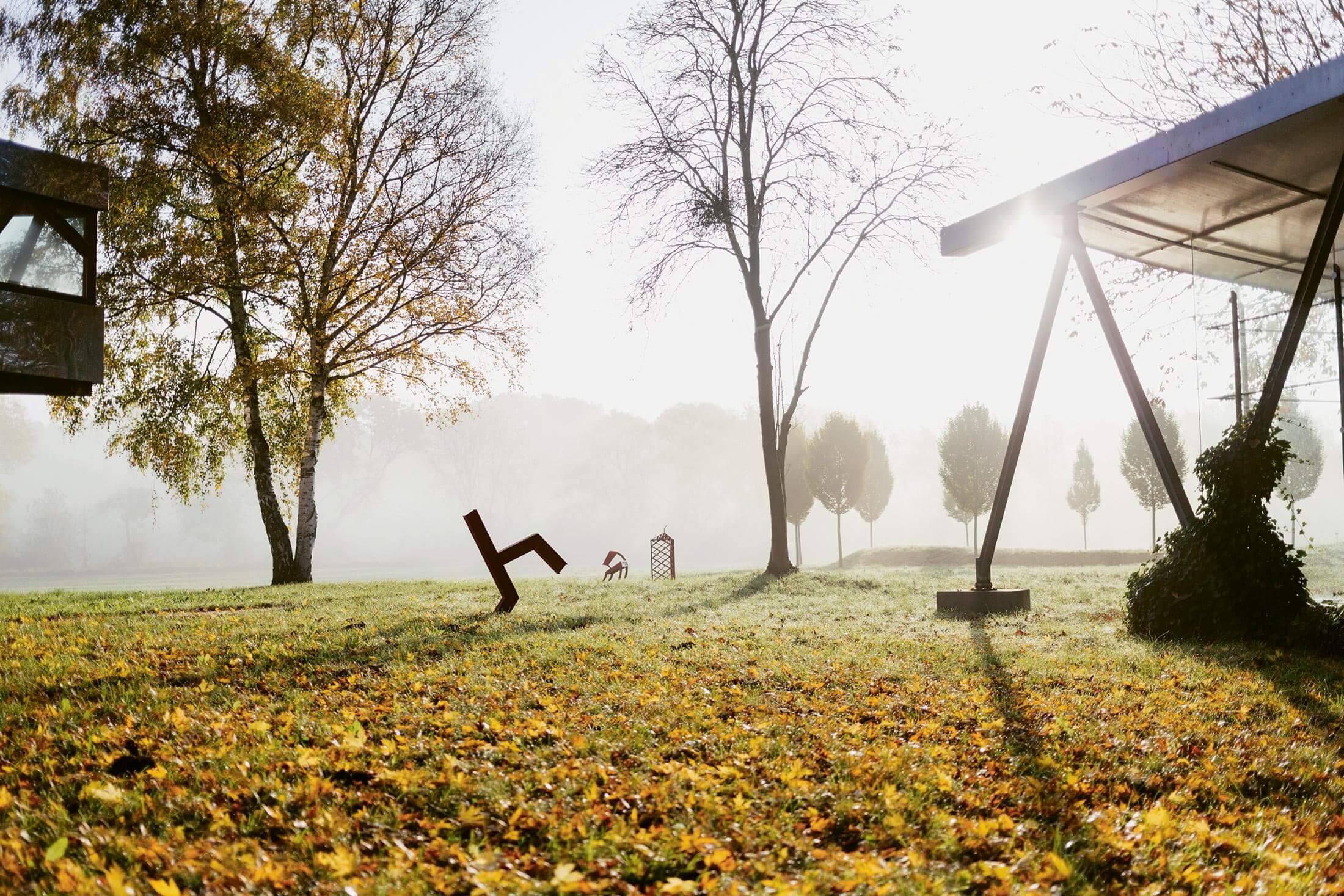 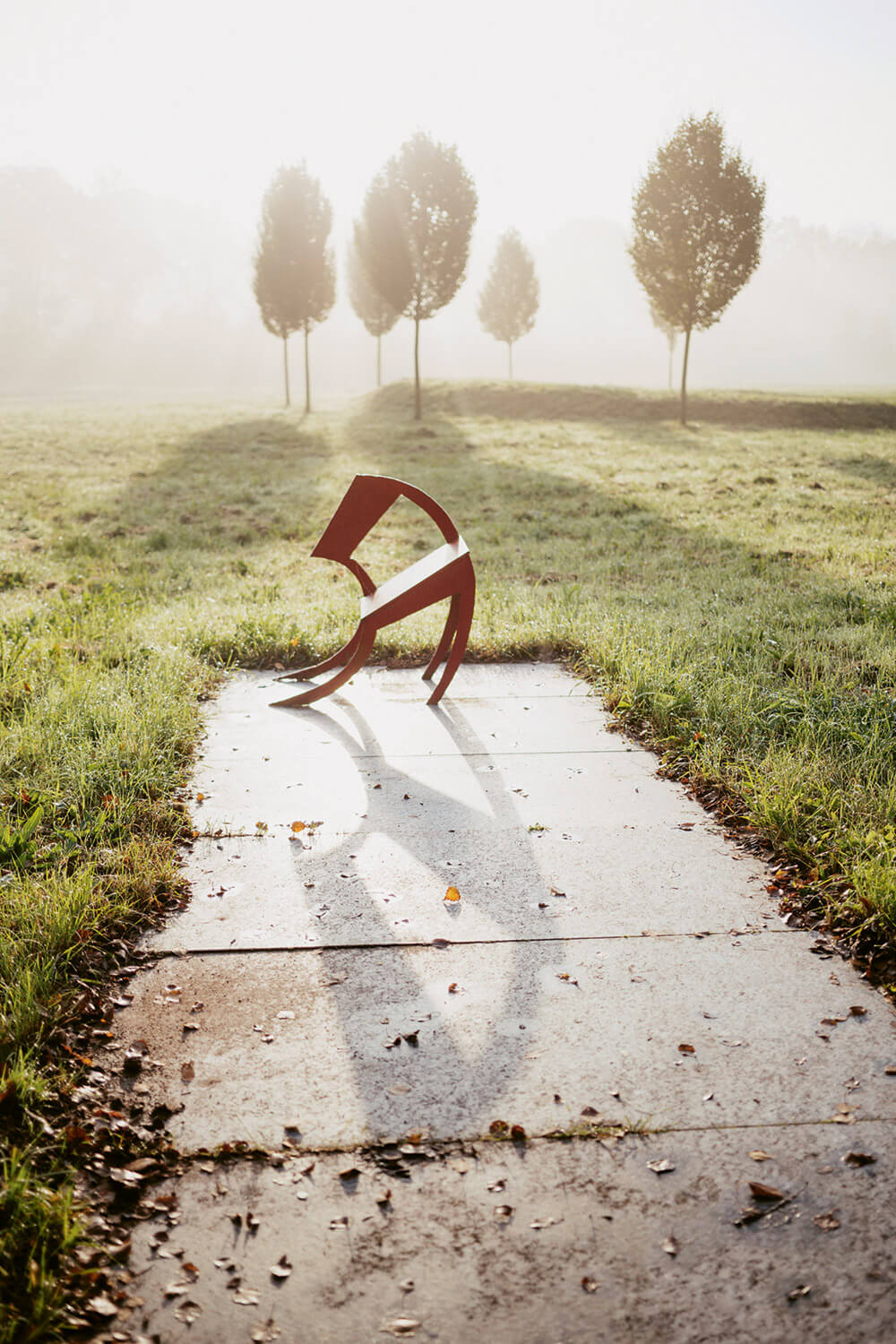 “It seems like the building has always stood there,” says Christian Drescher. “The wood-clad hall forms the northern border of the Tecta Landscape, while Peter Smithson’s museum halls with their spider web façade form its south-eastern boundary.” The connection between the past and present would have delighted the Smithsons. “With his design, Andree Weißert has found an empathetic response to the site in the language of the site,” describes Axel Bruchhäuser. “From the floating cantilever concept to the Tecta sign as a reflection of the existing façade: simple, timeless and beautiful.” 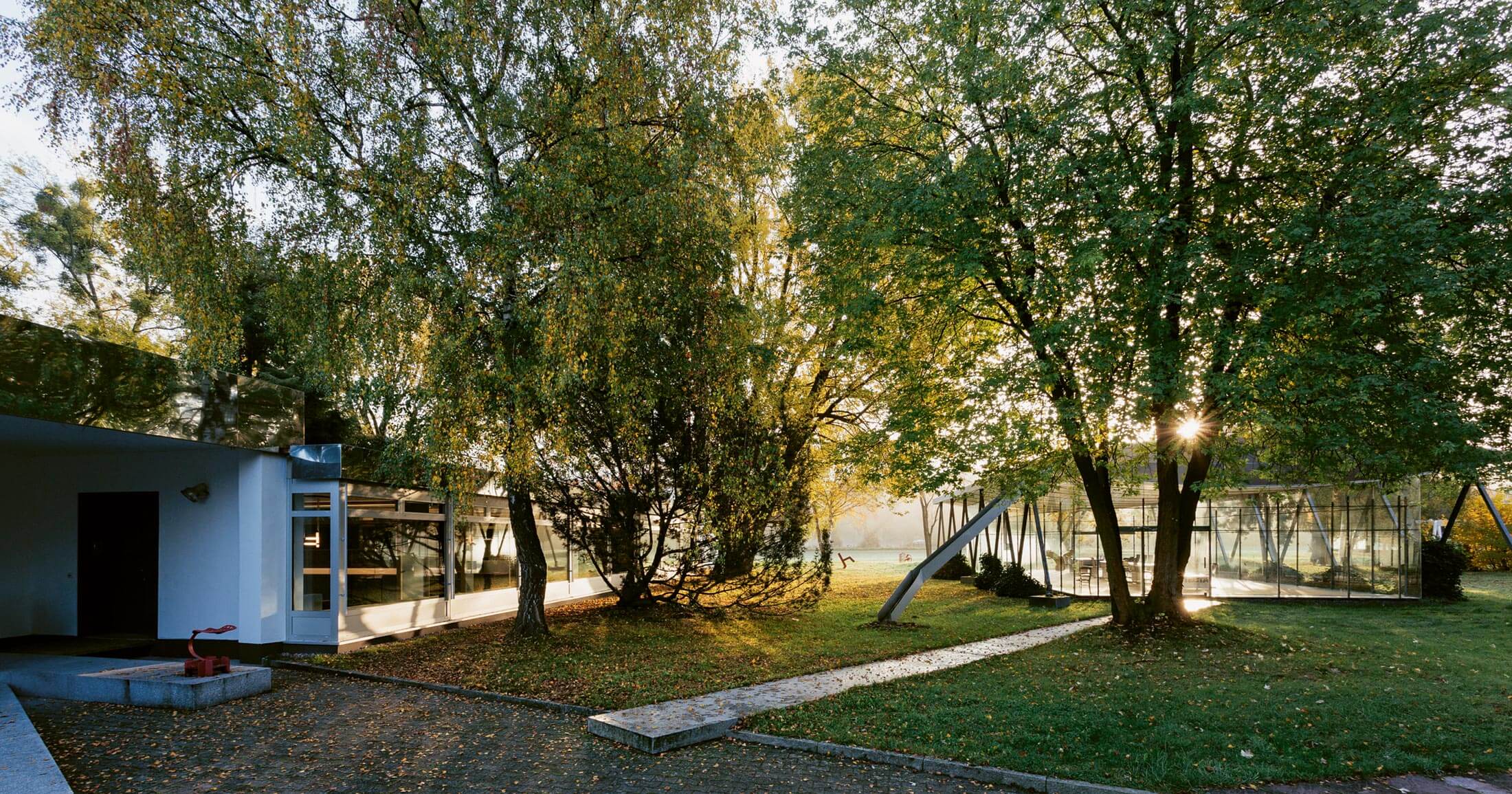 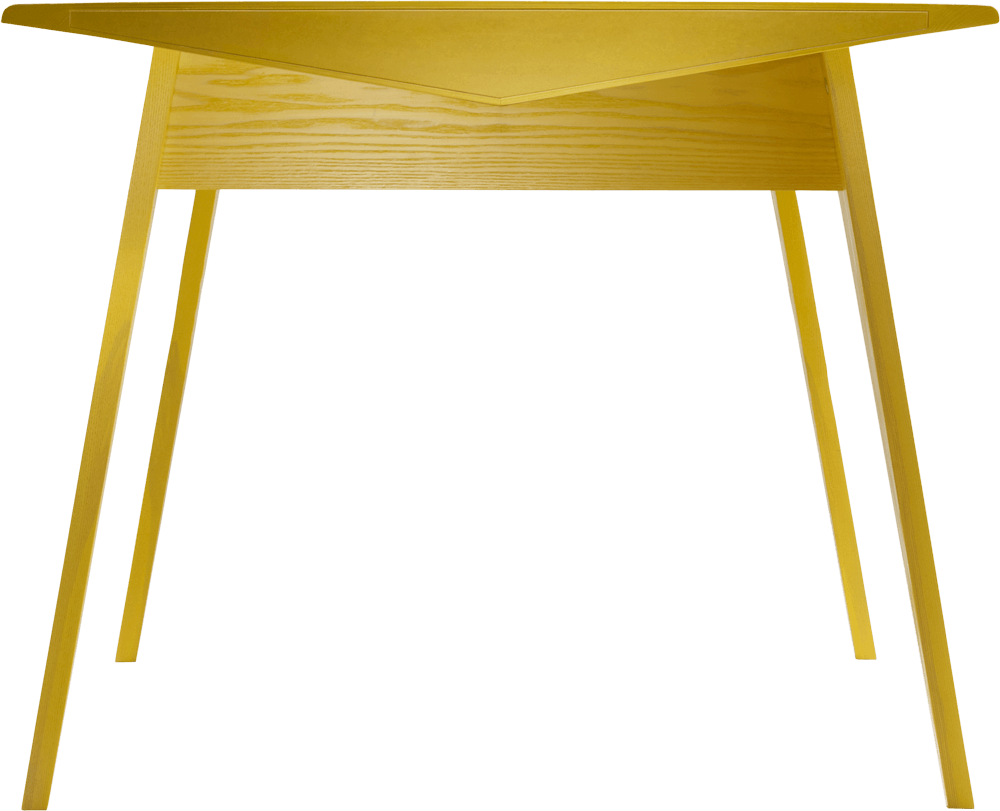 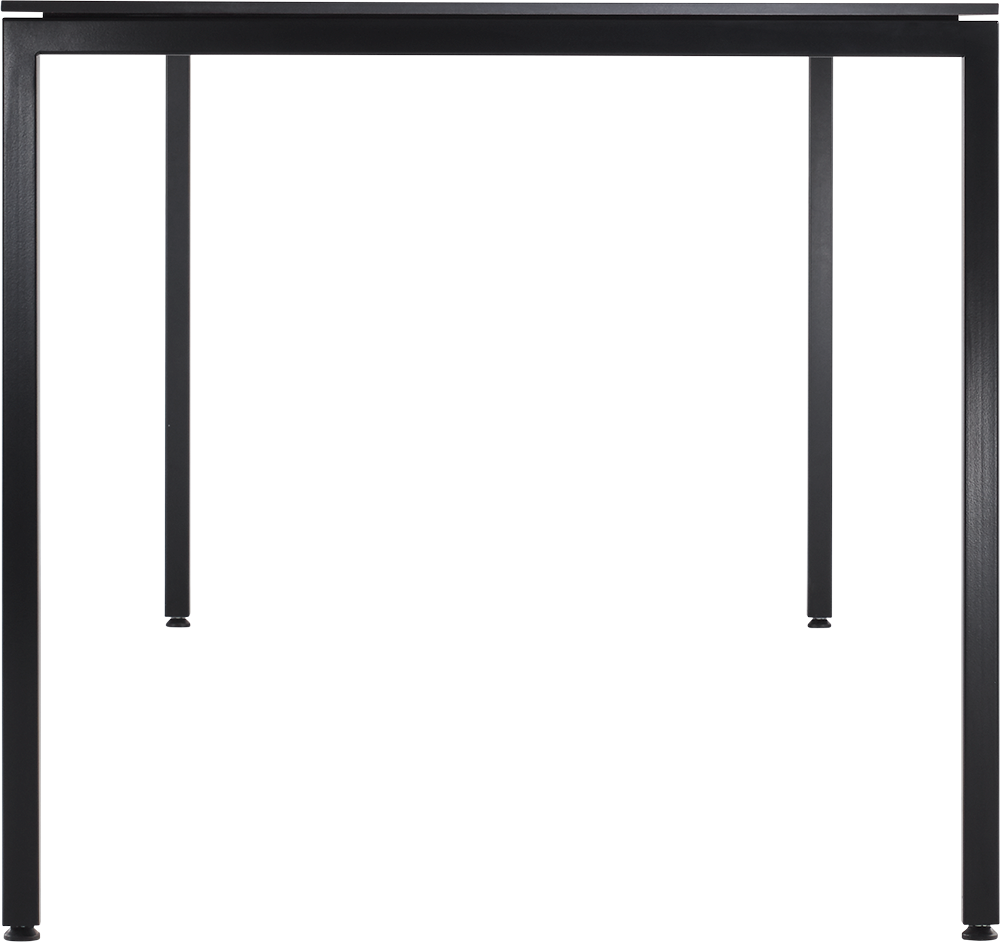 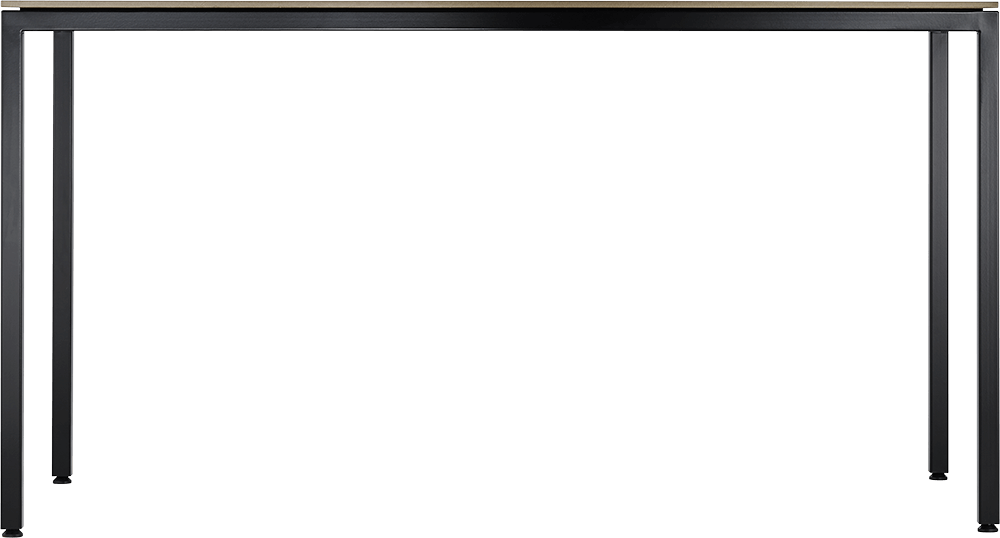