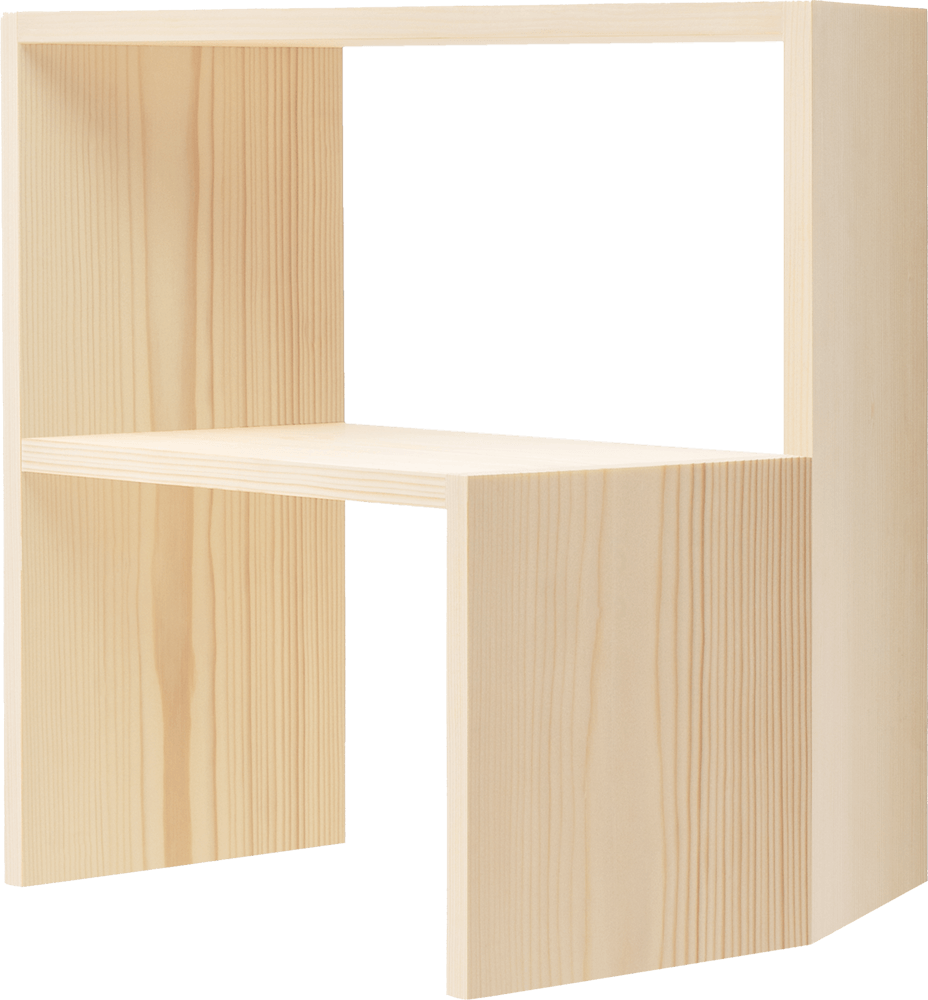 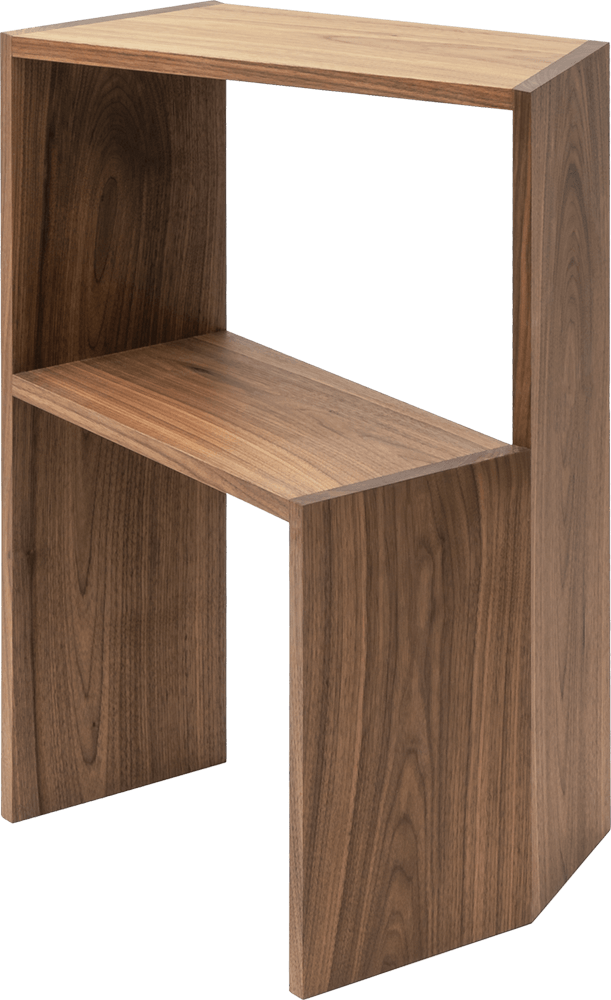 Ascent with stubbornness: The K7 helps its owners to climb to new heights – and to develop with each of its functions.

The K7 is a piece of furniture that shows its history: The craftsmanship of the Bregenzerwald merges with a portion of stubbornness. Because not only letting a ladder be a ladder, but at the same time thinking up a chair, or even better, anchoring a third function, for example a side table – that is the special language of designer Thomas Schnur. A person who gives things a soul and can transform them from stubborn function to objects with character.

This is how the K7 invites you to play and this is what its creator, Thomas Schnur, had in mind. If it was to be a piece of furniture that helped him out of his personal bottleneck – not to alienate chairs for his old building ceilings as ladders in the future – the K7 quickly became a companion that doesn’t just spend its existence in storage corners. It is too stubborn for that – and too beautiful.

In a dialog with Martin Bereuter from the carpentry workshop of the same name in the Bregenz Forest, which already produced the aesthetically sophisticated D7 folding chair for Tecta, Thomas Schnur exchanged ideas intensively over a period of eight months. “During this time I have been deeply involved with the craftsmanship of the Bregenz Forest,” he says, “where you always had to make a lot out of a little. The K7 follows in these footsteps”.

Chair-ladder step, the formal language was soon followed by the poetic. Thomas Schnur presents it in an exhibition entitled “Steps”. “To understand steps as stages of life, to walk through them and to develop oneself in the process, that was the idea” he underlines. A thought that connects him mentally with Hermann Hesse. “We are to stride cheerfully through room after room, hanging on no one as if we were at home,” he wrote in his famous poem, for: “The world spirit does not want to tie us up and tighten us. It wants to lift us up step by step, to expand.” 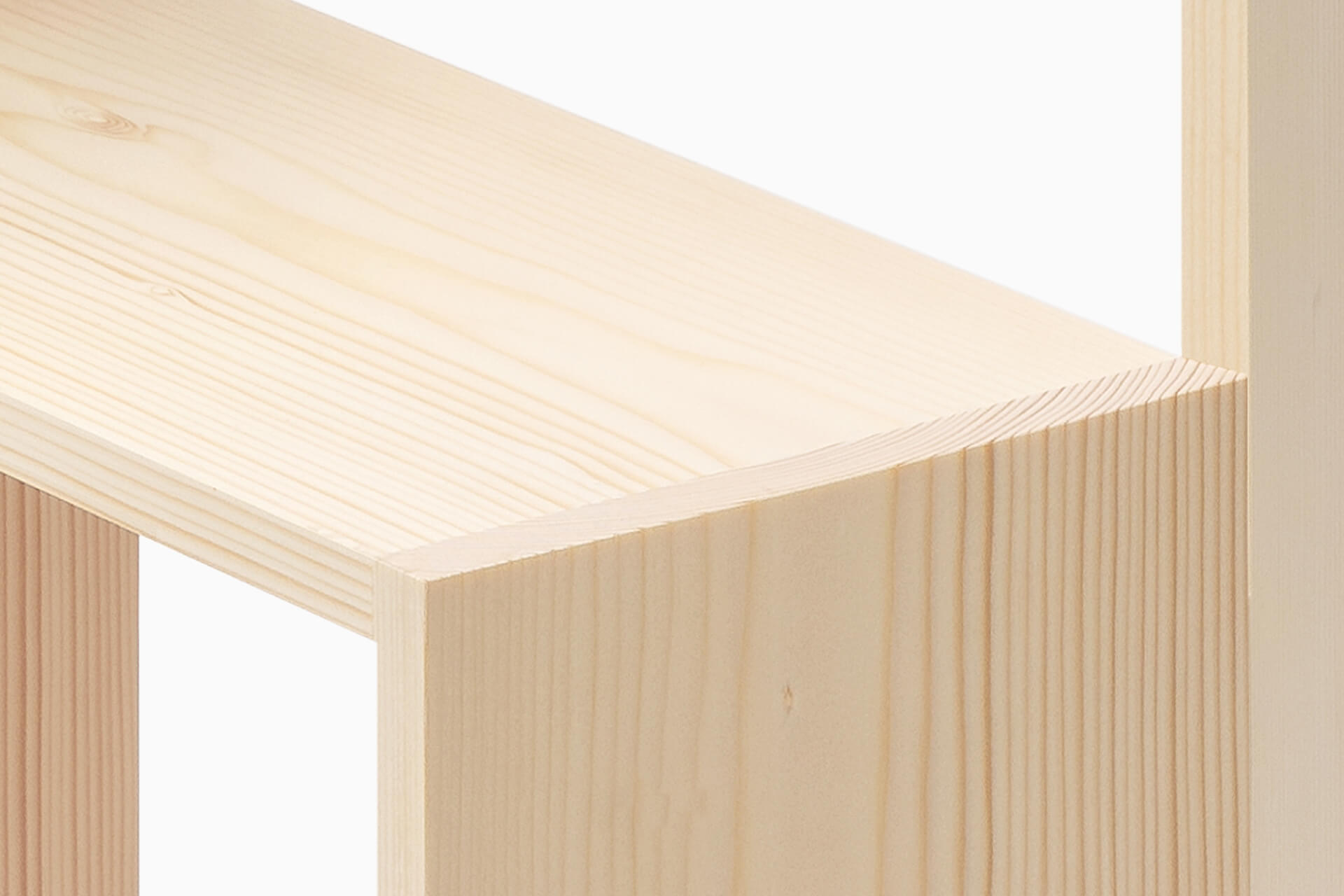 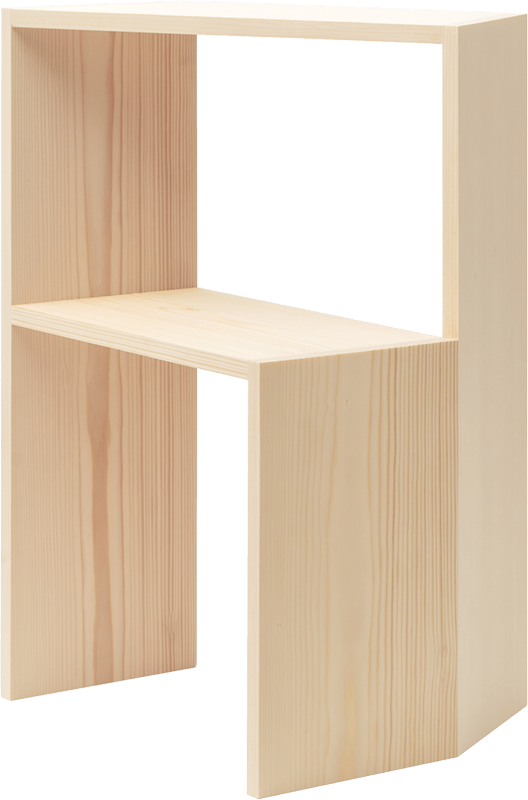 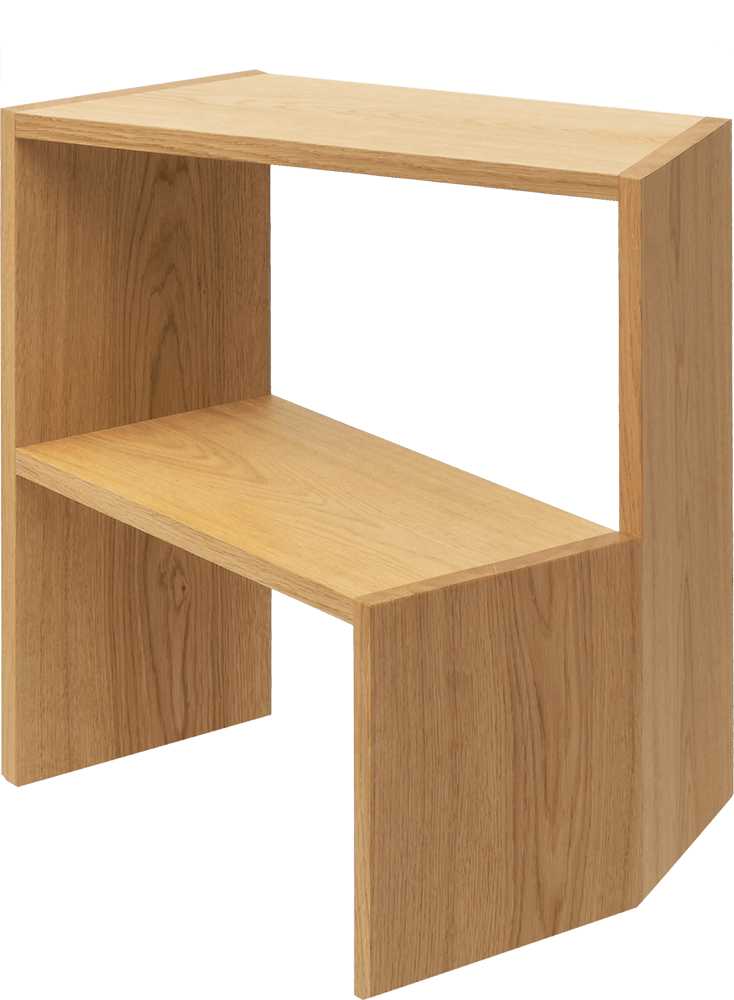 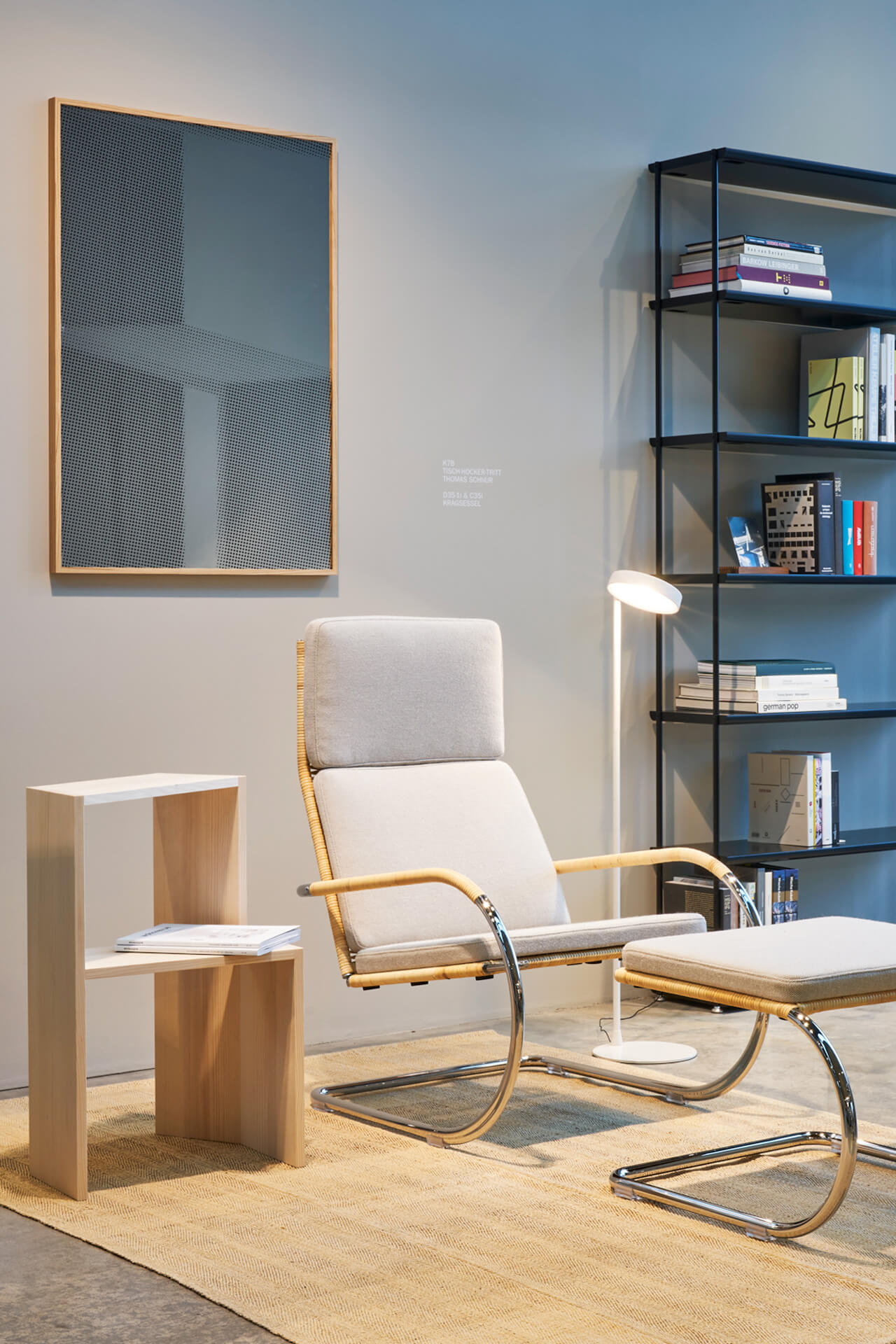 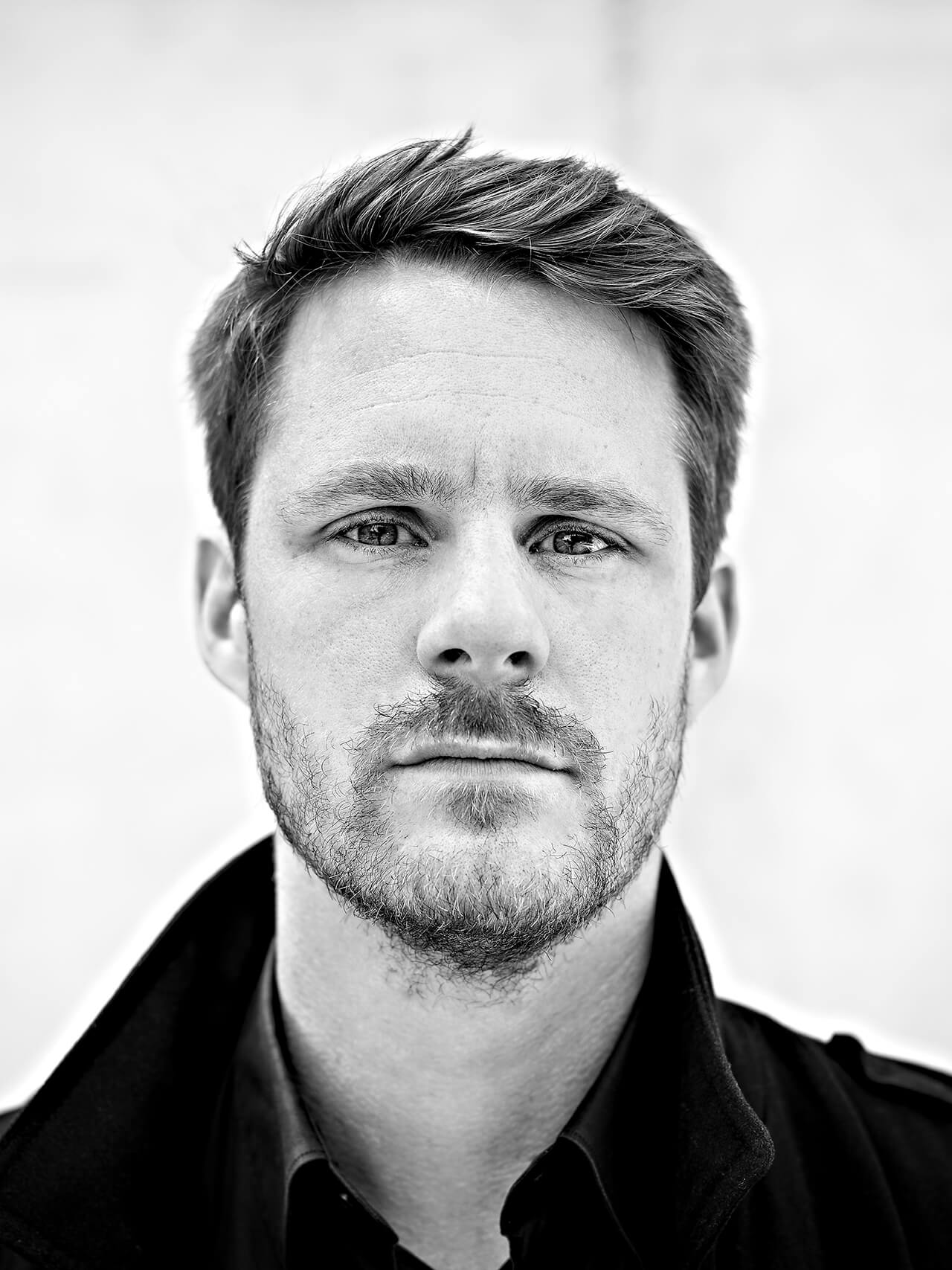 Thomas Schnur, born in 1983, trained as a carpenter and then studied product design at the University of Applied Sciences in Aachen. During his studies he worked for Mathieu Lehanneur in Paris and studied at the École Supérieure d’Art et Design de Saint Étienne. His work has been presented at numerous national and international design platforms: from imm Cologne to Maison et Objet in Paris and the Salone del Mobile in Milan.

Thomas Schnur has been teaching at the ecosign Design Academy in Cologne since 2016. His concern is not only to design products, but also to implement them with the students. “I see this as a contrast to the form of teaching which today is increasingly concerned with design on the computer”. In 2017 he published the book “Common Things”, which was presented with the exhibition of the same name in Munich, Cologne and Leipzig. For his latest chair design, a stackable wooden chair, he was awarded the German Design Award 2019. 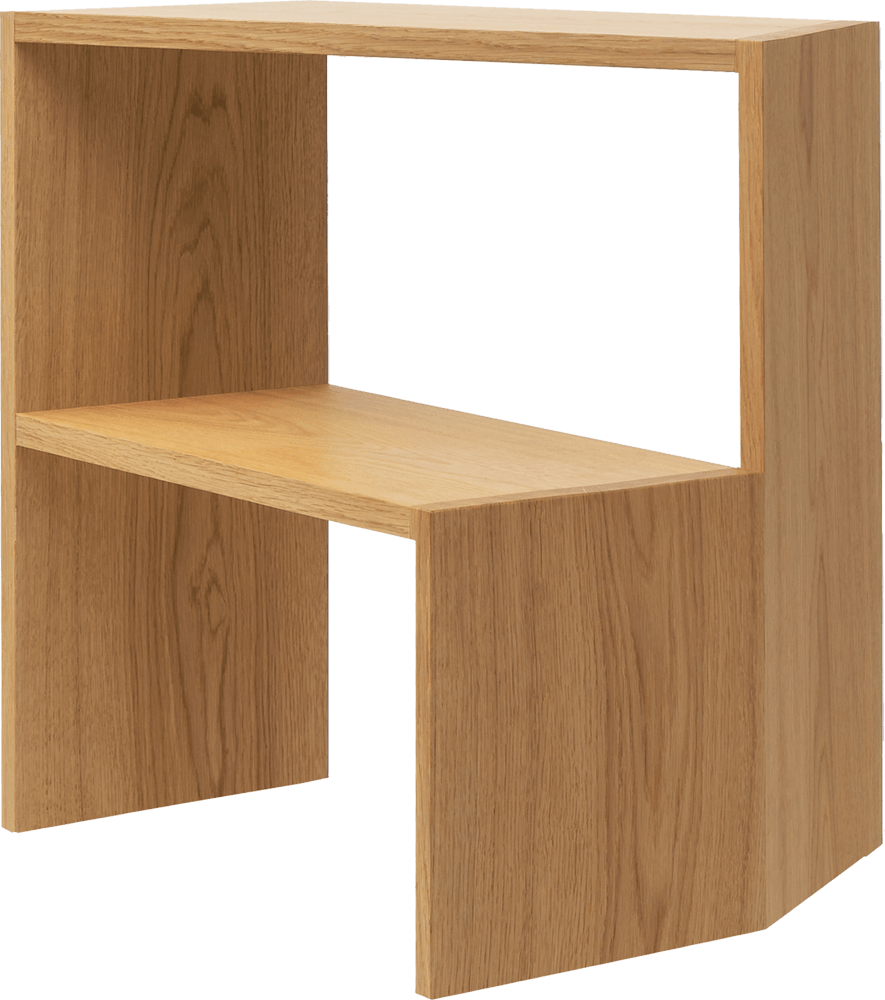 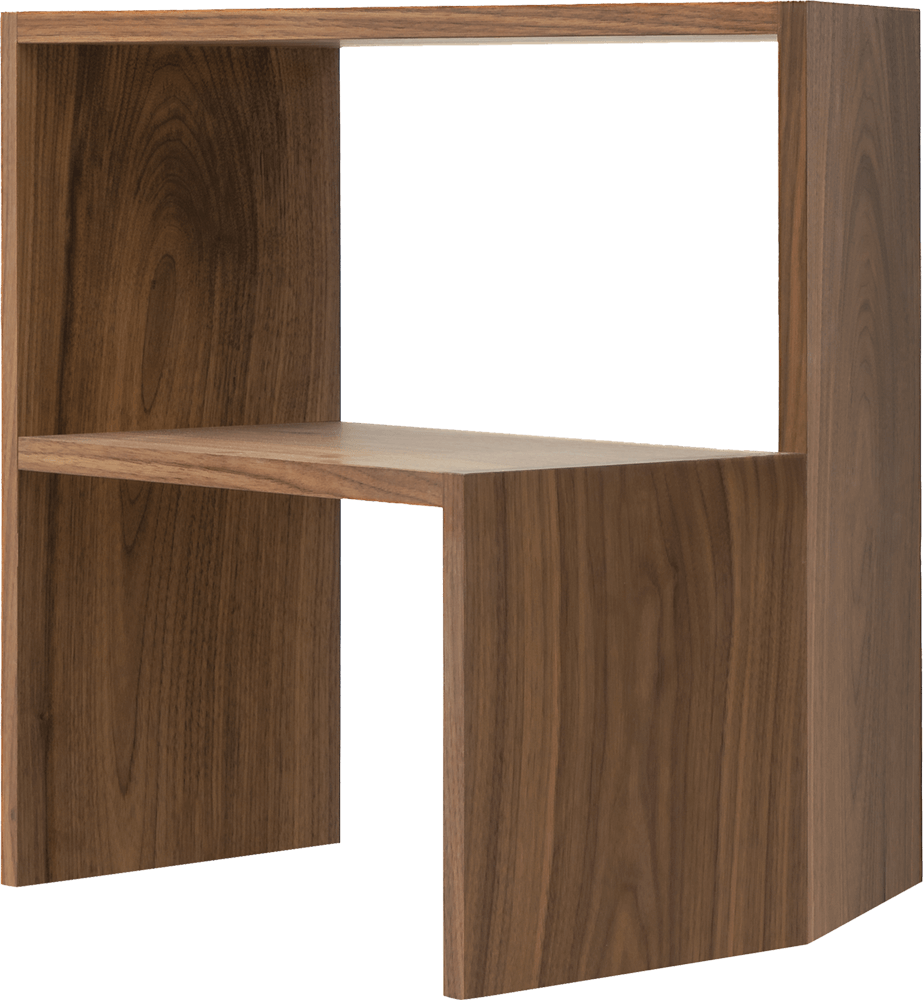 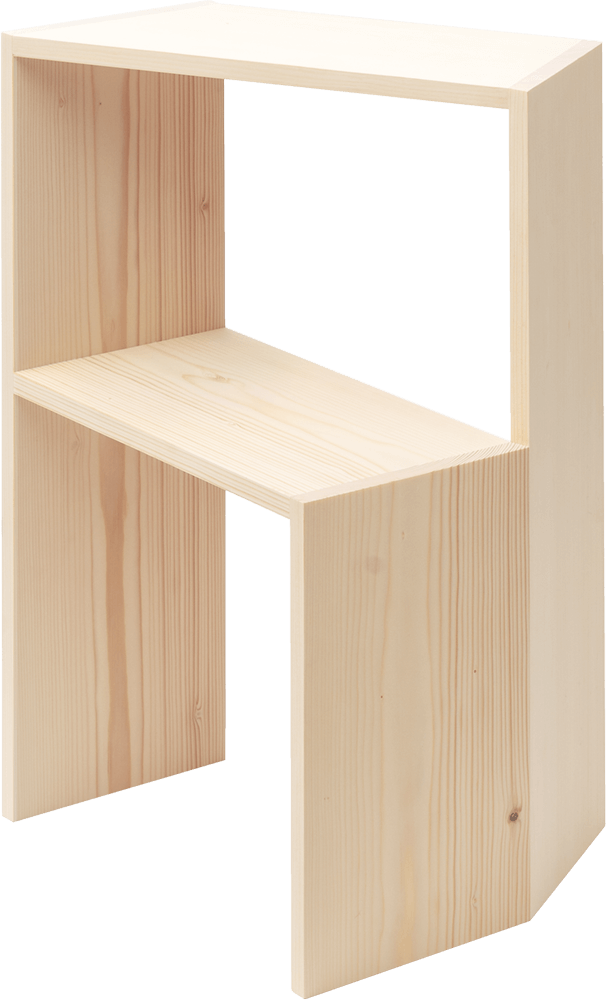 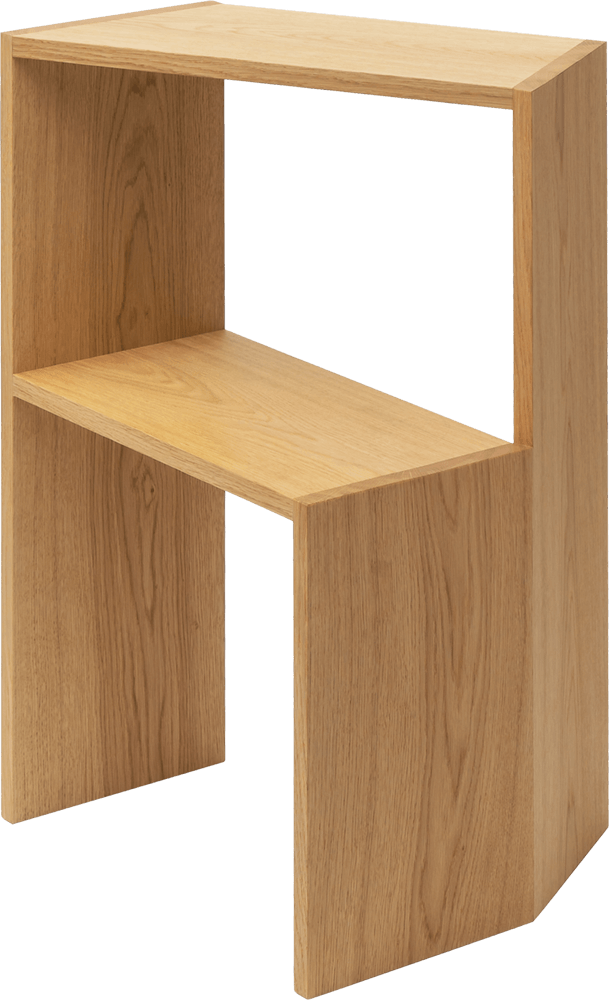