Cornelia Poletto’s restaurant in Hamburg is a top address for Italian, casual cuisine. Now the star chef has had her domicile redesigned and seats her guests on chairs that are comfortable while showing attitude: the D8P series from Tecta.

Whether grilled artichokes with fig vinaigrette or vitello tonnato of Holstein veal with caper apples – those who stop by Cornelia Poletto’s home in Hamburg Eppendorf enjoy the atmosphere of casualness and Italian culinary art. Poletto’s restaurant was to be warm and inviting after its recent remodeling, creating recognizability and arousing curiosity. The star chef and book author’s central wish: to combine “lightness and brightness” with the Italian flair for which her cuisine is famous.

The interior designer Arzu Kartal from Hamburg, in collaboration with the interior gallery “Roomservice” implemented the interior design in charge and placed emphasis on a material canon that conveys to guests as soon as they enter the rooms what Poletto’s cuisine is all about: Mediterranean cooking passion implemented with few components on the plate, but combined with the use of the best products. The choice of materials for the rooms was also influenced by this. It should be clear, structured and quality-oriented. For seating in the cozy alcoves, Roomservice chose the D8P armchair from Tecta. “The chair impresses with its simplicity and yet expressive form. Our intention was to create a warm atmosphere,” explains interior designer Arzu Kartal. At Cornelia Poletto’s, Tecta’s D8P becomes a comfortable companion at the table.

That’s how its designer Martin Hirth thought of it, too. In the summer of 2017, Hirth began developing a chair that would offer the answer after a comfortable upholstered chair at the table. At the same time, he wanted to cite the idea of the cantilevered armrest that was characteristic of Walter Gropius’ F51. “For me, the F51 epitomizes Bauhaus furniture par excellence. I wanted to transfer its silhouette and charisma into a chair,” the designer says. Today, the D8P’s upholstery comfortably accommodates the user, while the fabric selection shows character and is enormously durable. The chair is also sustainable in its visual appearance: a piece of furniture that conveys permanence and is more than a fad. 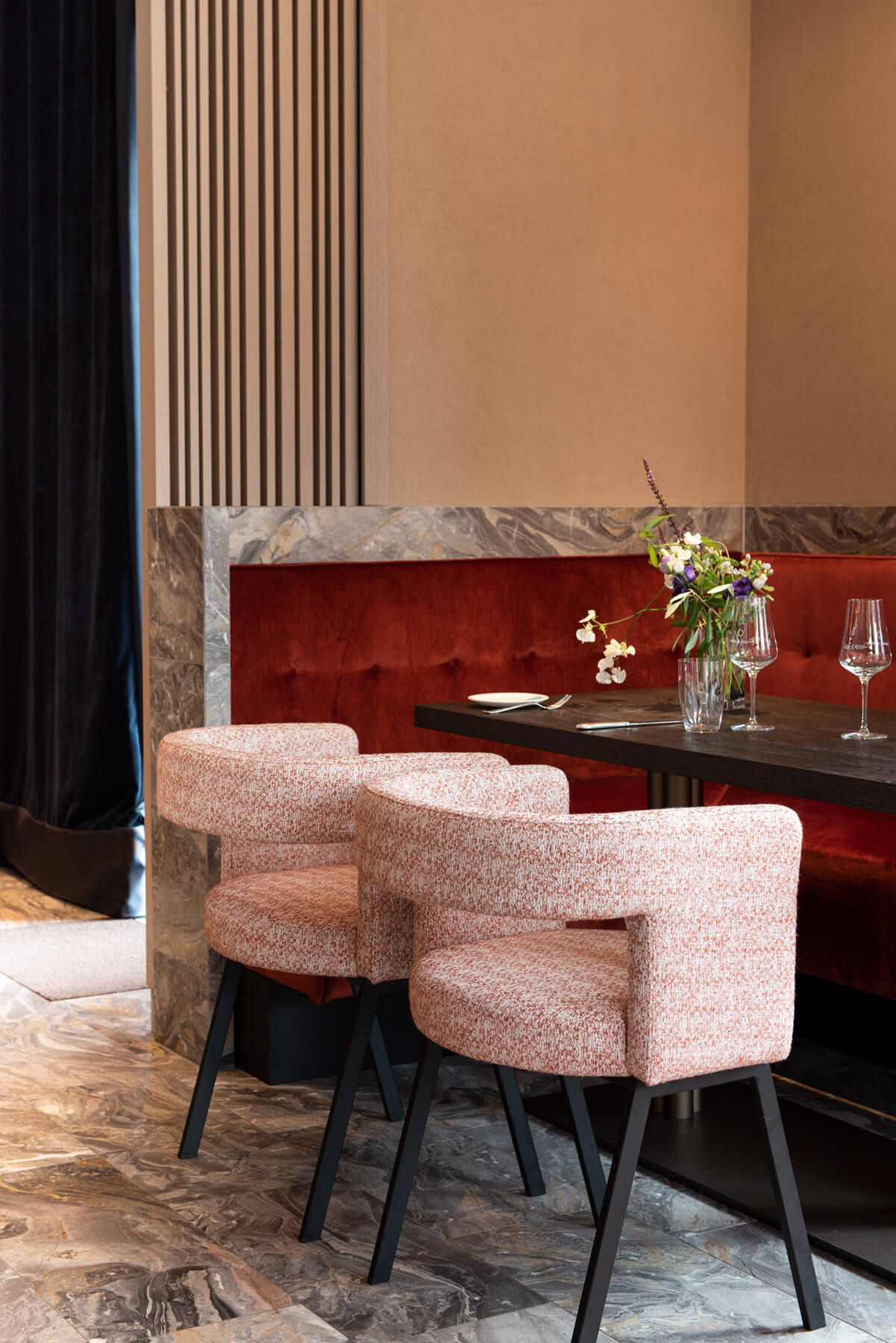 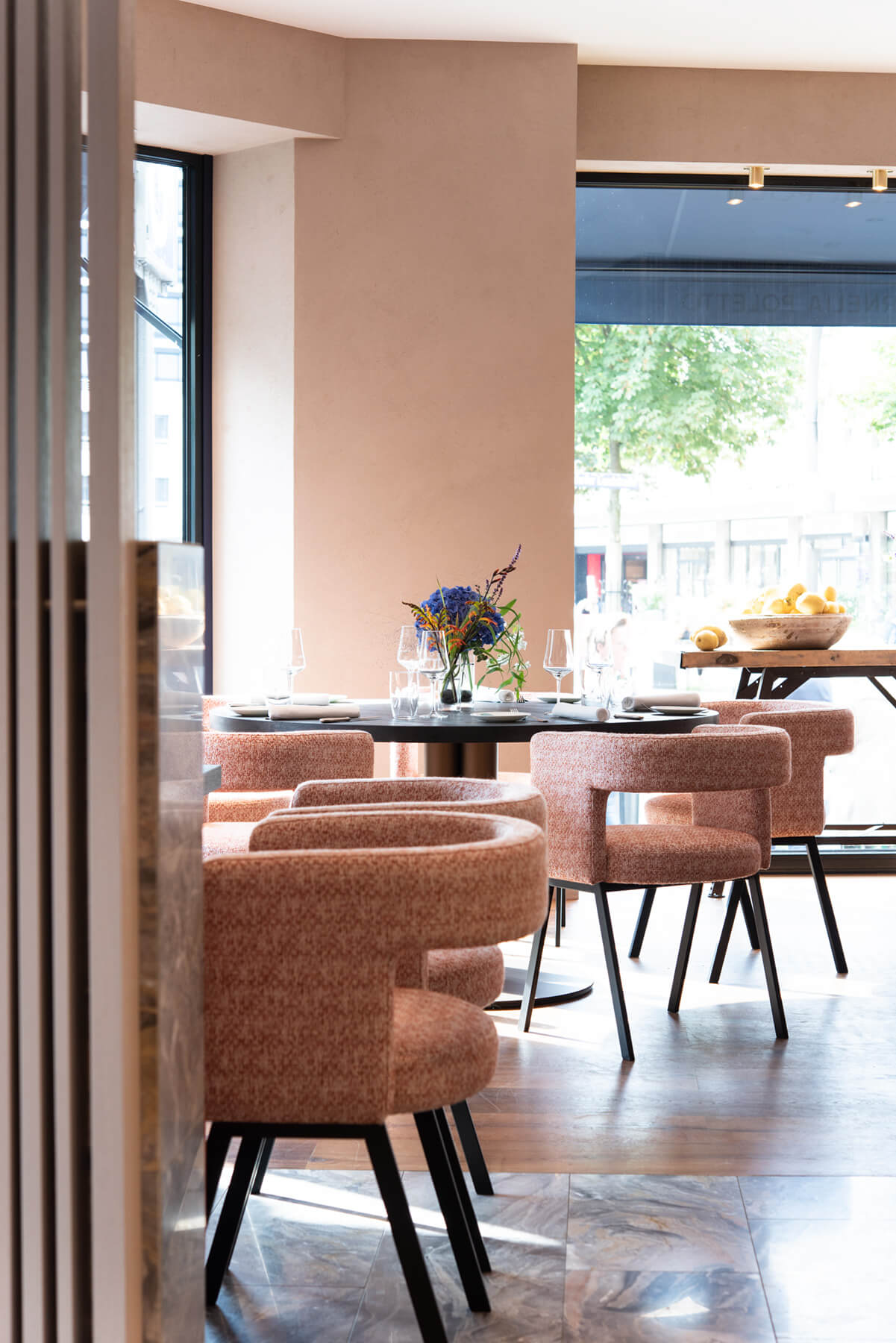 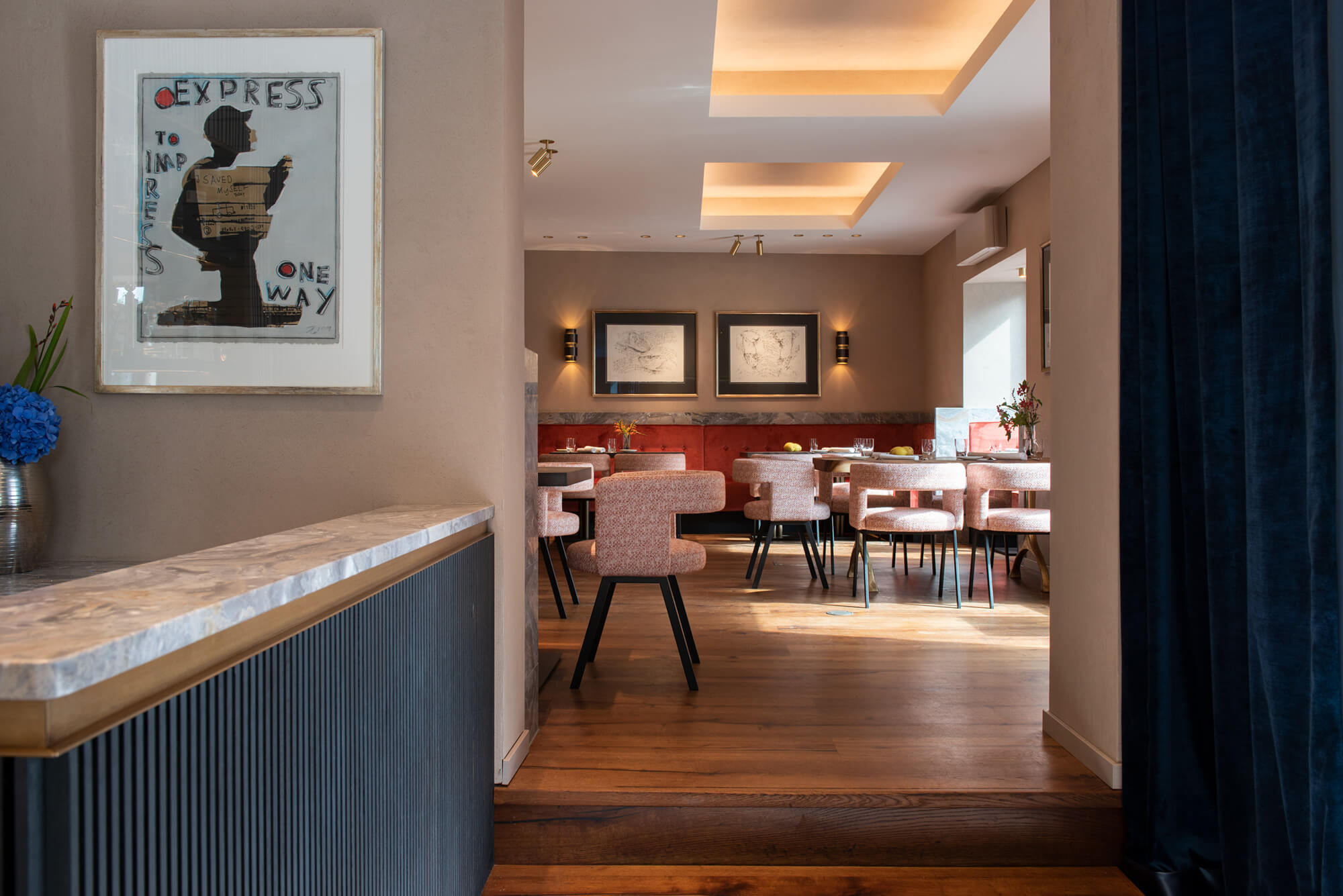 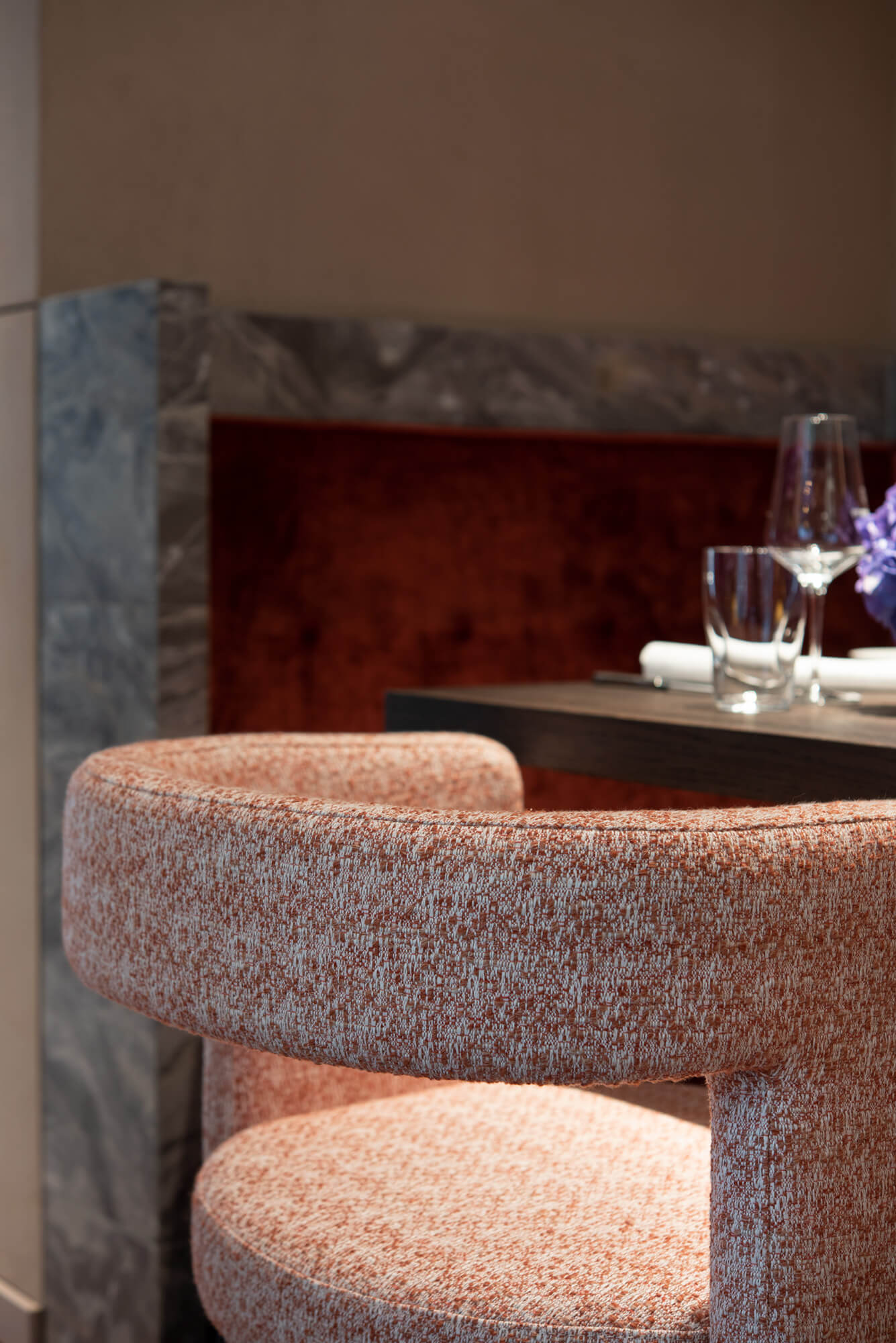 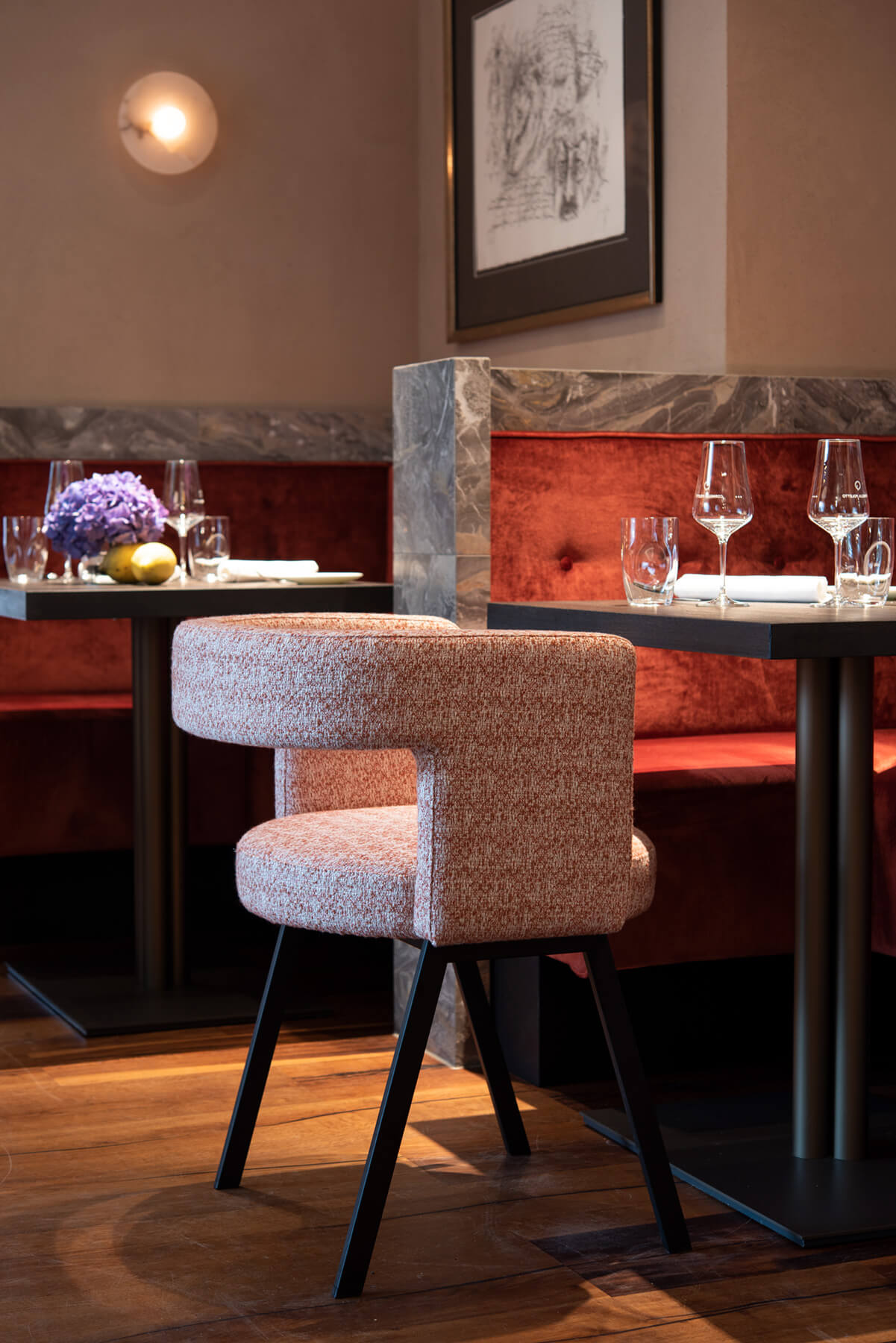 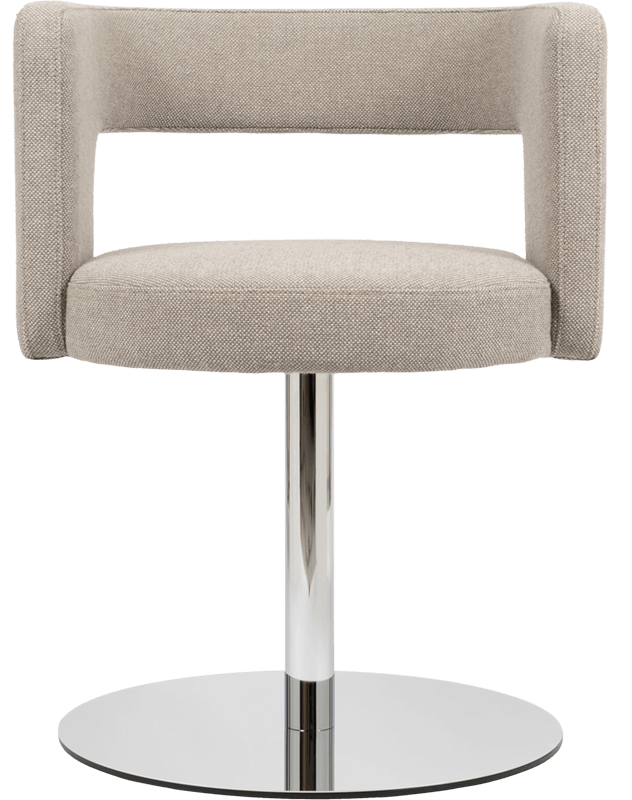 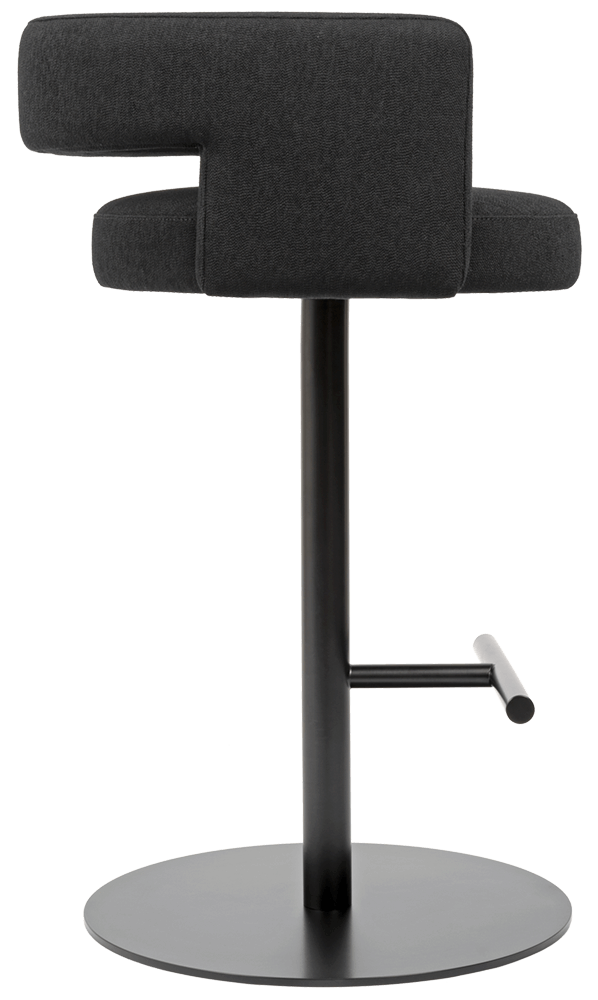