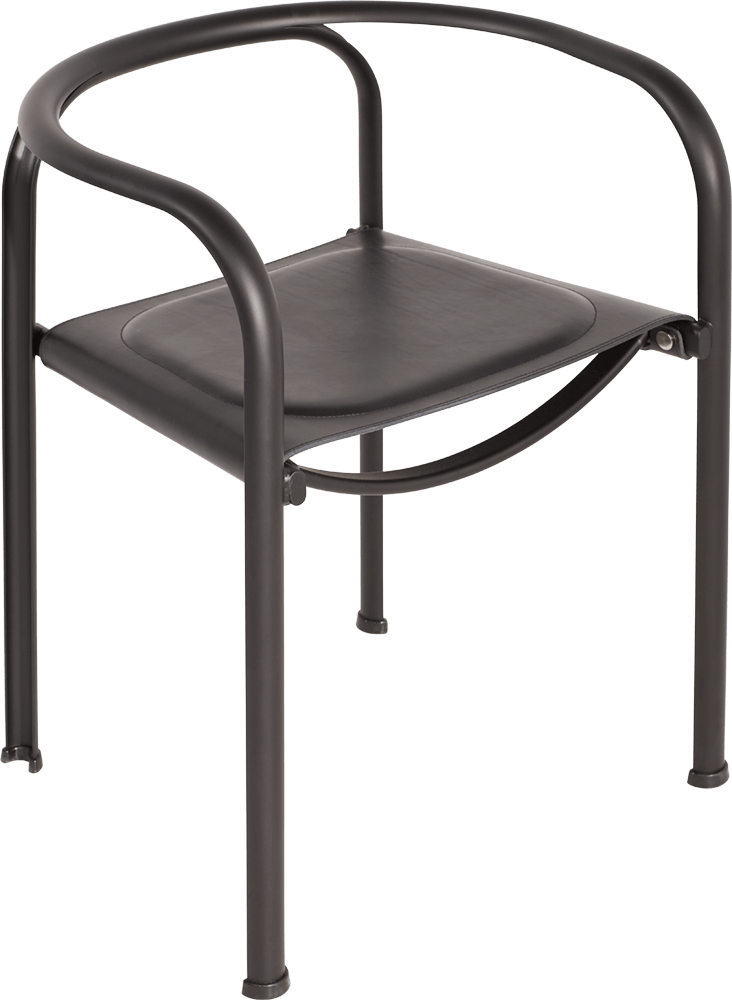 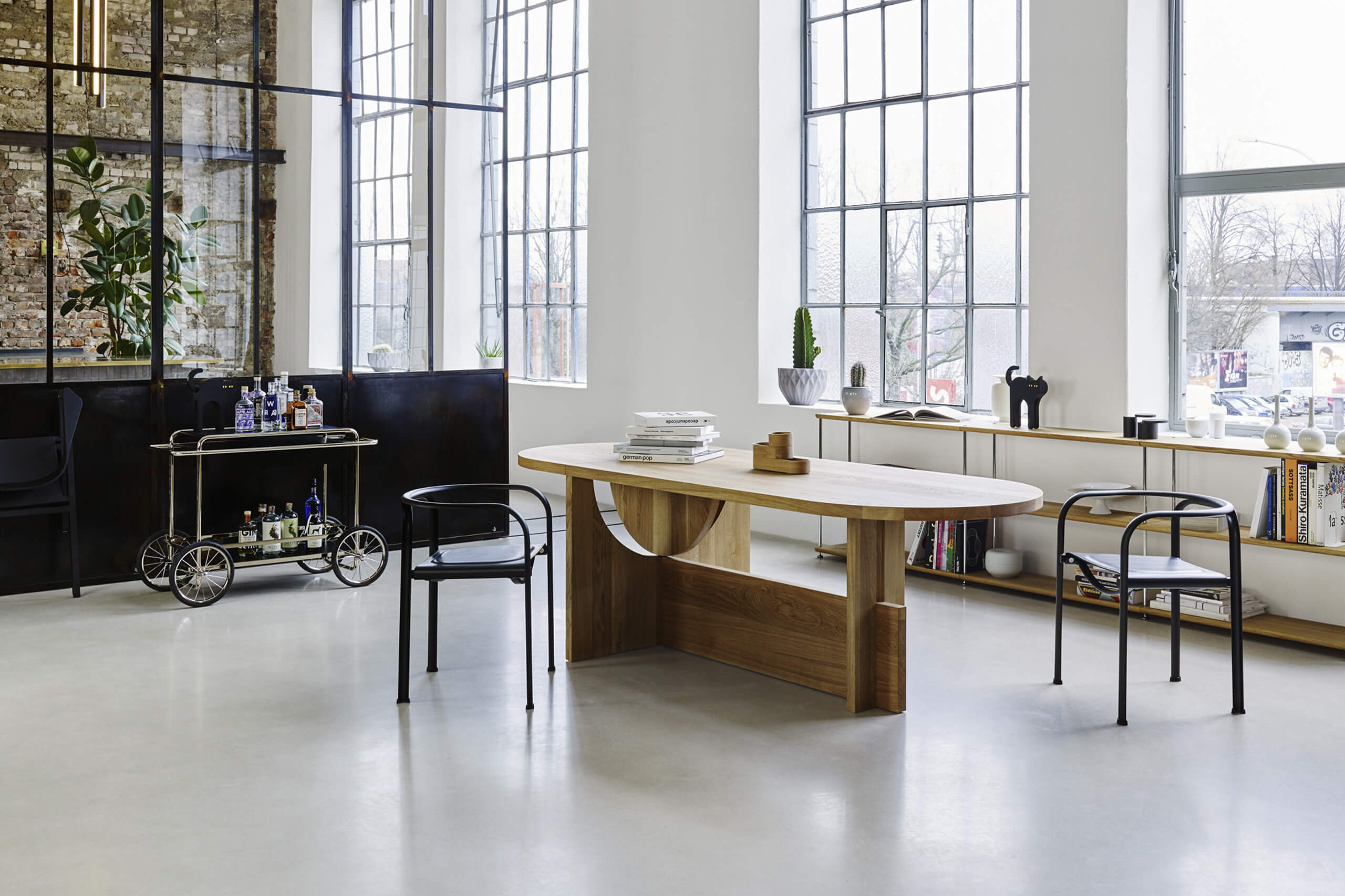 The Split Chair is a reinterpretation of classical tubular steel furniture based on modern technologies. Through the combination between high-tech and low-tech, the latest 3D laser technology and traditional tube bending, a construction has been created that combines simplicity and material efficiency, in a poetic manner. The frame made of powder-coated steel tube and the seat made of felt padded, sturdy saddle leather make the stackable chair comfortable and sturdy. 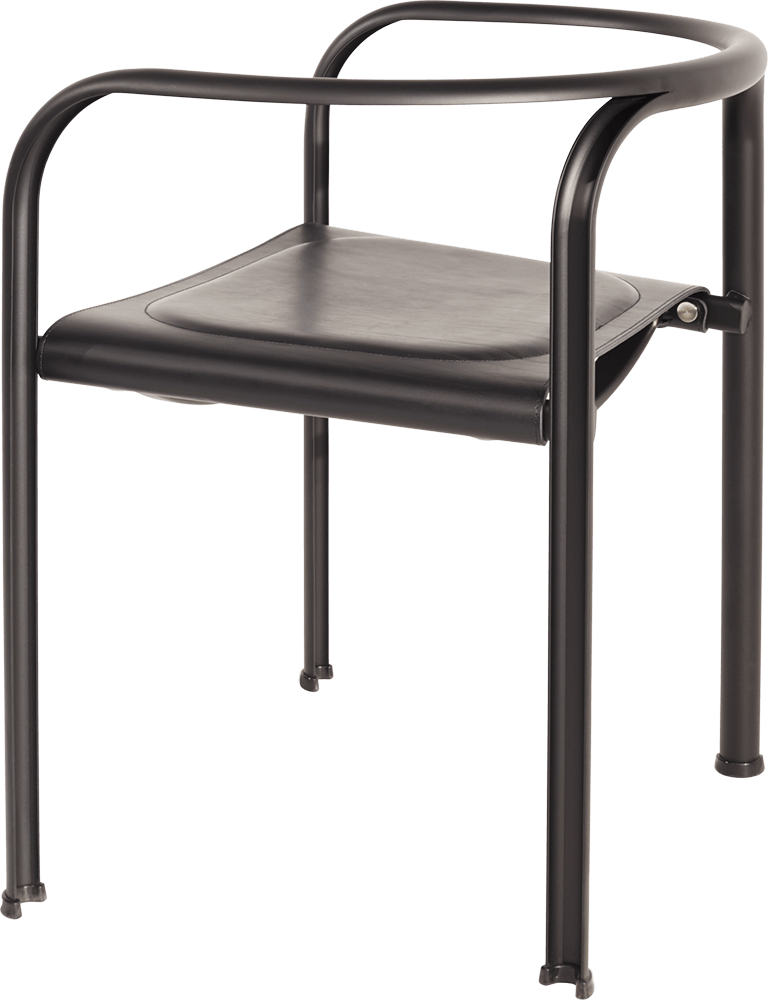 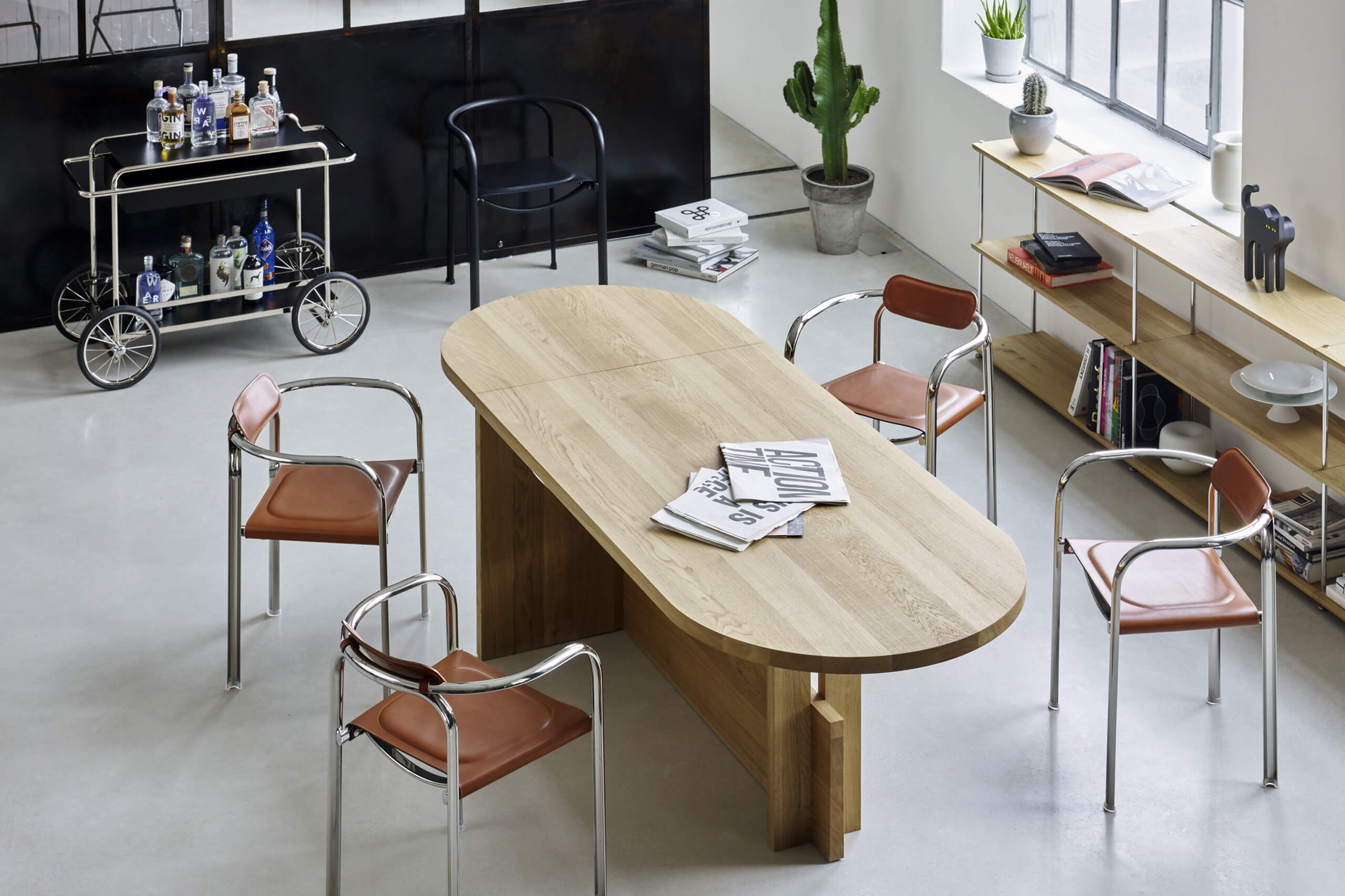 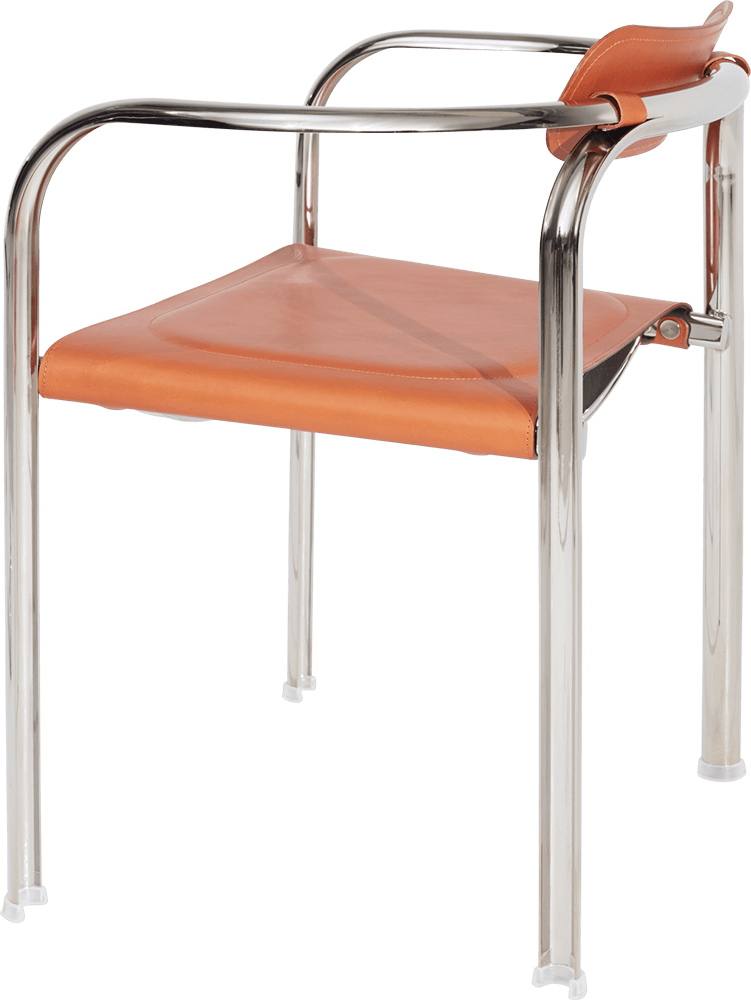 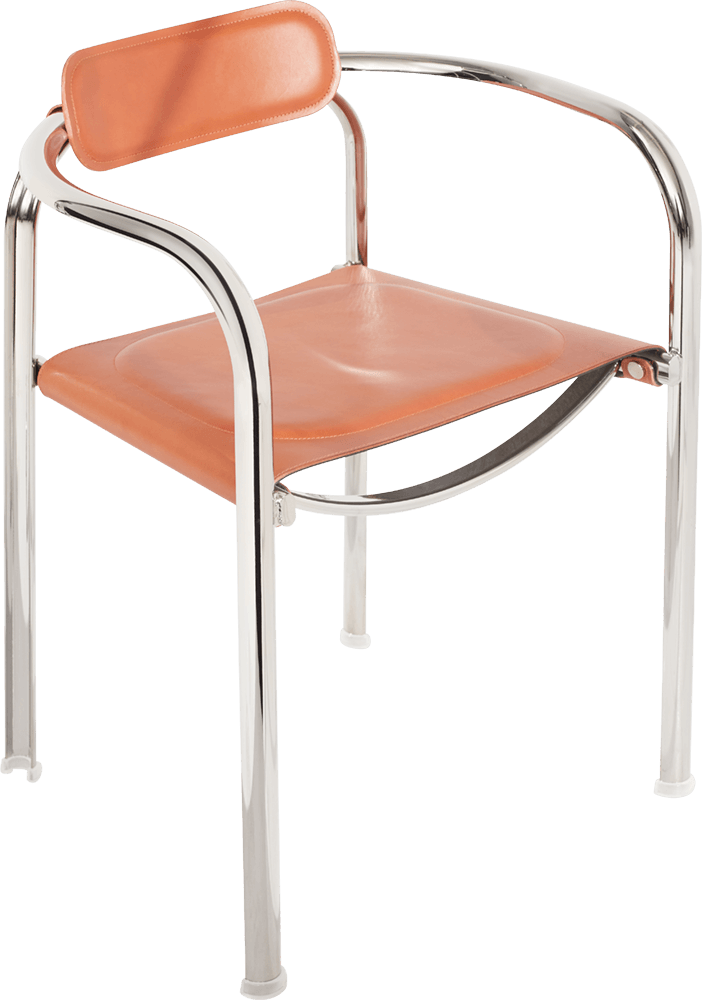 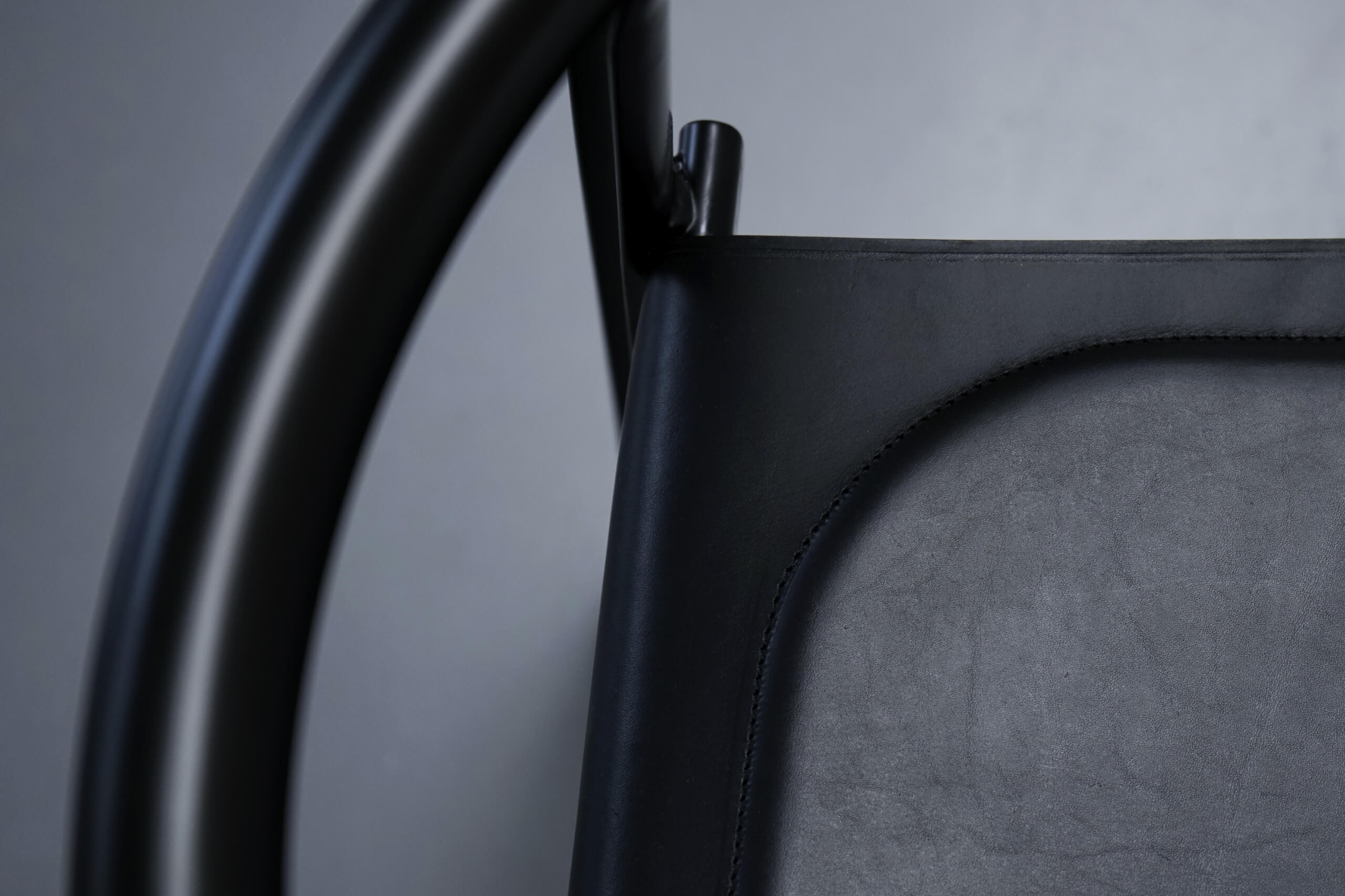 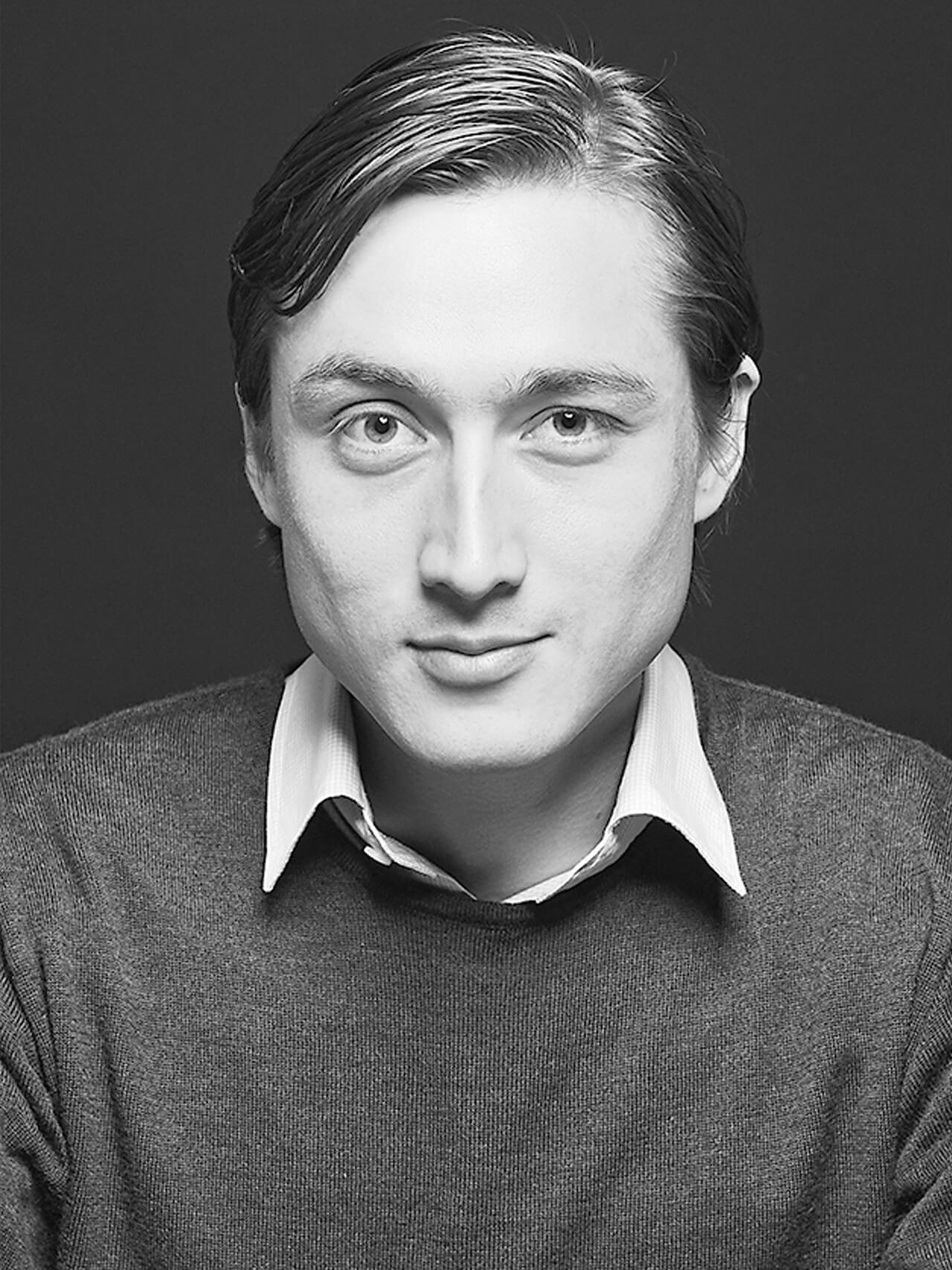 Daniel Lorch (born in 1980 in Baden-Baden) is a qualified communication designer. Before receiving his degree from HTWG Konstanz in 2006 he worked with the well-known design firm Integral Ruedi Baur et associés in Paris.

In Berlin he started designing his first products autodidactically. In 2010 he founded his company Daniel Lorch Industrial Design, later adding the brand L&Z. Since then Lorch has designed award-winning lighting and furniture as well as working on projects in the fields of industrial and exhibition design.

“Create new active relationships by designing relevant objects that are responsive to transition and spur our potentials” – the talented designer’s creed is epitomised by his first product for Tecta, the Split Chair.

What is behind the name of your new Split Chair for Tecta?
The Split Chair is made out of tubular steel. It owes its name to its unusual and innovative production method and appearance. We split the steel tube in the middle before bending it.

What inspired you to make the Split Chair?
It was a spontaneous idea that came to me during a kind of anatomical study of the steel tube. In the beginning I wasn’t even thinking of a chair. I had already used tubular steel to create some furniture designs such as the Marshmallow Chair and Sinus trestle. It was probably a certain boredom I felt after these designs that made me want to challenge conventional tubular steel constructions. I did some experiments and simply split the end of a piece of copper tube. The result was interesting. The idea of developing a chair in this manner only occurred to me later. A revolutionary concept that was not easy to realise.

Why did it take several years to develop?
It has been seven years until now, to be exact. Normally you start with the production process and from there develop a new product. With the Split Chair it was exactly the other way round. There was no suitable manufacturing process for the design. We had to invent it first!

You wouldn’t be able to tell from looking at the chair …
Well, it might look like a classic chair but – apart from the welding – it’s a hightech creation. We used lots of technologies that haven’t been around for long. Interacting with different specialists, i.e., suppliers, in the production chain was also a time-consuming process. During these seven years and our search for the right production method I created many designs – from futuristic to classic. In 2011 I presented the first prototype, produced by myself, at Milan Furniture Fair. The response was fantastic, some companies immediately wanted to produce the chair. But they faltered midway or even earlier.

Why wasn’t there a suitable solution?
They were able to produce the Split Chair, but they simply never got the ratio between production costs and sales price right. It was only Tecta’s Christian Drescher who had the necessary patience and persistence to bring the product to fruition.

And how did the cooperation with Tecta come about?
Christian Drescher and I met during the International Furniture Fair in Cologne in 2014. We got talking about tubular steel furniture, mainly about the development of the first cantilever chairs by Stam, Breuer and Mies. And sooner or later I told him about the Split Chair that I had been working on for quite a while.

How do your products and your philosophy tie in with Tecta’s portfolio?
Many of Tecta’s products – especially the tubular steel furniture – try to push the boundaries of production technology. For example, aplati is a technique developed by Tecta: you flatten round steel tubes to improve the stability of a cantilever chair. Tecta’s collections show the poetry of construction, which is also inherent in the Split Chair – in other words things that are created from the inside out, purely out of the construction.