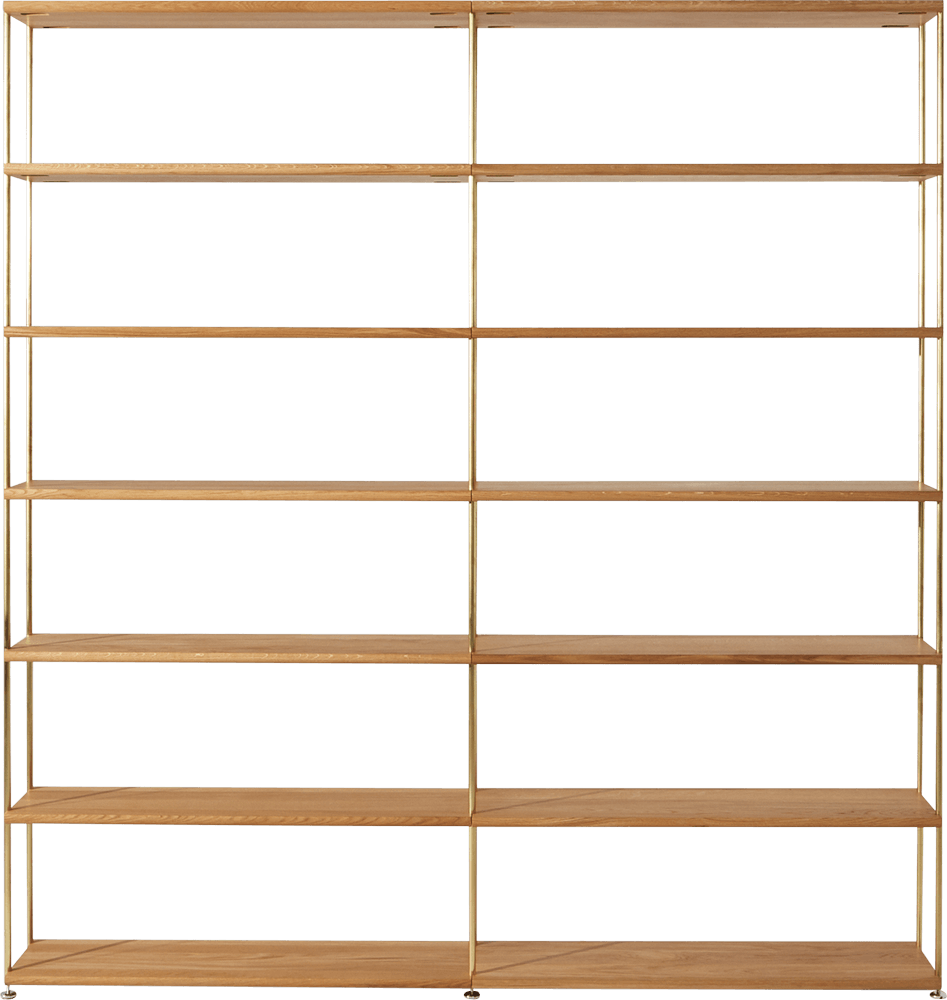 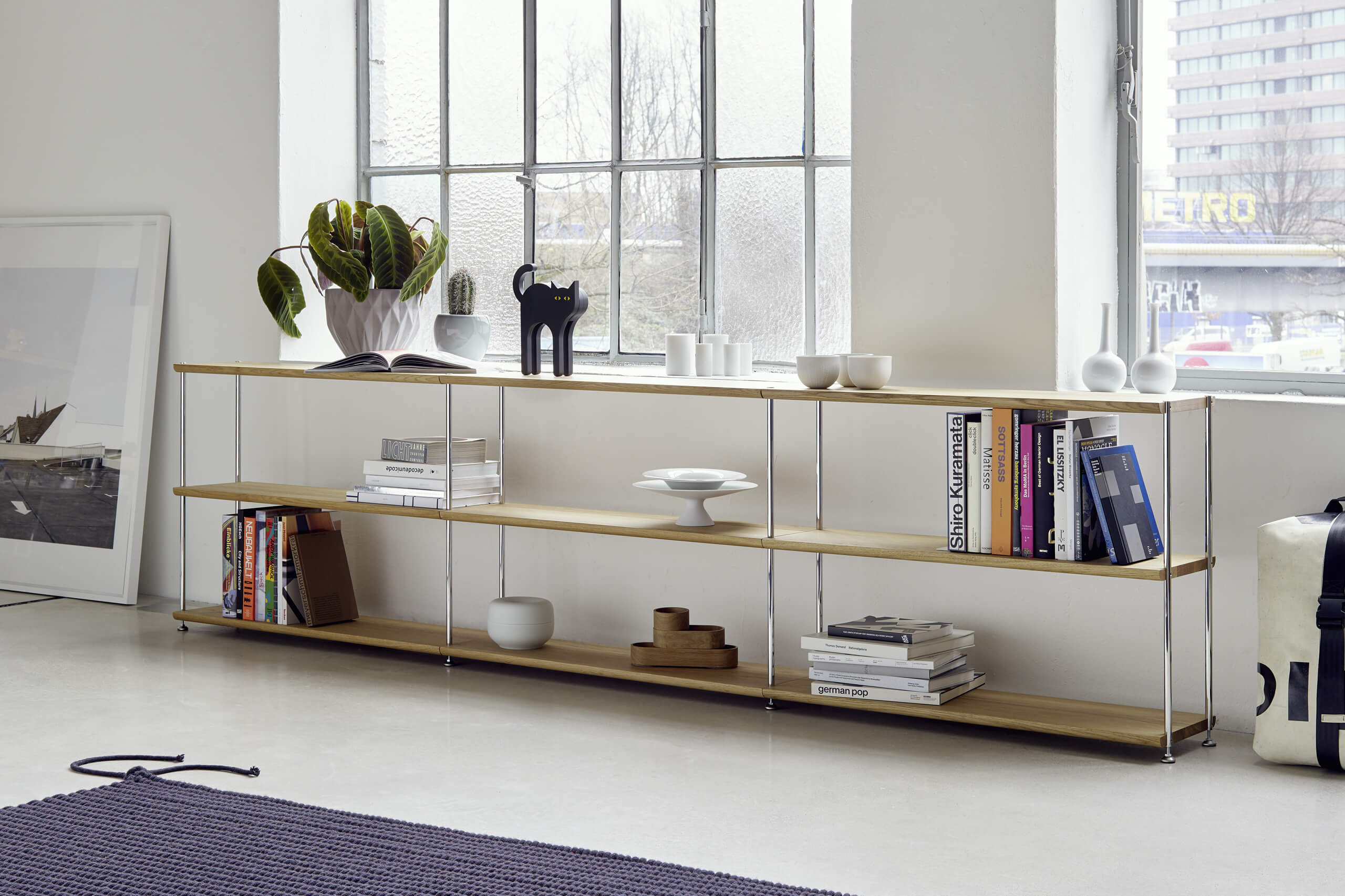 Tecta’s new S3 shelf system was born in response to an inquiry from the Vatican Museums. Due to the upcoming transport across such a long distance designer Klemens Grund immediately came up with the idea of developing a clear andsimple additive system.

“For me, a strong sense of clarity and structure are prerequisites for a goodshelf system. I developed the system as a grid with vertical and horizontal lines,”he says. “I wanted the wood to stand out in the horizontal dimension, to bring asense of calm to the room.”

Once in Rome, he was fascinated by the image of the omnipresent profiles crafted out of travertine stone. “They were the source of inspiration for thewooden edge profiles. I studied the play of light and shadow a lot,” recalls the 35-year-old designer.

The shelf system now has a nickname and is known as “Papstregal” = “thepope’s shelf” in the family. “This shelf system follows an architectural constructive way of thinking,” says the trained master carpenter and designer, who hasworked with Peter Zumthor, among others.

The system can be extended almost indefinitely both in length and width. The round vertical supports are based on the architectural principle of the “fixed-barcolumn”. Hence the shelves need no diagonal bracing. 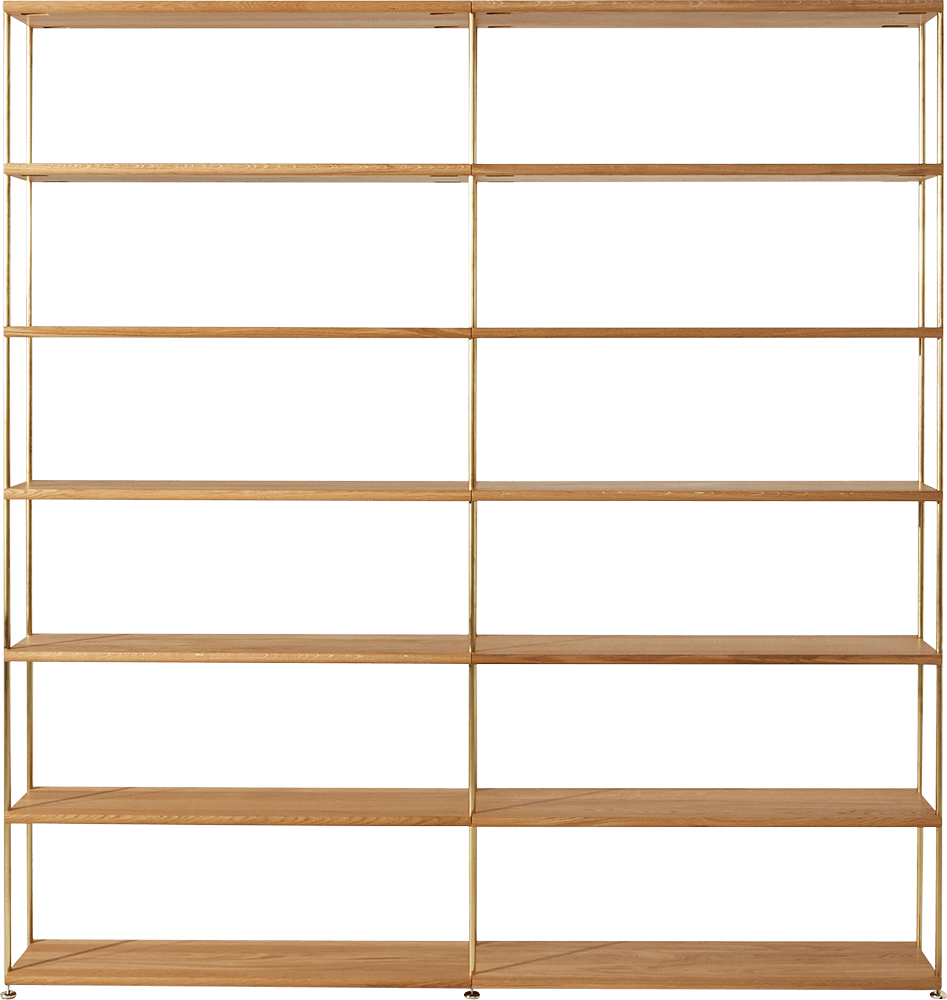 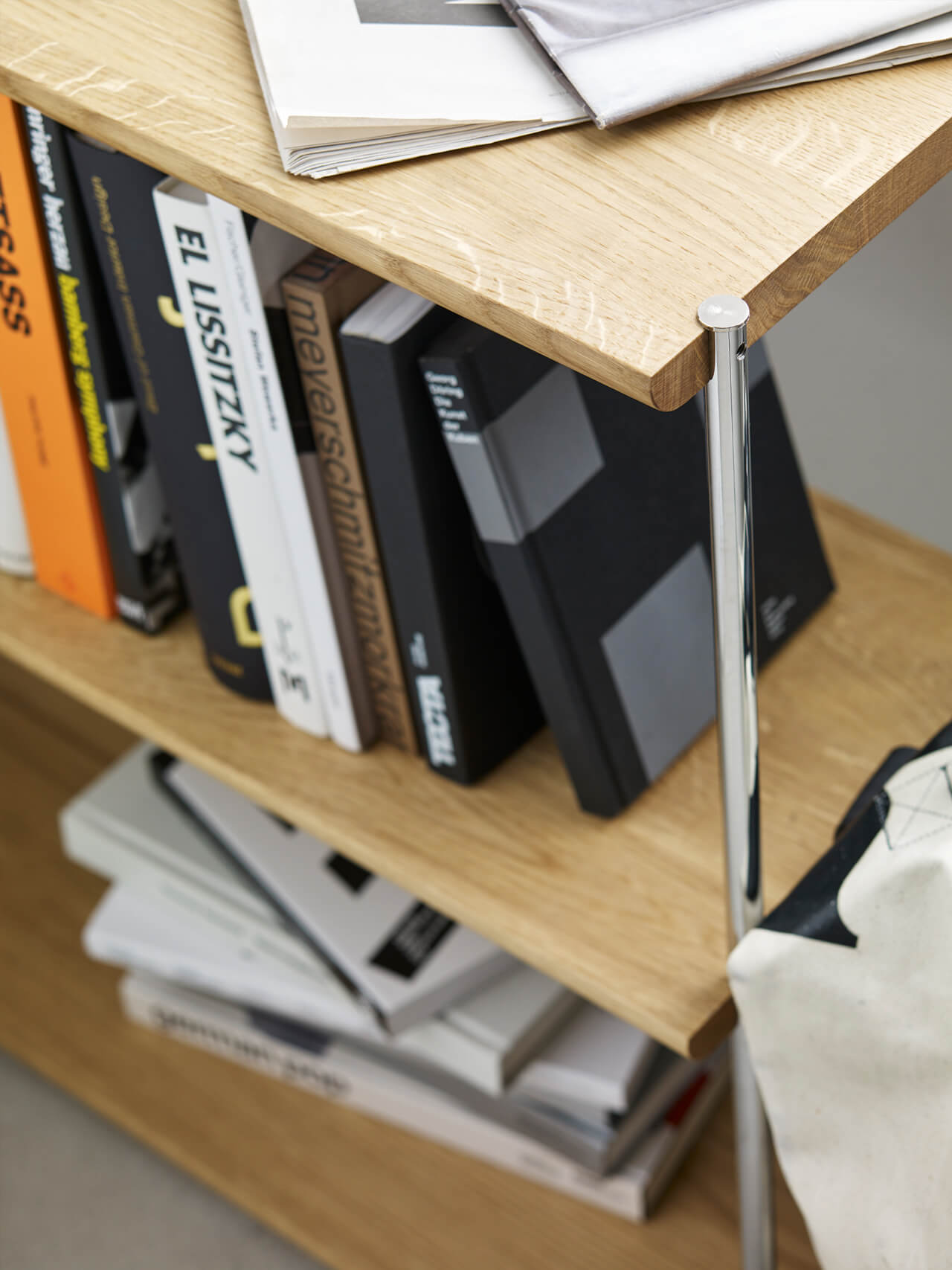 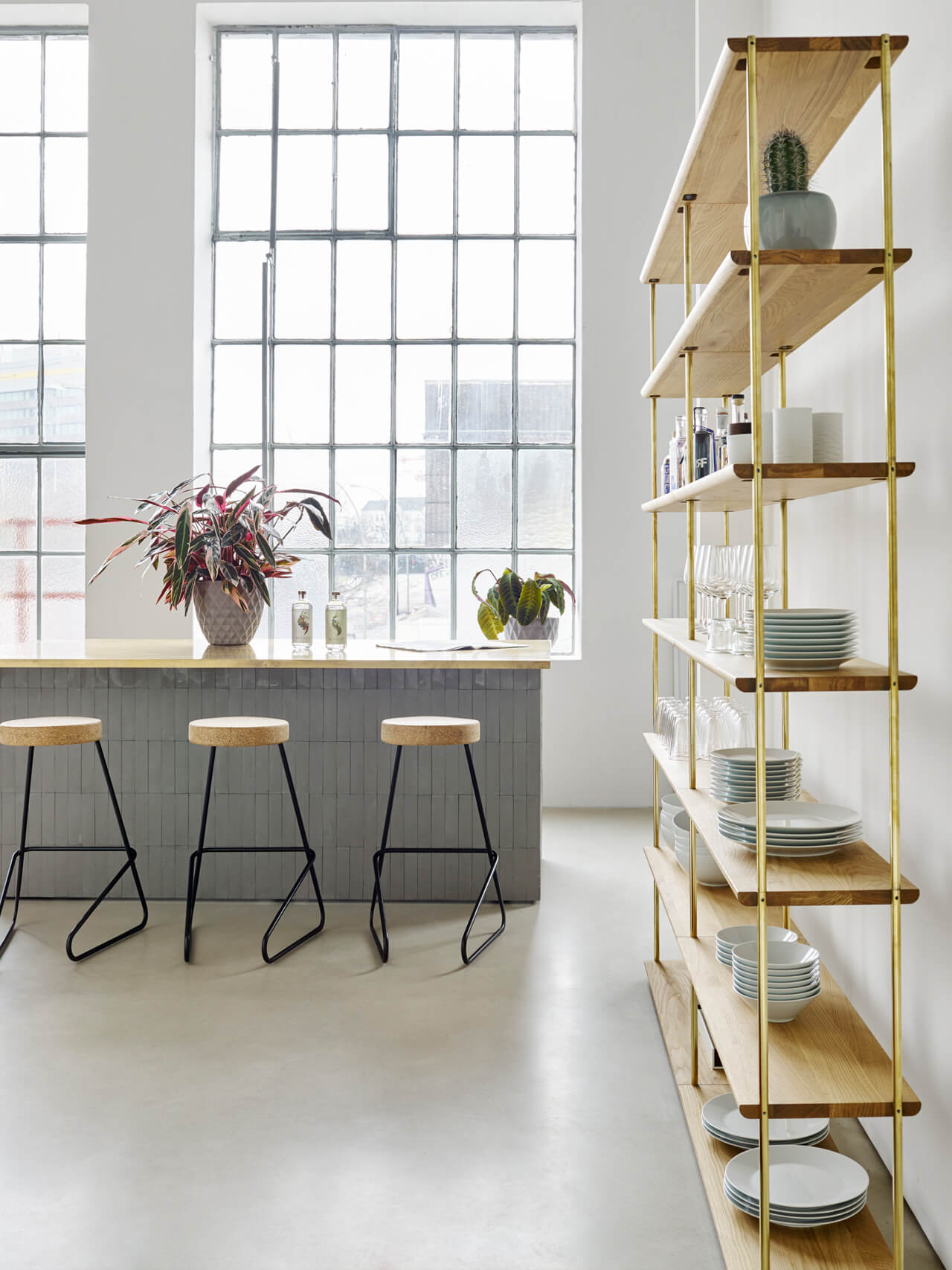 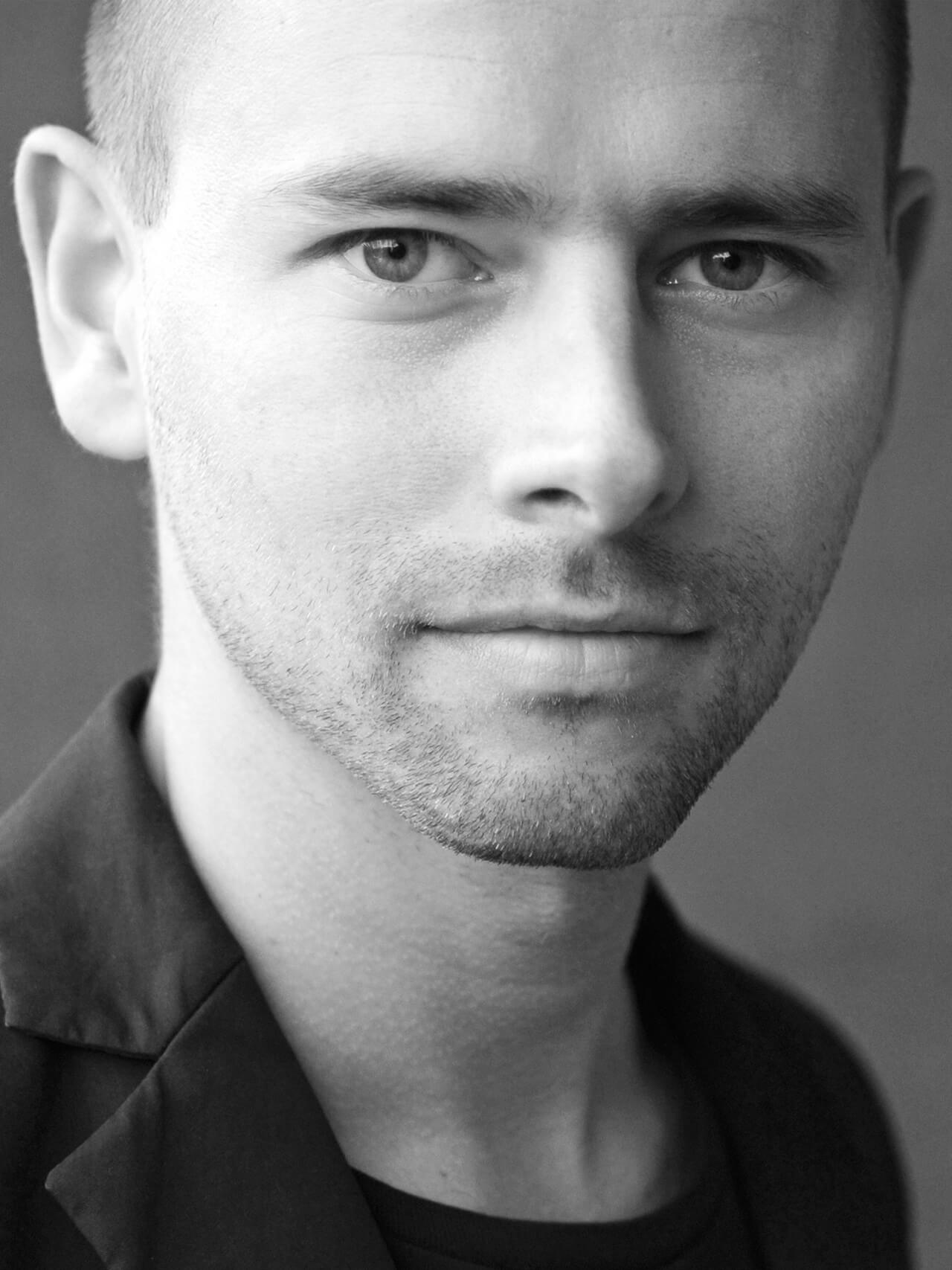 Klemens Grund (*1982) is Master carpenter. He studied design after completinghis carpentry training. He worked with Peter Zumthor. The architectural constructive philosophy that is the hallmark of Tecta’s collection is also reflected in the work of Klemens Grund.